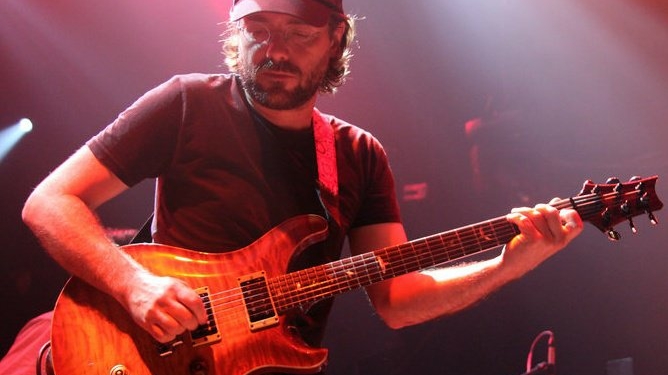 ALBANY — Lo Faber has horrible timing, and he’ll be the first to admit it.

His string of mishaps arguably starts in 1996 with an appearance on Late Night with Conan O’Brien. He’s on the stage with God Street Wine, the jam band he co-founded five years before, to promote its latest CD. As Coco introduces the band, he announces its historical significance — a performance to be seen.

“Here in New York City, a show that can also be seen and heard on the World Wide Web, so check it out,” O’Brien announces to his television audience. “Here is a song from their new album, ‘Red,’ it’s God Street Wine.”

It’s not the worst of situations. The moment captured on YouTube encapsulates society’s growing pains with how to reference the internet. Listening to the night show host is nearly as cringe-worthy as hearing someone say Information Superhighway. But, lost through time is how few people likely watched the live performance over their dial-up connection through American Online.

Honestly, it’s nothing to be ashamed of. Here’s one of the jam scene’s most influential bands of the time making its national television debut from their home in New York City. It was also streamed before streaming was a thing — the first band to do so.

You may contest the fact, but Faber will say you’re wrong. And, honestly, what credentials do you own that gives you cred enough to step up to a man holding a history doctorate from Princeton University? You don’t. So, just watch the video. It truly is all that and a bag of chips.

But endless touring took its toll and the band broke up a few years later. Faber retreated into a rural corner of upstate New York to pen something of a rock opera, an ambitious work named “Henry’s House” to which he dropped in 2001 — September 2001. Just a few days before the world was turned on its ear.

A little more than a decade later, Faber earned that doctorate degree to pursue a career in academia. Instead of bouncing across New England from college town to college town, he stayed stationary in lecture halls before undergraduates as a professor. Dr. Lo Faber. And, he said, it wouldn’t take long before his students learned of his jam band past. The newfound knowledge would often manifest through a bit of mischief on his Wikipedia page.

“It would always appear that I had an affair with Uma Thurman,” Faber said. “And, I’m pretty sure it was my students. I mean, I’m like, it’s not true. But if that’s what it’s going to say on my Wikipedia page, I can’t do anything about it.”

The historical significance of 2020 is not lost on the professor. Where the media draws comparisons to the Flu Pandemic of 1918, and maybe even the social and economic stressors leading up to the Pullman Strikes of 1894, Faber sees time as linear, not circular. There is no going back. There is, he said, science. Science pushes things — everything — forward.

After nearly 10 years leading a classroom, Faber returned to creating music in 2019 — Late 2019. Just a few months before the world was turned on its ear. He launched a tour from the Waterhole in Saranac Lake last January, logging in several steps across the northeast before virus mitigation protocols slammed the breaks on things. It was 2020, and like many other musicians, found a familiar conduit through the Information Superhighway.

“For musicians, I think it’s been a mixed bag. Even though we couldn’t play live,” Faber said, “we discovered other ways of reaching audiences.”

Where technology capped an internet audience at 20 million viewers on that April night in 1996, roughly 94 percent of all Americans — more than 300 million — now have broadband internet. The audience is there at the flick of a modem. Faber just needed to come to terms with playing in front of a silent webcam.

“The first time I did it I remember I was completely petrified. It felt completely awkward and weird,” he said. His first livestream featured him in front of his phone perched upon a music stand. In time, he upgraded to an ethernet connection and wired himself into a digital mixer. He adapted tools commonly seen with online gamers, including an ongoing chat room to interact with fans. “I did everything, and that took about the month of April. … I was really starting to enjoy having an audience that I could just play for and then I could be done and wander into my living room.”

On Friday, June 18, Faber will wander into a sold-out room at The Hollow Bar + Kitchen as part of a tour to promote his latest album Claiborne Avenue. The album lends insight to his love for New Orleans, the place he has called home for nine years.

“Some of the songs are united by being my experience of living here in New Orleans for about nine years now,” Faber said. It’s not “New Orleans-y” in sound, he added. It leans more towards folk than it does jazz.

Featured on the album are musical contributions from Ominous Seapod bassist Tom Pirozi and drummer Ted Marotta. Other artists include cellist Dave Eggar and Jason Crosby on piano and fiddle. Jon Bevo and Aaron Lieberman of God Street Wine can also be heard playing keyboard and guitar on the album, respectively.

The timing of Faber’s new album drops on the verge of what many anticipate is a renaissance for music. Artists were sequestered at home for months while live music was shut down. The additional time to pour into ideas and flush out new concepts have many “excited.”

“ I know it’s not just me,” Faber said. “I’ve talked to a bunch of artists who are really excited about the records they have coming out because they had more time to work on it, more time to think about it, than they really had in recent years. … I think we’ve got a lot of people with a lot of good records — already out or about to come out — and hopefully, I’m one of them.” 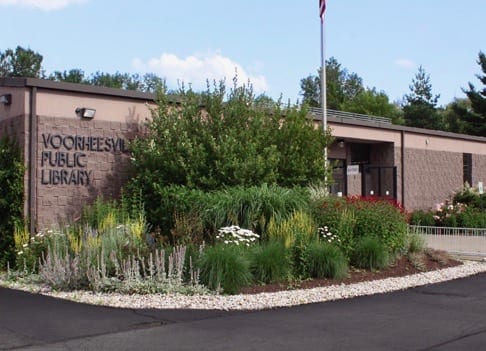