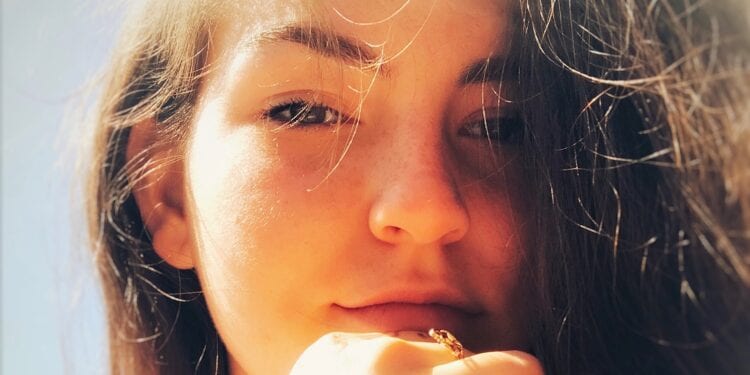 Dmitry Gelfand, known by his screen name D.Mitry, filmed “My True Fairytale” in 2020. The movie is based on Gelfand’s daughter, Alyssa Gelfand, after she died at 17 in a car crash in Guilderland. The 2017 crash also injured two of Alyssa Gelfand’s friends who were in the car with her.

“There is a whole narrative of emotions around this release,” Gelfand said. “I’m so happy the world gets to see the movie. Our friends and family will also be able to have better access to it. It would be so important to Alyssa.”

Gelfand said the release, which was made possible by Gravitas Ventures, came about because of the organic connection between the two parties. Gelfand was grateful for the connection Gravitas felt with “My True Fairytale” and he knew the company would be able to release the movie in line with his own goals for it.

“They really saw everything I hoped they would in it, with the characters and the storylines,” Gelfand said. “I really felt this was the right partnership.”

“My True Fairytale” follows Angie Goodwin, a 17-year-old who vanishes after a horrific accident in the close-knit town of Gardenland, Florida. As the police, her family, and friends search for her, she embarks on her own mysterious journey to “save the world” and fulfill her childhood fantasy of becoming a superhero. Angie discovers that she has incredible abilities and looks for ways to help everyone, as those around her deal with her disappearance. Goodwin’s character is based on Alyssa Gelfand. Gelfand said the title “refers to everyday life and how ‘we are living in a fairytale and it’s up to us to make it true. … It’s hard to tell you the reason why the film is called that way without seeing it. Everyone will have a special meaning.’”

Alyssa Gelfand was a junior at Guilderland High School, transporting two friends one evening but sustained fatal injuries when the car crashed into a tree. She died two days later. Guilderland police determined speed and the way the road dipped up and down — if one drives fast, their vehicle may briefly become airborne — contributed to the crash.

“I just remember at that moment that everything was in slow motion and you couldn’t comprehend anything at all,” Gelfand said at the time of the movie’s completion. “It was like I was in a vacuum and everything was soundless and motionless. I also had to call Alyssa’s mother to tell the news.”

Gelfand said the film is not a way of saying goodbye to his late daughter although it partially provides some closure for him, as well as for the rest of their family, friends and the Guilderland community. Instead, Gelfand is confident that his daughter has been with him during every step of the journey. He added he could not have completed “My True Fairytale” without the help of his cast and crew.

“I will never not be convinced that Alyssa is with me still,” Gelfand concluded. “She would be thankful I’m bringing her back to life.”

Art on the Rail Trail hosting virtual auction on April 19