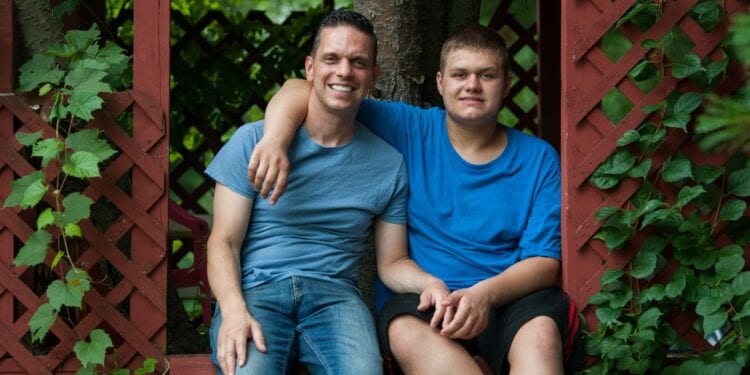 ALBANY — The plethora of symptoms and roadblocks those living with autism face can be daunting.

An autism diagnosis can be scary. However, the resources available for those traveling on the journey are plentiful. One specific resource in the area, The Autism Society of the Greater Capital Region, is working hard to dismantle the stigma around autism and is using the power of words to convey the magic those with autism create in their daily lives.

The Autism Society is one of many nationwide organizations advocating for a name change this April; while April is traditionally known as Autism Awareness Month, the society is really pushing to change the recognition to Autism Acceptance Month in honor of those who walk the journey and the contributions they bring to our society. This name change will build momentum around the society’s mission for communities to be more aware of autism, promote acceptance and to become more inclusive in everyday life.

“A lot of people are aware of autism, but just because you’re aware of something doesn’t mean you’re accepting of it,” Kristen Guastella, communications consultant for The Autism Society, said. “By changing this title from awareness to acceptance, we are showing our friends that we love them, regardless of their strengths or limitations. We want to break the stigma around autism and continue to show those living with it can live meaningful lives.”

The Autism Society of the Capital Region’s executive director, Janine Kruiswijk, added to Guastella’s statement in a press release, adding, “As we have moved from Autism Awareness Month to Autism Acceptance Month, we continue to work towards a greater appreciation of every individual impacted by an Autism Spectrum Disorder. Embracing diversity makes for richer relationships in our communities and leads us to [celebrate differences.]”

According to statistics provided by the organization, one in 54 children will be diagnosed with autism. This statistic has doubled itself; in 2010, one in 125 children were diagnosed. Recognizing this continued increase, The Autism Society’s goal for AAM is to further increase awareness about autism signs, symptoms and opportunities through: information and referrals, events, printable and digital resources, and community partnerships. Awareness leads to acceptance, which is often one of the biggest barriers to finding and developing a strong support system throughout the lifespan.

“As chair of the State Assembly’s sub-committee on Autism Spectrum Disorders, I’ve been working to ensure people with disabilities have a stronger voice at our State Capitol,” Assemblyman Angelo Santabarbara said in a press release. “As the father of a son with autism, I’ve also learned firsthand that one of the biggest hurdles for people living with autism is forming connections and finding a space in their community where they are accepted and celebrated for who they are. That’s why it’s crucial that our work doesn’t stop at awareness, but instead goes a step further in order to foster a society of acceptance. Celebrating April as Autism Acceptance Month is an important step forward in building stronger support systems for individuals with autism and helping them reach their full potential. It’s our differences that make communities stronger, and I’ll always be an ally for all those with disabilities and their families.”

Guastella said the society is pushing even further, hoping to eventually change the acceptance into appreciation. She said the lack of resources available for those living with autism after 21 is still a massive gap in care; while many districts will house students with severe-enough autism until they are 21 years old, Guastella said there is a very steep drop off in care after that point. Many of the resources around autism are geared toward children and families, which presents a challenge for an adult who was never diagnosed and is now navigating the new challenge alone. Another speed bump for those who are diagnosed later in life is the lifestyles around it; while children who are diagnosed young can be raised with strengths in mind and a game plan to focus on how to live with autism, many adults who are diagnosed are often balancing jobs, marriages, children, mortgages — the list goes on, and if someone is facing a particularly severe case, those other responsibilities can become overwhelming.

“While we will always work to spread awareness, words matter — the need for acceptance is greater than ever, as we strive for autistic individuals to live fully in all areas of life,” Christopher Banks, President and CEO of the Autism Society of America, said in a press release. “Many individuals and organizations recognize April as Autism Acceptance Month and we hope that our advocacy efforts can officially designate April as such, and create language consistency across this community.”