by Kaitlin Lembo
in The Spot
Reading Time: 2 mins read 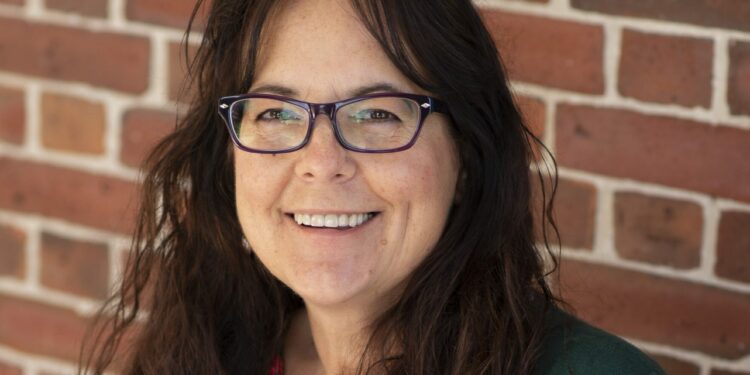 BALLSTON SPA — Even for veterans of the trade, online dating is terrifying.

You’re usually meeting up with someone you’ve never met. You need to ascertain pretty quickly if you are comfortable enough not to leave immediately. Many people are wishing for a drink just to ease the awkwardness as your date sizes you up across the table. How are you supposed to decide if this person is worthy of a second date in the time it takes to eat your chicken?

Cari Scribner knows this all too well. The former Saratoga reporter for Spotlight News has dabbled in the online dating world enough to write a tale, titled “A Girl Like You,” inspired by a 50-something-year-old woman’s foray into the abyss after a divorce. The novel was released on Feb. 9 and is available at Northshire Books in Saratoga, Barnes & Noble and on Amazon.

The story, published by Circuit Breaker Books, centers around the fictional Jessica Gabriel as she begins her journey into dating. Gabriel, under the screen name “ariesgirl,” runs into a bunch of studs and duds during her time on the web. Helping Gabriel along is her two children, both in their 20s, who are also dealing with the perils of online dating. As she gets more familiar with the process, her kids act as her guide, often reminding her what to do and not to do when chatting with people you can’t validate right away.

“I think so many of us are in such a hurry to find love quickly, whether they are just out of a marriage or are still trying to find the right person,” Scribner said. “I feel like something I’ve learned in my own life is older people tend to walk into it with many more expectations.”

Expectations in dating are always prevalent, but the obstacles for those jumping in later in life tend to be more daunting; you’ve been married, sometimes more than once. You have children, you might even have grandchildren. Unlike the 20-somethings online dating tends to market toward today, those in their later years often walk in with more history, which can mean hoping five plates stay spinning instead of one when finding a potential match.

“The story of Jessica was so fun to write because she’s such a warrior,” Scribner said. “While many people will give up, she’s able to laugh at her experiences and keep taking that risk.”

Scribner is already hard at work on “A Girl Like You”’s sequel, “A Place Like This,” and is excited to keep putting her heart into her craft.

“This book isn’t about the world of dating for someone in their 20s,” Scribner concluded, “and I think the world definitely needs more of that representation.”

POINT of VIEW: The good and bad of bail reform

2020 shapes Bethlehem’s future in both good and challenging ways