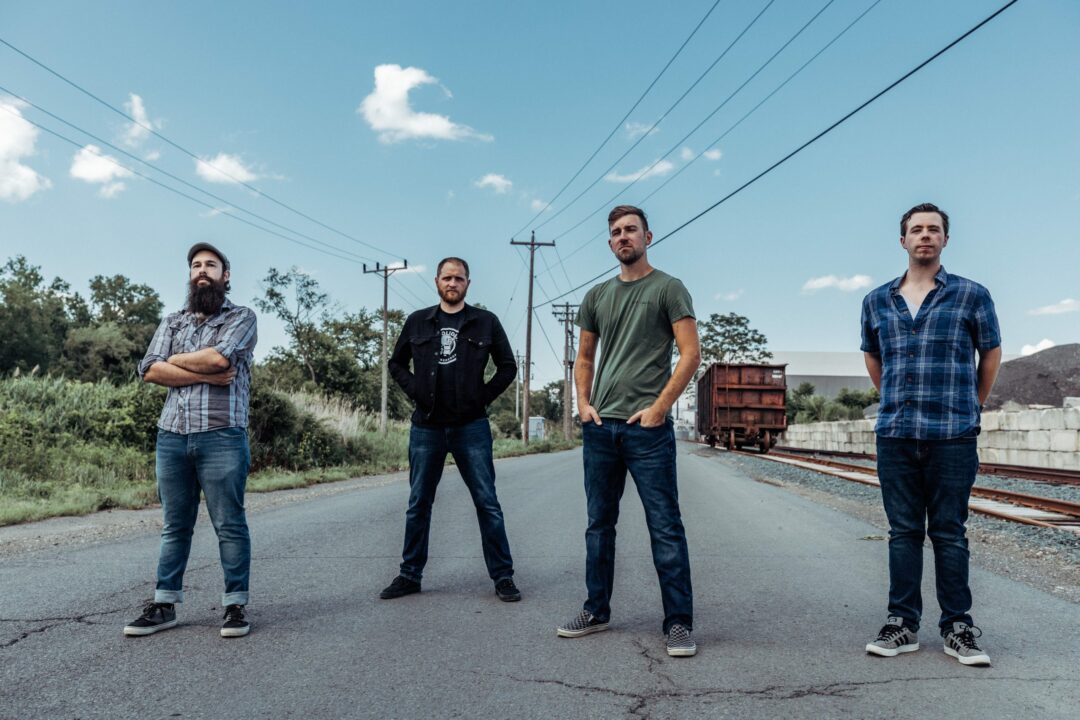 ALBANY — When E.R.I.E signed with Mint 400 Records in mid-August, it was a second chance.

The release was days before the COVID-19 pandemic shut New York down. E.R.I.E wasn’t able to have its release party and the album was inadvertently put on the backburner.

“We put our heart and soul into this album and it all came to screeching halt suddenly,” Foster said. E.R.I.E’s drummer, Chad Flewwelling, added it felt like the wind was behind the band until the pandemic hit.

E.R.I.E was born in Albany. Its existence is credited to a scary moment in Foster’s life; his heart stopped for 15 seconds on his bathroom floor. Once he woke up, he was in the hospital being prepped for emergency surgery. He spent three days in the hospital, pondering what would come next.

“I was wallowing and not really putting any solutions forth at that point,” Foster said. “Nothing productive was coming from it. Once I was in the hospital, I knew I wanted to play loud music. I missed playing music.”

E.R.I.E adopts a motivational tone to its writing as opposed to the self-cynical stylings of the music industry. Foster said many of the songs he writes — a hobby his bandmates poke fun at because he never stops — are messages to himself. He listens back and can hear the point he’s trying to convey in his life. The point of E.R.I.E’S music is what its leaving behind. Foster added the music he writes isn’t always easy, but it’s enjoyable and cathartic.

“Writing for myself means there are no guarantees, but I’m putting myself first and getting my feelings on paper,” Foster said.

E.R.I.E became familiar with Mint 400 records after a friend (and influence) of the band, The Racer, was signed. Foster decided to reach out to Mint 400’s owner, Neil Sabatino, with a demo. Sabatino responded quickly, immediately liking what the band was putting down. Sabatino said when he passes around demos to his team, they know within 30 seconds if it’s something they want to pursue.

“We, in general, listen for unique vocals and lyrics, good songwriting and that it falls into the vein of indie rock or folk,” Sabatino added. “With all of our bands we not only are signing them based on the current release they have, but we are looking at the potential we think they have to write great future albums.”

Flewwelling and Foster said everything with Mint 400 felt right, as it all fell into place while the world is still in quarantine. Flewwelling added it makes it all the more fun, as the quarantine presents new challenges to overcome and new ways to get out there.

E.R.I.E finds a lot of its inspiration from local bands, with most of its Facebook influences listing acts within the 518 music scene. Flewwelling, a native of Flint, Michigan, said local acts, both here and in Michigan, inspire him to step it up.

“Flint was where many bands, like My Chemical Romance and Yellowcard, came through on some of their first tours,” he said. “It always encouraged local musicians to hone our talents and gave us some goals.” Foster added performing next to local acts and supporting the scene is something that feels attainable and a way to give back to the community that has given the band so much.

“Re-releasing Don’t Wanna Live, Don’t Wanna Die feels like this amazing second chance for the world to hear something we worked so hard on,” Flewwelling concluded. “While our meetings as a band are few and far between, we are working hard on creating new demos and getting back in gear.”