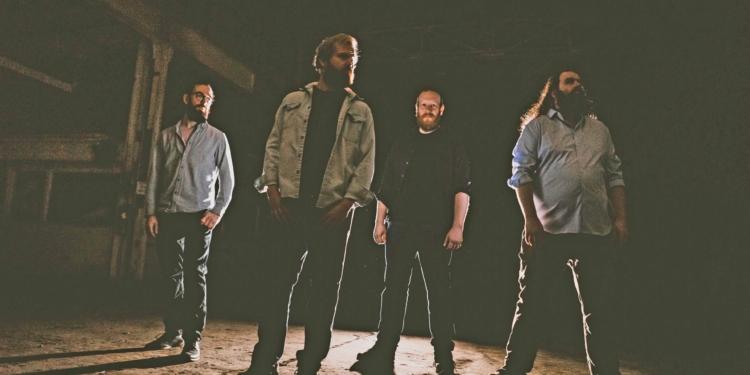 Bendt personifies a congenial music scene that is far from competing with one another, and all about supporting each other. Kiki Vassilakis

ALBANY ­— Intended or not, Bendt once minted an indelible impression of itself as a champion for the local music scene.

It was the WEQX Battle of the Bands at Jupiter Hall. Perhaps it was just a kind gesture, but in the 15 minutes the four had to earn the opening gig at Pearlpalooza a few years ago, they each wore t-shirts from other local bands. The spot went to another band, but the point was made. Bendt personified a congenial scene, that even in competition, there’s still room to lift everyone else up.

“There’s so many musicians here,” said Carl Blackwood, Bendt’s guitar player. “People rag on this area, but there are hundreds of bands and thousands of musicians.”

Albany has a fickle temperament towards its champions. In sports, fans went to the Times Union Center to watch the River Rats win games and earn a championship, but once the team started losing, fans stopped going.

The music scene, however, is a winner that appears to be getting some buy-in. Since that night in Jupiter Hall, we have a few more radio stations — including one internet based station in Waterford — playing local music. There’s now a Grammy-style award ceremony paying homage to local talent. There’s even a second attempt at a hall of fame, too.

“As a player, some of my favorite shows I’ve ever been to are when people are just paying attention,” said Blackwood. “There may not even be that many people there, but if they’re paying attention, that’s when I feel good.”

Bendt doesn’t have to take stewardship of the local music scene. It is, however, a knowledgeable purveyor of it. Blackwood works the sound at AMC’s The Linda along with Bendt frontman Matt Plummer. They have the best seat in the house to some of the best shows that roll into town. The ability to shape the music from the soundboard each night allowed them to walk into the recording studio with the needed vocabulary to help produce the band’s latest album, “Brightness in the Barrens.”

“Brightness” was produced by Justin Pizzoferrato of Sonelab in Easthampton, Massachusetts, Blackwood said Pizzoferrato captured the sound of some of the bands — Tool, David Gilmour — that have inspired the group using “old school” analog equipment. Each musician recorded his track in the room with the rest of the band, which Plummer said will give fans an authentic, live performance feel.

“The physical medium, for us, is where it’s at,” said Plummer. As physical formats go, vinyl records are still more expensive to produce than CDs and cassette tapes, which are making a comeback. “I still listen to vinyl, as do millions of other people. We had to figure out, if we are going to do something physical, we might as well go for it.”

It’s the follow-up to the band’s 2017 self-titled EP. “It was five really good songs to start out with as a band,” said Plummer. “But, as soon as we got those songs down, we wrote another 10, 12 songs. As you do. And, we not going to not play those songs live.” The band dropped “Symptoms” as the first release off the album last month. Blackwood’s gritty guitar riff at the start will sound familiar. It’s been featured in area shows the past two years and has since been a favorite. “The ironic things is those who are used to seeing us for the past two, two-and-a-half years,” he said, “they know a lot of the songs on the album.”

Bendt drops “Brightness in the Barrens” with a record release party at Lost & Found in Albany on Saturday, Feb. 29. Bad Mothers is scheduled to open the night at 9 p.m, and the night is hosted by Michael Gregg of Zan and the Winter Folk. Admission is $12 at the door, $10 in advance. A $30 ticket buys a copy of the album with admission.

“We really wanted to make it a package,” said Blackwood. “It’s important to have a tangible thing.”

McCoy: County will increase services in 2020

PICK OF THE WEEK: Driftwood, Zan and the Winter Folk play The Hollow on Friday