Sean Lewis, an accomplished man of letters, has no time for self-doubt 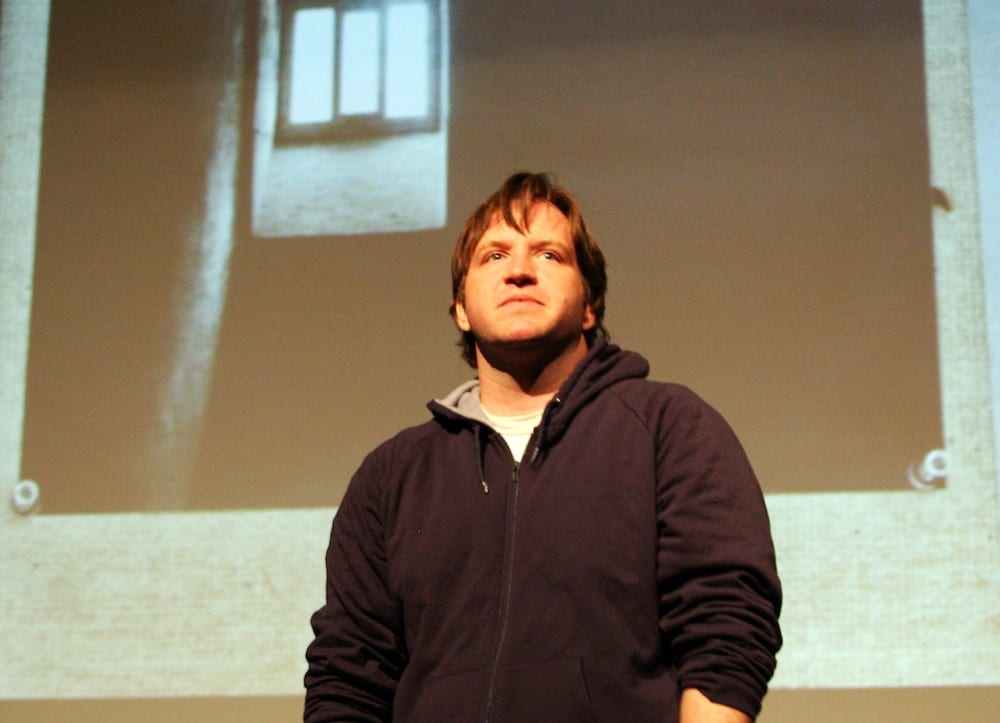 Sean Lewis has an appreciation for today’s gig economy. The playwright considers himself a freelancer, and as such, is constantly “puttin’ in work” towards the next project.

Calling himself a freelancer is less cumbersome. To explain it eloquently, he’s a man of words. To be more practical he’s a lecturer in Skidmore College’s media and films studies program. That’s the steady paycheck he earns between those projects. Those projects, however, vary in medium and that’s where you have to sit down and listen to him. When he speaks, he can share a multitude of ideas within a New York minute. And, they’re fascinating ideas, so you want to pay attention otherwise you risk missing something.

Among other things, Lewis is the co-creator and writer of several comic books, including “Saints,” “The Few,” and “Coyotes.” Last year, he published a new series titled “Thumbs” through Image Comics, the same publishing house Todd McFarlane started after the artist parted ways over creative differences with Stan Lee’s Marvel Comics. McFarlane stretched the level of comfort his executives had with the violence in the Spider Man books he was creating. He left Marvel to launch Image, and introduced the world to Spawn. Lewis still has that No. 1 issue.

That leap of faith, taking an idea and following it through its course is what Lewis does. With “Thumbs,” Lewis said he was with artist Hayden Sherman when a question presented itself. Imagine someone like, say, Facebook’s Mark Zuckerberg created his own army of tech-obsessed teens and directed them to take on the government. What would the fallout be?

Lewis took a similar approach while pitching a book to Image. He’d only been writing comic books for a few years when he mailed a cold query letter. It’s as if he doesn’t take the time for self-doubt to fester and slow him down. He doesn’t have time. While putting in the work on multiple projects at a time, he blocks time out of each day to work on specific tasks. Not one bit of time is devoted to the question, ‘Imagine someone like, say, me pitching a bad idea to a major comic book publisher and failing miserably.’ He wrote the letter and sent it.

What would be the fallout be?

Three months later, just as he was about to take the stage in one of his own productions at Keene State University, he received a call on his cell phone.

“We were on tour and Eric Stephenson (Publisher and Chief Creative Officer of Image Comics) called me,” Lewis said, with a laugh. “We were literally about to go on stage. He was like, ‘We should do your comic,’ and I was like, ‘That’s awesome. I need to go make an entrance.’”

Among other things, Lewis is a playwright. The theatre was something he stumbled into only after he was closed out of creative writing courses one semester as an undergraduate. He had walked into the University at Binghamton with aspirations of following Philip K. Dick. As a fan of the science fiction writer, Lewis said he enjoyed writing about “people having a laser gun.”

“I was a bit of a social misfit who then became more of a chameleon,” Lewis said. “I was a fat kid. My parents got divorced pretty early. My mom got remarried, but there was always a bit of distance, I felt. I always felt like I didn’t completely fit in. By the time I got to high school, I figured out how to merge into different groups successfully, without ever really feeling at home anywhere.”

His love of writing developed from a veracious reading habit as a youngster. Though he wrestled in high school, he said it wasn’t his crowd. But, when he attended a party full of members of Binghamton’s drama department, he said he found his path. That path led him to the Master of Fine Arts program at the University of Iowa.

“Iowa changed everything,” said Lewis. It was the same program that produced Raymond Carver, Flannery O’Connor and John Irving. “My mind was super blown. It gave me three years to just write,” all the while providing him the opportunity to attend workshops and seminars with award-winning writers such as Tony Kushner, the Pulitzer Award-winning writer of “Angels in America,” and Amy Wallace, the bestselling author of “The Book of Lists.” Through Iowa, Lewis later earned his own accolades.

“There’d be certain times where theaters would just approach the school looking for who wrote the most interesting play this semester,” Lewis said. “And, I’d find myself off in Florida with a production going on because of it.”

After Iowa, Lewis spent the next ten years in theatre before starting his own touring production. The socially awkward kid who later wanted to be the next Philip K. Dick went off and did his thing. Imagine what the fallout would be? His work as a playwright, solo performer and director has earned him the NEFA National Theatre Project Award, the Kennedy Center’s Rosa Parks Award and the National New Play Network’s Smith Prize among others with his work appearing off Broward, internationally and in Tony Award-winning theaters across the country.

“A lot of people keep themselves from doing certain creative endeavors because they’re like, ‘There’s no way I can figure out the mechanisms of that,’ because it’s been made to feel like a monolith,” Lewis said. “If you know a lot about story, you know the story you want to tell, and you have a healthy enough ego to get people who are better than you and let them be really good at what they do, you can probably direct something successfully.”

PICK of the WEEK: Tragedy melds hair metal with icons from the disco era in a unique medley of music