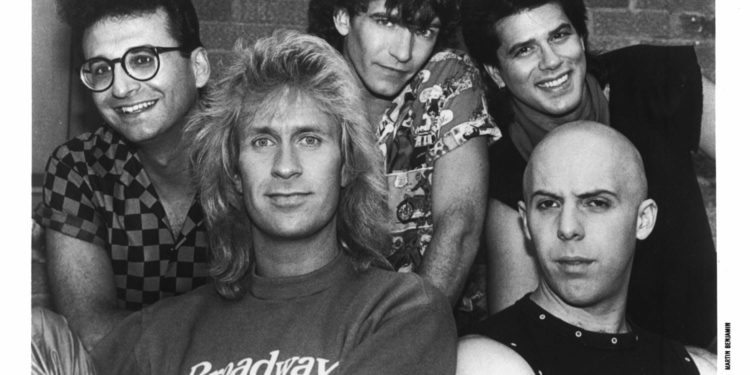 SARATOGA SPRINGS — A member of the Grand Ole Opry, a woman who founded an iconic American coffeehouse and two local connections – one incidental and one influential – to MTV are among the six 2020 inductees in the Capital Region Thomas Edison Music Hall of Fame.

The Accents, Blotto, The Fidelitys, Hal Ketchum, Lena Spencer and John Sykes are to be inducted March 9 at the site of the Eddies Hall of Fame, Universal Preservation Hall in Saratoga Springs.

The induction ceremony, to be held on March 9, includes a dinner and live music. The event is open to the public; tickets are $50 and are available at universalpreservationhall.org

A regional music scene cornerstone for more than a half century, Schenectady drummer Benny Cannavo created the original lineup of The Accents in the late 1950s with Peter Rizzo of Schenectady (accordion) and Amsterdam residents Vince Siciliano (bass) and Carmen Filanova (guitar). Some 40 other musicians have participated since, including Cannavo’s sons Joe (keyboards/vocals) and Frank (guitars/vocals.) Benny Cannavo retired in 2008.

Albany-based Blotto combined new wave and soul/R&B with comedic themes. Sporting pseudonyms on recordings and on stage, the quintet’s songs were played on radio’s “Dr. Demento Show” and the video for “I Wanna Be A Lifeguard” was played on MTV’s first day on the air in 1981. The band was active 1978-1984, with subsequent reunions.

Briefly called the Mellow-Tones, the Albany doo-wop group The Fidelitys appeared three times on TVs “American Bandstand” and had several appearances at Harlem’s famed Apollo Theater with Fats Domino, Jackie Wilson and other stars. Earl Thorpe (bass); Emmitt Smith (lead), Maurice Newton and Robert McCann (tenors) and Arthur Morning (baritone) reached No. 60 on the Billboard pop charts with “The Things I Love.” The group was active 1956-1970, with subsequent reunions.

Grand Ole Opry member Hal Ketchum has sold over 5 million copies of his 11 albums. The Greenwich native had 17 Billboard Hot Country Songs chart entries from 1991 to 2006. Three singles — “Small Town Saturday Night,” “Past the Point of Rescue” and “Hearts Are Gonna Roll” — all reached No. 2. A painter and a master carpenter, he acted in the films “Heartbreak Hotel” and “Maverick.” He retired in 2019 after a 33-year career.

Lena Spencer was founder and owner Caffe Lena from 1960 until her death in 1989. At the time the Saratoga Springs venue underwent a $2 million renovation in 2016, America’s oldest continuously operating coffee house had hosted over 35,000 artists performing some 16,000 shows, including a young Bob Dylan, Don McLean, Emmylou Harris and Ani DiFranco.

Schenectady native John Sykes, president of Entertainment Enterprises at iHeartMedia since 2011, was named chairman of Cleveland’s Rock and Roll Hall of Fame in 2019. He has been president at VH1, president-North America at Chrysalis Records, executive VP of artist acquisitions at EMI Music Publishing, chairman and CEO at Infinity Broadcasting and is an MTV Networks co-founder.

(UPDATED) Standoff in Selkirk ends peacefully in the night