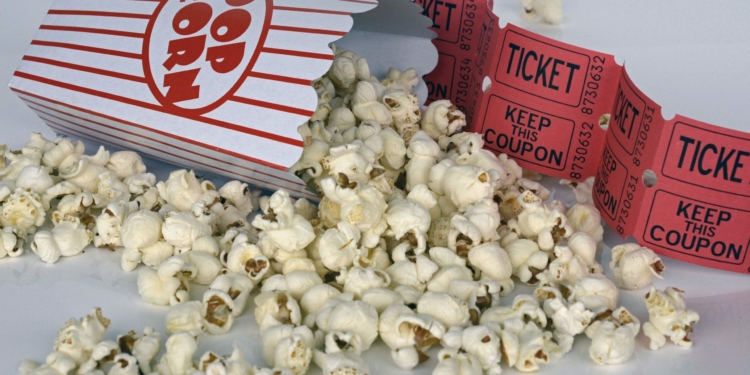 Should Gov. Andrew Cuomo have his way, movie theaters across the Empire State will be allowed to serve beer.

The governor unveiled his intention to propose an amendment last Friday, Jan. 3, for the upcoming State of the State address. Legislation would allow local movie theaters to serve alcohol. It’s a means of providing yet another attraction to theaters competing against a stay-at-home-and-stream-it community.

“New York’s craft beverage industry is flourishing thanks to eight years of targeted investments and forward-thinking policies that are attracting new businesses and supporting our booming tourism industry,” Cuomo said. “This measure will remove outdated Prohibition-era rules that hamper private sector investment, ensure we’re training the next generation of workers in a critical industry and give more New Yorkers the opportunity to responsibly enjoy a drink at the movies.”

As a way to boost the state craft beverage industry, Cuomo is proposing an amendment to the ABC law to allow the sale of beer, wine, cider, mead and spirits at movie theaters.

“We are thrilled that the governor and his team are adding this important initiative,” said Joe Masher, president of NATO NYS and chief operating officer of Bow Tie Cinemas. “We have fought long and hard for movie theaters without full kitchens and permanent tables at every seat to have the ability to apply for a liquor license with the State Liquor Authority. Theaters all across the state will be able to provide an important amenity to its guests, promote New York State wine and craft beverages, and the tax revenue generated from alcohol sales will benefit the state.”

Current state law only allows movie theaters with full kitchens and tables inside the screening rooms to offer the sale of alcohol to their adult customers. With increased competition and diversification of video content creation and consumption methods, movie theaters faced with competition have been investing in upgrades and advancements to the movie-going experience. While these investments are attracting new audiences, they have increased operating costs with many theaters struggling to pay for these upgrades without additional sources of revenue.

“I want to thank the governor for his continued support,” said Lynn Kinsella, owner, The Aurora Theater. “With the changes to the industry such as the conversion to digital projection, fighting against piracy, new streaming services and sophisticated HD home theaters, small movie theaters are facing even higher costs. To adapt, movie theatres are looking for new ways to enhance the movie going experience, including providing alcoholic beverages to offset these rising costs and retain employees. This proposal helps me do that and frankly without it, it will be hard to survive.”

Under Cuomo’s proposal, adults holding tickets to movies rated PG-13 or higher could purchase alcoholic beverages, provided only one drink could be sold to a customer at a time. This proposal will provide theater operators with additional revenues, assist in the economic development of downtowns, and provide New York craft producers with additional retail outlets.

“We are very excited that the governor will be making the alcohol proposal in movie theaters a priority in his State of the State,” said Robert Sunshine, executive director of the National Theater Owners of New York State. “With all the competition coming from media and steaming services, it is critical for movie theaters to be able to offer this amenity to its customers. It is necessary for movie theaters to have this ability to serve alcohol so they can compete with other entertainment sectors.”

The legislation should prove to be a boon for local craft beverage companies that have flourished in recent years. Over the past eight years, Cuomo has worked to modernize laws and has launched promotional campaigns to make it easier to start and grow new craft manufacturing businesses. Since the his first Wine, Beer and Spirits Summit, the number of farm-based licenses has increased by over 181 percent from 282 in October 2012 to 792 today.

New York now ranks in the top five in the U.S. for its number of craft beverage producers in every category. The state ranks first in U.S. for the number of hard cider producers, second in craft distillers, third in breweries, and fourth in the country for the total number of wineries.

However, the idea that Netflix and other streaming services are killing the movie theater industry rings hollow. Movie distributors and cinema owners at last year’s CinemaCon were optimistic of the current consumer climate.

The domestic box office enjoyed a record-breaking year in 2018, racking in $11.9 billion. Nearly 75 percent of the American population saw at least one movie, representing a 5 percent rise in the number of movie tickets sold.

There are 600,000 first-time stroke victims in the U.S. each year and no one suspected her to be one