So many people have said this over the years, usually around New Year’s Eve. We as humans have a tendency to reflect upon the past, and we do this most often at the coming of a new year. We can thank the Romans for doing this on a bitterly cold winter’s night.

The first month of the calendar is named after the two-faced Roman god, Janus. (Some say it’s named after Juno, but we can debate it later.) He presided over the beginning and the ending of conflicts. He’s also said to be the gatekeeper between Heaven and Earth. Being that stalwart for transitions, the Romans named the first month after him. And, as he is depicted, we find ourselves looking back as we move forward. 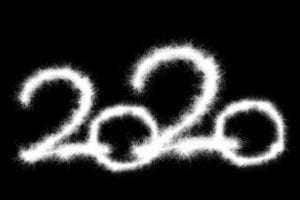 First Night celebrations have been a thing. More sensible cultures celebrate the coming of the harvest months. Not only was it warmer, but it was a way of giving thanks. Through the years that changed and often involved alcohol and spirits, and the indulgence this sentence implies. It wasn’t until a cadre of players in 1975 decided to conjure a new way of spending New Year’s Eve in Boston. It was a festive environment involving live music, dancing and alternative art. The idea caught on, and by the 2000s, 260 cities across the country organize family-orientated, community-wide First Night celebrations that takes the focus away from alcohol consumption — and use the opportunity to raise money for local causes.

Bethlehem, a relative newcomer to the concept, is celebrating its fourth annual First Night celebration on New Year’s Eve. Delaware Avenue, a roadway that links the center of town with the heart of Albany, leads into Delmar’s Four Corners, where people gather to witness the opening fireworks display at 6:30 p.m.

Organizers, including town staff and representatives from local businesses and non-profits, strive to improve the experience each year while maintaining the small-town feel of the event. It’s a family-family event that involves several locations showcasing various forms of entertainment. Aside from the fun, the event benefits programs throughout town.

The Town partnered again with the Bethlehem Chamber of Commerce, the first year under the new director, Maureen McGuinness, who brought a fresh perspective to planning. With the purchase of each First Night button, money goes towards four programs; Bethlehem Senior Projects, The Bethlehem Community Fund, Friends of Bethlehem Parks and Recreations, and Bethlehem Opportunities Unlimited. 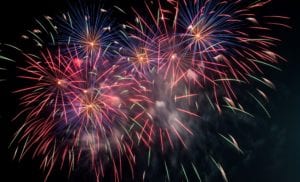 Bethlehem Senior Projects raises money to provide programs to help residents in the town. BSP supports the Bethlehem Food Pantry and it provides money towards an emergency heating fund. BSP also purchases one half of the cars and vans used by Bethlehem Senior Services Department. We are currently trying to raise money for a new senior van to transport people to medical appointments, grocery shopping and social programs.

The Bethlehem Community Fund quietly helps children, families, individuals and the elderly living in the Bethlehem Community whose needs fall through the cracks of traditional programs. This past year the fund underwrote the school weekend food backpack program at both Bethlehem Central and Ravena Coeyman Selkirk school district.

Friends of Bethlehem Parks and Recreation applied its share of the proceeds from First Night Bethlehem 2019 toward supporting season pool passes and summer camp fees for nine Bethlehem families in need.

Bethlehem Opportunities Unlimited is a non-profit providing programs and initiatives to help teens and parents navigate the challenges and opportunities ahead, including Talking with your Teens, Life after BC, and the Community Spelling Bee. In addition, BOU awards grants in support of prevention education and safe activities for youth in the community.

BOU donated proceeds from First Night to establish a scholarship in honor of Chris Porter, a beloved Bethlehem Central educator who recently died of cancer. Michaela Libutti was named as the scholarship’s first recipient this year.

“I was very honored to be selected as the recipient of this award,” said Libutti, who is studying elementary education. “Chris Porter was a phenomenal woman who changed the lives of so many people and this scholarship is one of the many ways that her tradition is carried on. She was a kind, loving, and extremely impactful teacher. … I hope to be as successful as she was in the future.”

First Night Bethlehem buttons provide admission to all the indoor fun, performers and activities. Buttons cost $10 for adults in advance, $15 day of the event, $5 for children 12 and older, and children under 12 are free.

For more information, including how to purchase buttons, visit http://bit.ly/firstnightbethlehem.