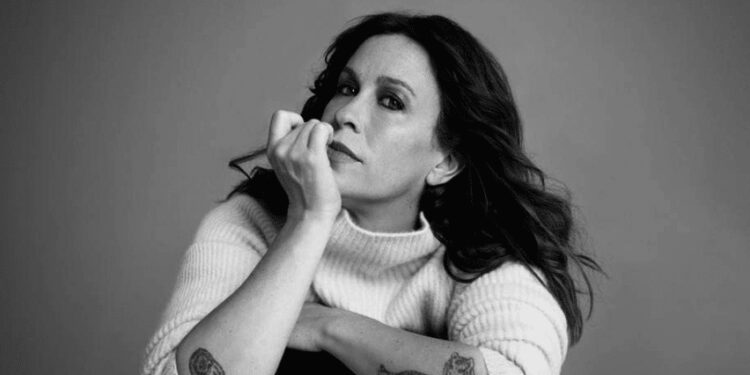 SARATOGA SPRINGS — Next year marks 25 years since Alanis Morissette shared her anger to the world with the release of her five-time Grammy Award-winning album “Jagged Little Pill.”

Since then, she doesn’t seem so angry.

On Monday, Dec. 2, the Canadian-native announced a 31-stop, “Jagged Little Pill” 25th anniversary tour to launch next June. The bill will feature a nostalgic touch of 90s magic, with performances from Morissette, Garbage and Liz Phair. The tour stops at Saratoga Performing Arts Center on Wednesday, July 8, 2020.

Peering through her social media, Morisette looks ironicly content with a husband, kids and nothing that resembles the angst and frustration of life and love as a 20-something in the 90s.

Her hit single “You Oughtta Know” quickly became an anthem for Gen-Xers who felt cheated out of love. By the time her tour made it to the RPI Fieldhouse in February 1996, she couldn’t start a concert without an arena full of people singing the song back to her on cue.

“Why are you so angry,” she asked in jest.

“Jagged Little Pill” went on to sell more than 33 million copies, earning her the distinction as the first Canadian musician to earn double diamond status in record sales. Morissette earned nine Grammy nominations, and took five trophies home, including Album of the Year. Rolling Stone magazine named the album among its 500 Greatest Albums of All Time in 2003.

Garbage blasted onto the scene with its self-titled, debut album in the Summer of 1995. “Stupid Girl” and “I’m Only Happy When It Rains,” fueled enough popularity for recognition from Grammy voters who nominated the band for Best New Artist, Best Rock Song and Best Rock Performance by a Duo or Group.

Liz Phair’s “Exile in Guyville” is also on Rolling Stone’s list of 500 Greatest Albums of All Time. The album was re-released in 2018 to celebrate its 25th anniversary.

Today, fans can catch Morissette on her podcast, Conversation with Alanis Morisstee.

COLONIE LIBRARY: Crafts at the Library