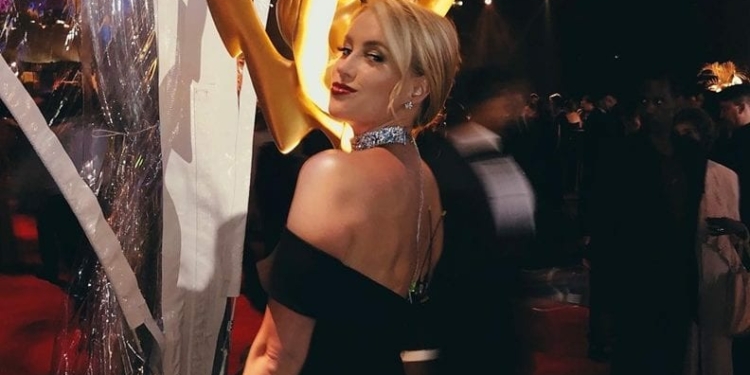 LOS ANGELES, Calif. — Dani Moz, the Albany-native who had a brush with television fame on The Voice, performed at the 71st Emmy Awards Governors Ball on Sunday, Sept. 23.

The Governors Ball is the after-party that follows the Emmy Award ceremonies. It plays hosts to televisions brightest stars, some of them carrying well-deserved hardware in hand.

Moz said she was, “Incredibly honored to have been asked to perform at this year’s 71st Emmy Awards Governors Ball!” in a social media post on Facebook. “Congratulations to all of the nominees and winners — I had so much fun singing for you all.”

The party caters to the star-studded crowd, but especially so for the night’s winners.

The event deck outside of the Microsoft Theater has a selfie station for all guests, and an exclusive Winners Circle for those who earned an Emmy Award.

Moz, whose given name was Danielle Mozeleski, became a household name as a contestant in Season 6 of The Voice in 2014. Moz quickly latched on to Shakira as her coach. She advanced into the playoff round, winning her first round appearance with an exciting rendition of Lady Gaga’s “The Edge of Glory.” Her string of appearances, however, was cut short on Episode 21, when she was eliminated as one of the Bottom 3.

Since Moz’s appearance on The Voice, she has moved to the West Coast to pursue her music career.