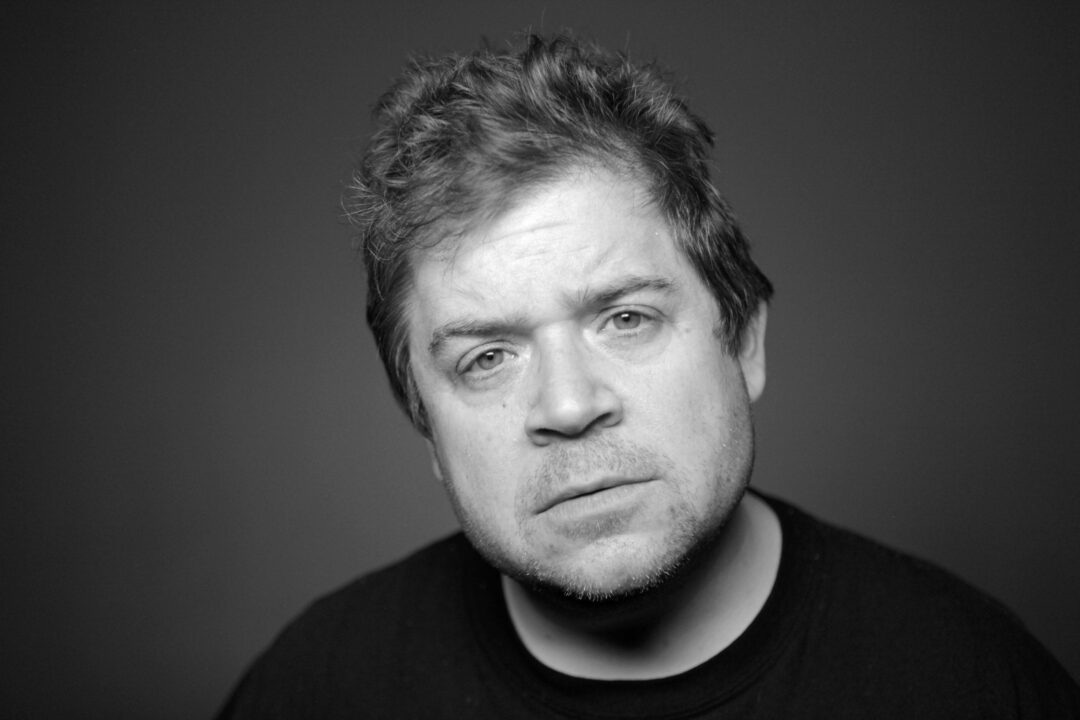 College undergraduates pursuing English degrees often are told they can accomplish anything once they leave college. Somewhere, there’s a joke in there that may relate to the old “jack of all trades, master of none,” but in the case of comedian Patton Oswalt, he’s done it.

The comedian and award-winning writer has lent his talents to several different mediums throughout his career. A comic career that started with his first stand-up gig in 1988 has spread into stints as a writer and an actor on television, film, and voice over.

“I just like doing creative things,” said Oswalt, who graduated with an English degree from the College of William & Mary. “I like doing stuff that is new and challenging.”

Oswalt often comes across as the affable characters he portrays on screen. The 50-year-old Virginia native can easily speak of his love for comic books with Jimmy Kimmel, and when asked whether or not he was a fan of the “‘skins,” Washington D.C.’s professional football team, he answers with a creative spin.

“Yes, I was a skins fan,” stated Oswalt, answering an onslaught of online questions later published by GQ magazine, “if you’re referring to the leathery skin on the bodies of trolls in the Dungeons and Dragons 2nd Edition, so many of which I fought with my dwarf character, a fifth-level fighter with a plus three axe of cutting. So, was I a skins fan? Yes.”

Oswalt’s comedic career started once he moved to the West Coast in 1992. He once appeared as a clerk on the hit-television series “Seinfeld.” He later applied his skills to the writer’s table for “MADtv,” followed by his own HBO comedy special in 1996. That same year, he made his film debut alongside Fraser’s Kelsey Grammer in “Down Periscope.” He was introduced to a younger audience in 2007, when he lent his vocal talents to breathe life into Remy in Pixar’s Academy Award-winning animation film, “Ratatouille.”

His career has placed him in good company over the years, working with Grammer, Jerry Seinfeld, Tom Cruise, Ben Stiller, Kevin James and Matthew McConaughey. He’s gone on to pen a handful of comic books and star in several specials, the latest of which was last year’s “Annihilation.” The Netflix special detailed the death of his first wife, crime writer Michelle McNamara, drew critical praise for its frank discussion of love, death and depression.

“To go into different directions and different disciplines, it really feeds into that [creativity],” said Oswalt. “Stand-up isn’t like acting. Acting isn’t like writing. Writing isn’t like voice over. So, it kinda keeps you on your toes, and gets the juices going.”

This week, Oswalt will take to the Palace Theatre stage once his Live 2019 tour runs through Albany on Thursday, July 25.

Performing in front of a live audience is not the most difficult of tasks, said Oswalt. Since he first walked upon the stage more than 30 years ago, he’s developed confidence in his own voice. But, as with everything, it was a process of getting to this point.

Stand-up comedy is often the most intimate and vulnerable experiences. The comedian stands alone on stage in front of strangers, and there’s no guarantee that the material will produce any laughter.

Oswalt penned a lengthy post online describing his fledgling career, both the struggle to find those laughs and the euphoria once he found it. After one night of laughs, he shared a time in which a colleague met him off stage. The laughs he received were from someone else’s joke.

“Well, I stole a joke.Not consciously,” stated Oswalt in a “closed letter” to himself that he posted online in 2013. “I heard something I found hilarious, mis-remembered it as an inspiration of my own, and then said it onstage. And got big laughs.”

The joke was set on a commuter bus. Anyone who has sat on a crowded commuter bus relishes having an open seat next to them.

“Whenever I’m sitting on a bus, and someone asks me if the seat next to me is free, I have an answer that guarantees no one will want that seat. I look up and smile and say, ‘No one but…The Lord.”

Comedians are often students of the craft. They can recognize a voice, even if it’s coming out of someone else’s mouth. That night Blaine Capatch stopped Oswalt to praise him, took him aside and said that was Carol Leifer’s joke.

The news hit Oswalt. He was apologetic. As soon as Capatch said it, he remembered how it happened. He watched a Leifer special, time had passed, and when the aspiring comedian was struck by an epiphany, he wrote it down in his notebook.

It happens in earnest, without the intent to steal. Oswalt’s friend told him as much, but he warned him to not let it become “a habit.”

“In the exact moment after I’d realized that what Blaine said was true, that I’d cribbed a laugh from someone else’s creativity and inspiration, my ego kicked in,” stated Oswalt. “And, I mean, my real ego. Not ego’s sociopathic cousin, hubris, which would have made me defensive, aggressive and ultimately rationalize the theft. No, the good kind of ego, the kind that wanted success and fame and praise on my own merits, no matter how long it took.”

Oswalt’s stand-up routine covers topics ranging from pop culture to, foreign policy and religion, the latter of which also covers his own atheism. In the years since his admitted mistake, the comedian has earned his own success, fame and praise. His 2016 special “Talking for Clapping,” which was televised on Netflix and later released as an album, earned a Primetime Emmy Award for Outstanding Writing for a Variety Special and a Grammy Award for Best Comedy Album. His two books, “Zombe Spaceship Wasteland,” and “Silver Screen Fiend,” are New York Times Best Sellers.

Oswalt still caters to the epiphany. The acclaimed comic said if he doesn’t have his notebook handy, he texts himself a message on his phone. But, he no longer worries about “mis-remembering” another comic’s joke.

“No. I’ve been doing it long enough now, I have confidence in my own voice,” said Oswalt. “I don’t have to be concerned with that. Stand-up is like second-nature to me now.”