Crossgates’ Maggie McFly’s has the menu to satisfy everyone

by Diego Cagara
in Food and Drink, The Spot
Reading Time: 5 mins read 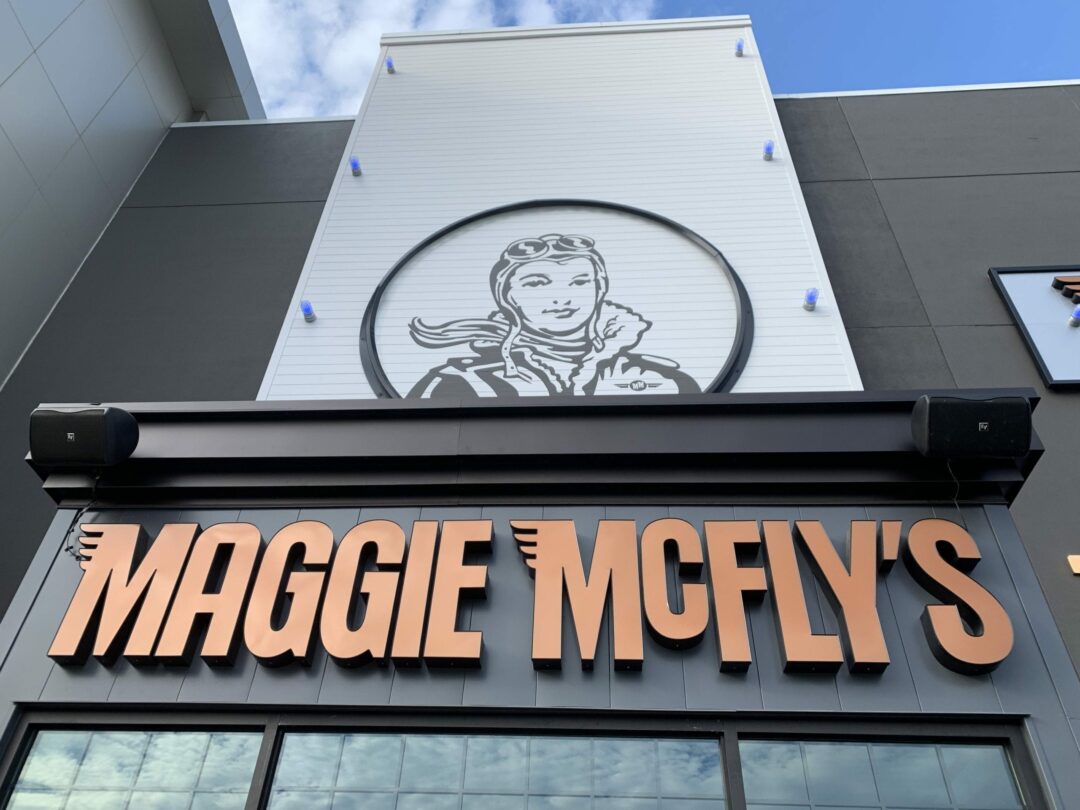 GUILDERLAND — The first impression upon arriving at Maggie McFly’s Local Craft Eatery and Bar, the newest restaurant to open in Crossgates Mall, was its impressively colossal menu.

The waiter, a kind young man named Tom, noticed my friend’s and my curious expressions as we flipped through the menu’s glossy, magazine-like pages and he sensed his need to step in to assist. “I could help you if you’re feeling overwhelmed,” he smiled but the thing was that the menu was not overwhelming as he thought. Instead, it came across as offering multitudinous options, rich in flavors, food types and beverages.

Tom’s apprehension seemed understandable though. Maggie McFly’s had just opened on Wednesday, June 26 and was still attracting the attention of casual shoppers and cuisine enthusiasts alike. First announced to grace Crossgates Mall in summer 2018, the restaurant marked the first New York location for the Connecticut-based chain, which also operates seven other locations throughout Connecticut and Virginia.

According to its website, it has around 180 items for patrons to choose from. The food pages are broken down into multiple sections like Soup + Salad, Appetizers, Artisan Pizzas, Sandwiches, Signature Burgers, Giant Salads, Street Eats, Pasta Specialties, House Specialties, Chicken Specialties, Fresh Food + Seafood, Steak + Ribs, and Desserts. While it also combines elements of American, Asian and Italian cuisines in some options, there is a Farm to Table Brunch section (available on Sundays from 10 a.m. to 2 p.m.), and a Fit Menu too.

If that list was not diverse enough, its drink menu offers rich options for patrons seeking alcohol and non-alcohol beverages alike. From a bird’s eye view, prices seem to range from $10 onwards on most items, some even stretching beyond the $20 mark.

Tom took the time to skim through some of the menu’s highlights with us, asking us attentive questions throughout like whether we preferred seafood, chicken or a light bite. Tom’s professionalism displayed how crucial customer service was when customers themselves need a little guidance in a brand-new establishment.

Similar to neighboring restaurant 110 Grill just across the hall, Maggie McFly’s has its own outdoor patio area which is ideal for the summer. However, my friend and I opted to be seated inside where Tom led us to a high-chairs-and-table setting, complete with caramel brown leather seating.

The atmosphere looked open and relaxing, with spacious tables populating the floor throughout, accompanied by a central bar, which looked inviting for those seeking Happy Hour time. Decked with several immense-looking television screens and matching brown wooden decor, it yielded an almost-rustic feel while verging on looking like a modern fusion of a sports bar and a classic American restaurant.

After thanking Tom for giving us a few more minutes to peruse the menu, my friend and I decided on Chicken Potstickers ($8.99) as our shared appetizer. They were like Chinese dumplings filled with cabbage, shitake mushrooms and chives, served with garlic ginger soy and sweet chili sauces.

For our main meals, my friend then chose the Bang-Bang Shrimp + Chicken ($18.99) which featured sauteed shrimp, all-natural chicken, coconut chicken sauce, vegetables, basmati rice and house-made peanut sauce. I picked the Italian Sausage + Cavatelli ($18.99) which comprised of freshly-made ricotta cavatelli pasta, sweet Italian sausage sourced from nearby Altamont, broccolini, sundried tomatoes, garlic, white wine and topped with Asiago. We also settled on water for our drinks as we thought our meals would be too filling.

The dishes were served surprisingly quick within 12 minutes, and their serving sizes were, like the menu, Herculean. However, since my friend and I each had not eaten in hours prior, we appreciated the sheer sizes, instead of recoiling in shock.

The Chicken Potstickers presented a rich salty experience in our mouths, after having dipped them in the accompanying soy sauce as if we were briefly in Chinatown. They came as a six-piece set, making it easy for my friend and I to share as we immediately appreciated the Asian-influenced dish. The potstickers could have benefitted from sporting a slightly crispier texture but its overall semi-soft feel was nonetheless welcomed.

My friend’s main dish resembled a lavish-looking Indian or Middle Eastern dish with yellow curry, rice and spices. It felt perfect for her as she always fancied those types of cuisines so it was not a surprise when her eyes lit up with anticipation when Tom gently presented her dish. Mixing the sauces and rice together, my friend moaned in contentment, devouring the course without delay and admiring how the spiciness was not too pronounced.

In my case, my dish proved that pasta did not always require a thick creamy sauce for it to be enjoyed. I raised an eyebrow in surprise as I’d never eaten pasta with sundried tomatoes before but the tangy feel of the latter offered an extra dimension to the dish. The Italian sausage and broccolini were scattered throughout in bits, making each forkful a delight to consume. The cavatelli was also cooked under the right amount of time as the texture was not too hard or soft.

After popping by twice to check up on us, Tom returned later with a smile when we told him how splendid our dishes were. When he asked if we wanted to try out any desserts, his face broke into a chuckle when we told him our meals had filled us but it felt like an indirect invitation to return in the future to try out what they offered.

The menu included cupcakes, cheesecakes and apple crisp which were said to come from Delmar’s Perfect Blend Bakery. There were also ice cream sundaes, floats, milkshakes and cake slices. Almost all the desserts stayed below the $10 mark but one called The Titanic — two warm lava cakes with vanilla and chocolate ice cream, and assorted toppings — stuck out with an intriguing $15.99 price tag. While I usually would have ignored such an option with a double-digit price, it caught my eye enough to make me wonder if it’s worth trying sometime in the future.

That led to our final impression of Maggie McFly’s in that with its vast menu options, you could order something completely different every time you return. The menu may overwhelm casual hungry customers at first but it sends a silent message that beckons the curious to swing by again. And again. 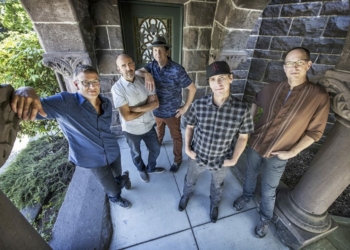