SPOTTED: Rockin’ on the River with Driftwood and The Sea The Sea 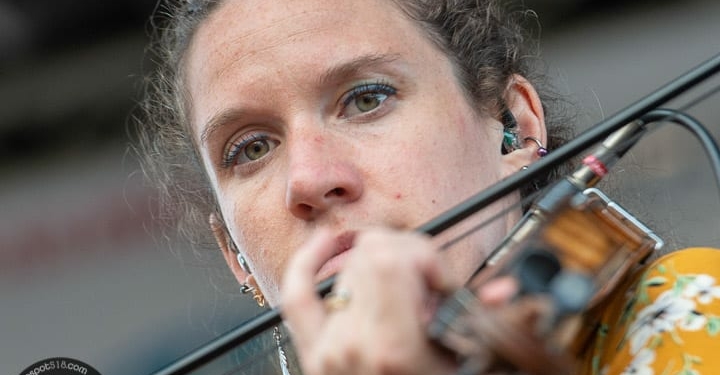 TROY — Rockin’ on the River on Wednesday, June 26 started out just like most of the others, a little slow at the 5 p.m. start while people filtered in after work.

Local favorite The Sea The Sea was the special guest and they played a solid set, getting the growing crowd warmed up for Driftwood, a string band from Binghamton who just released a new album, “Tree of Shade,” this spring.

Driftwood had just started to get ripping, when rumbles of thunder could be heard in the distance. A song or so later, the band opted to take a 10-minute break — and the skies opened up.

Some in the crowd headed for cover, some manufactured cover and some just braved the downpour until the show resumed about 20 minutes later. The crowd didn’t appear any smaller after the break, so most stayed to hear the folk band, with a touches of bluegrass and rock thrown in, finish what was a fine set of music.

The free weekly concert series presented by the Troy Downtown Improvement District will continue on Wednesday, July 3 with The Broken Hearted — Tom Petty Tribute and special guest Sly Fox and the Hustlers. The show starts at 5 p.m. at Riverfront Park.

COLONIE LIBRARY: Kick off the summer