Formica, VanDenburg and Delaney are two days away from TU Center show 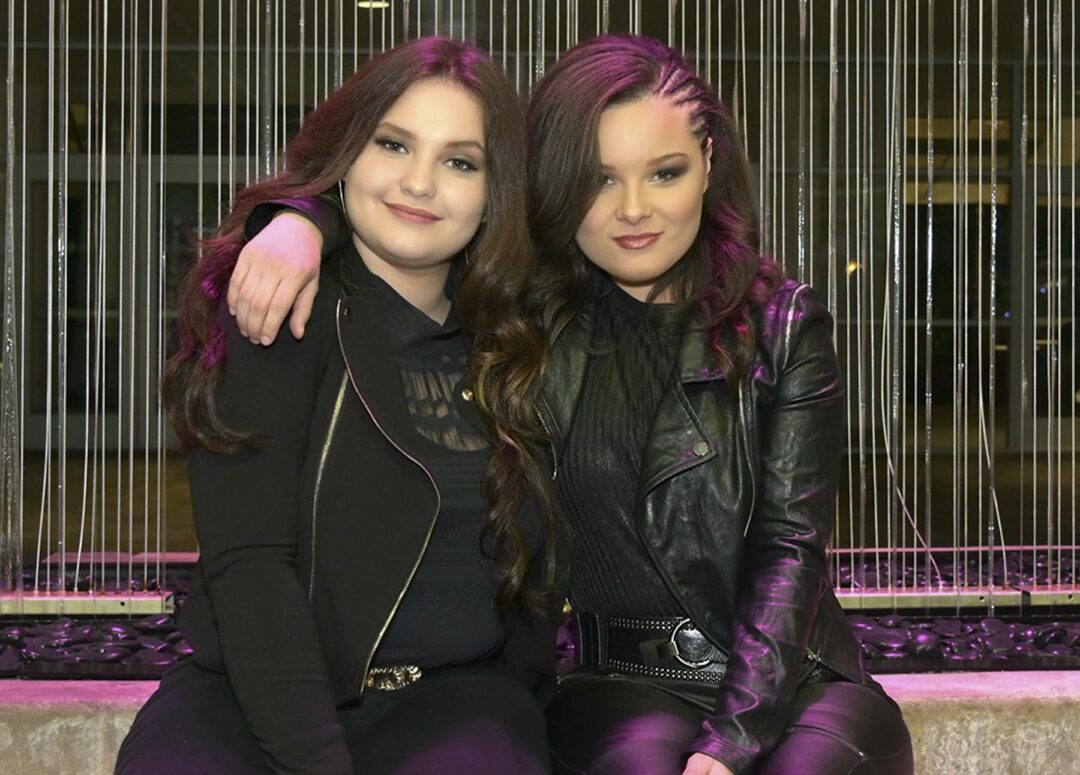 ALBANY — Picture this: three contestants of nationally televised singing competitions are under the same roof, playing music they wrote, music they cover and music that has yet to be released — and they’re all from the Capital District. None won the competitions, but all are on track to potentially pull a Chris Daughtry or Adam Lambert and become more successful than the winners of their respective seasons.

On June 28, Moriah Formica and Madison VanDenburg will be rocking out the Times Union Center to a crowd of dedicated and new fans alike. Tickets are available through the Times Union Center for $25 and $35 and can also be purchased at ticketmaster.com. Doors will open at 6:30 p.m. Delaney, the opening act and another “Voice “ alum, will start her set at 7:30 p.m. The teenagers, 18 and 17 respectively, have been working non-stop on rehearsing, promoting and marketing their big night.

“Really, the prep work is in band practice,” VanDenburg, the third place finalist of the most recent “American Idol” season, said. “My band and I have been rehearsing until midnight and getting back in gear after being apart for so long.”

Formica is in the same boat. The young rocker, who competed on “The Voice” in a different season than Delaney and was eliminated before the live shows, has been putting in long hours with her band and putting in the work to make sure she’s in tip-top shape for her stage.

“I’ve been eating healthy, exercising and just taking good care of myself,” Formica said. “If I nourish my body the way I should, I find I’m so much better on stage and can give an even better performance. My body and my voice are my instruments. I need to make sure I can keep going.”

Delaney, who resides in Los Angeles, is also hard at work, while simultaneously planning the travel and logistics it will take to get back to Albany. The 2014 graduate of Queensbury had a brief but electric round on “The Voice,” with judge Kelly Clarkson comparing her to season 3 winner Cassadee Pope, formerly of Hey Monday.

“My experience on The Voice was a rollercoaster of emotions,” the singer said. “Shows like that are very intense to be a part of.  I’d auditioned a few times before and never made it through, so I wasn’t really expecting anything this time around.

“Then all of the sudden I was on stage singing at my blind audition and Kelly Clarkson (who’s been a lifelong idol to me) was turned around, looking at me, and singing along,” she continued. “It was such a rush.  It finally felt like all of the work I’ve put in over the years was finally being recognized. Every step forward from that point was an absolute dream.”

Delaney recently moved to Los Angeles to pursue her career. Her latest single, “Bow & Arrow,” was released in January. While she

admitted she struggled with being eliminated from “The Voice,” calling the experience jarring, she’s ready to play the Times Union Center, the site where she saw her first concert.

“My band and I are working on a set list that I’m really proud of,” Delaney said. “I’ll be releasing a new song that day on Spotify, iTunes, etc, called ‘Do It for Me.’ I’m so excited for people to hear it and we’ll definitely be working that into the set. We’ll also be playing a couple of covers that are close to my heart, as well as some other original tunes — some of which are unreleased and people will be hearing for the first time.”

She’s also excited to meet VanDenburg and Formica, two other girls who know what the experience of competing on the shows is like.

“When I was asked to open the show, I knew I had to make it work even though I live in LA at the moment,” she continued. “I’ve actually never had the chance to meet Madison or Moriah, but I was able to follow their journeys on TV. I think the fact that we’ve had similar experiences in the music/television industries gives us a special understanding of each other, and I can’t wait to finally meet them in person.”

“Both bands are working incredibly hard,” the elder Formica said. “We’ve been planning this for well over a year and with Madison’s recent success on ‘Idol,’ things finally fell into place and we are able to make this happen.”

Josh added he’s definitely feeling the pressure of the final push in the days before the show because it’s not just his clients he’s representing; it’s his daughter and her best friend. While he plugs away to give the girls their dream night, he’s emotionally invested because it’s the dreams of two teenagers he loves. Everything, from who is on the guest list to where the girls donate an hour of time to promote, is his responsibility.

In the practice and intense preparations, it’s easy to forget that Formica and VanDenburg are still teenagers. On stage, they command attention as masterfully as some of their biggest idols. Off stage, they are young women who sit and take selfies, giggle about silly Instagram posts and get into things they shouldn’t — take those skits at the Times Union Center where they were climbing on chairs and over walls, for example. Both singers said those skits were completely impromptu. They were filmed while Josh Formica was talking to event organizers at the venue.

“When Maddy, [my brother] Gabe and I are together, we are silly and laugh about everything,” Formica said. “We had just finished a meeting and were joking around and we had the idea of random, cheesy skits to promo the show.

“Gabe suggested Maddy come up from behind and scare me to talk about the show,” Formica continued. “I happened to be climbing over the wall as a joke and we had the idea to have me climb over to tell Maddy about it.”

Formica is only 4 feet, 11 inches tall. As she hoists herself over the hard concrete in full leather attire, she’s seemingly out of breath. For a fleeting moment, you worry she might fall. The girls have a quick chat and then run up the arena stairs.

“We recorded a whole bunch of different skits to use as promotion material,” VanDenburg said, adding she hopes the show draws in a big crowd despite it being graduation weekend. “We want an awesome crowd and for as many people to be able to attend as possible.”

Despite the gamble of playing a huge arena and the risks that come with it, the Formica/VanDenburg music force is excited and ready to play the show of a lifetime.

“This is the biggest crowd I’ve ever played live,” VanDenburg said, a surprise when you think about her recent appearance on “Idol,” where she easily played for millions of people, albeit through a television screen. “We’ve added some new members to the band and just keep working hard. The stress is incredible but it’s worth it.”

Formica agreed with her best friend.

“We were little kids and honestly thought we would have to be Ariana Grande to ever play at the Times Union Center,” she said. “The fact that we get to do this together is incredible. It’s an emotional experience for sure. All I can do is get my talking points down, make sure I’m fully prepared and then give our hometown the show they are waiting for.”

The new vaccination law and what it means