Frenship caught lightning in a bottle with ‘Capsize’ and is now setting sail with new album, tour 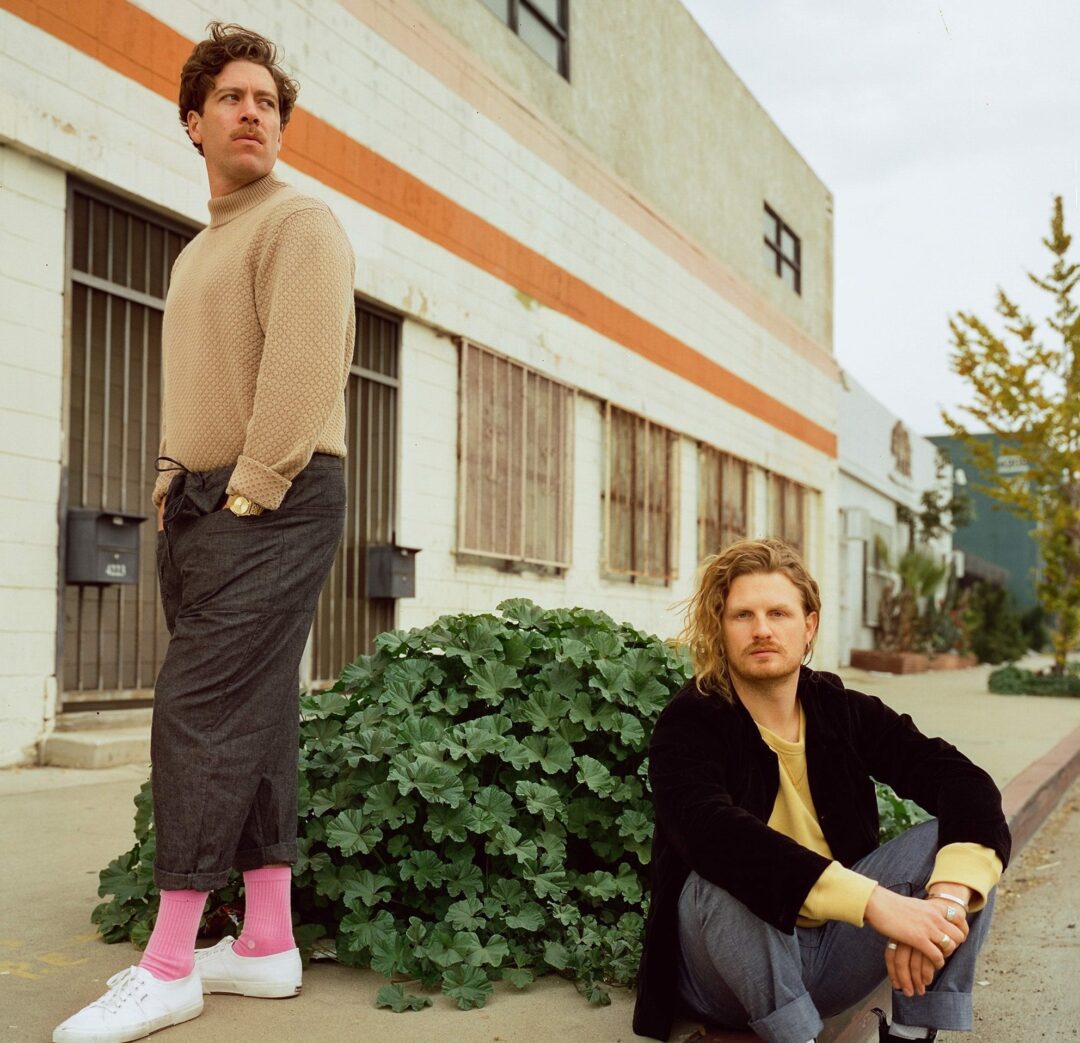 James Sunderland and Brett Hite, otherwise known as the electro-pop duo Frenship, will be in Albany on Saturday, June 1. Provided photo

As we sit down to talk about Frenship’s upcoming tour, it’s about two days before they leave Los Angeles and James Sunderland is “freaking out.”

The duo lives for live shows. After their 2017 tour with Bastille, Sunderland and Brett Hite returned to California and started writing more material so that they could get back on the road. They caught a taste of the vibe, that connection musicians often speak of when describing the high from live music. Performers play their music on stage and the crowd, strangers from towns they’ve never been to, sing the words back. That symbiosis has an effect.

When Spotify listeners caught on to “Capsize” in 2016, Sunderland and Hite were not ready for the success. In fact, they were about to break up. The few tracks they had dropped in their three-year career hardly made a ripple. The track was uploaded to the streaming service in April 2016, and in the first month, it garnered over 20 million plays. The song featured Emily Warren singing over a synth-pop sound they developed over the years. But, this time it caught on. It topped Hype Machine’s list of popular music and led to Frenship being named Spotify’s No. 2 breakout artist of 2016. Going into 2018, Hite told Spotify that as “Capsize” was peaking in popularity, he and Sunderland didn’t quite know how to react. Sunderland said they weren’t “even a live band” yet.

“We remember feeling like we finally made it,” said Sunderland. “It felt damn good. We never could’ve predicted it taking off like it did. It’s a great feeling knowing it connected with so many people because that’s our goal: to share our music with as many people as possible. Most importantly, Capsize gave us hope again. It gave us the energy to push FRENSHIP forward into a lifetime career.”

The success spurred a whirlwind of tour dates across both the U.S. and Europe, including Lollapalooza, Outside Lands and Life Is Beautiful as well as a support slot for Bastille performing to thousands. Today, the breakout track has more than 800 million global streams.

“We love the interaction with our fans when we’re on the road,” said Hite, “The love and appreciation is flowing but, when the tour is over, it’s easy to wonder if that feeling will ever happen again. It can be an isolating feeling trying to figure out how to turn those amazing moments into something that will last.”

Last week, the duo released its debut album “Vacation,” a piece of work they started piecing together immediately after their successful 2018 tour. The first of those tracks, “Wanted A Name” features a collaboration with Brooklyn’s Yoke Lore. By coincidence, he was in Los Angeles once Hite and Sunderland returned home, and the three got to work. The result is a track that explores the drive to re-capture those lightning-in-a-bottle moments of love, validation and pure creativity. Also on the 13-track album is “Remind You,” which addresses the insecurities felt within a one-sided relationship, complete with layers of electro-pop synths, a laid-back groove and a bouncy melody. Be on the lookout for two curiously named tracks on the album that ultimately maps out a homage to each of the duo’s respective hometowns.

“We’re freaking out right now,” said Sunderland, as the duo prepares to leave for San Francisco for the first night of an 18-date tour across the country. That tour stops here in Albany for Saturday, June 1, at Lucky Strike Social. The two just returned from a quick trip to across the pond to speak with label executives in London. Now, as they hammer out the technology and logistics for the upcoming tour, Sunderland said they are living the “reality television” drama. The question is, will they pull it off in time?

Despite the success on both Spotify and their most recent tour, Hite said the two are maintaining “the hustle” over the next month as they tour.

“Whether it’s true or not, we’re taking it from the ground up again,” said Hite. “We’re in the mindset of really hustling and doing the groundwork that never really got laid out when we had a song that went bonkers on pop radio and Spotify.”