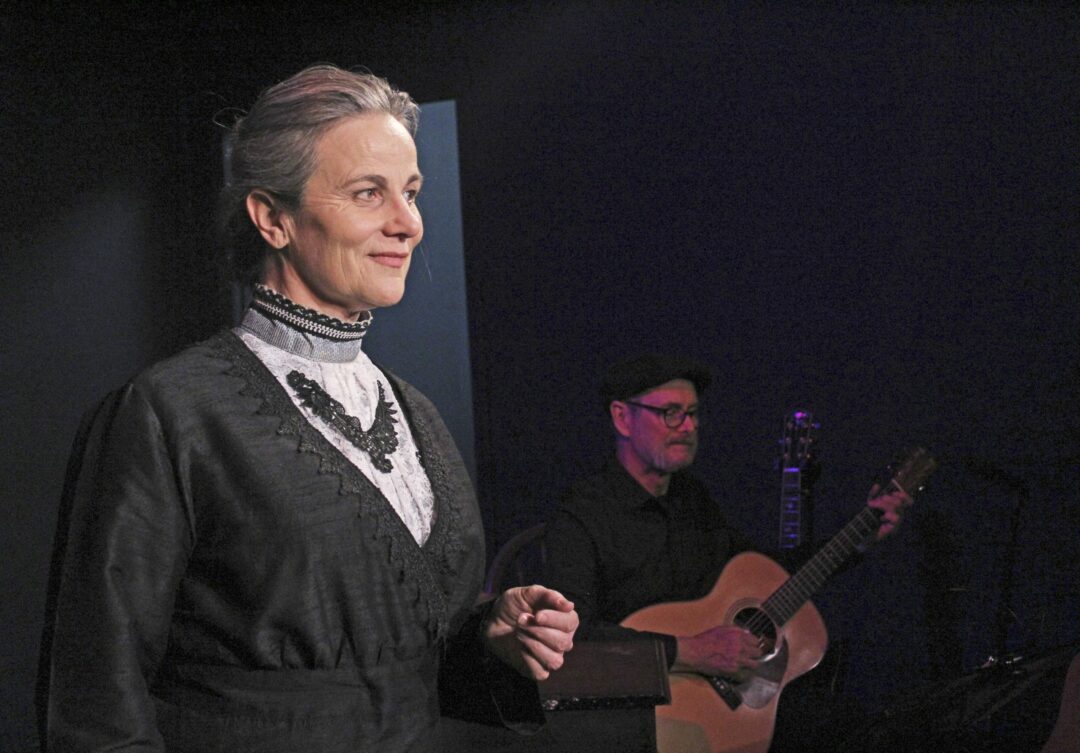 Tickets are $25 for adults and $15 for students. Tickets go on sale to the general public today. Tickets may be purchased online at www.thecohoesmusichall.org, by phone at 518-953-0630, and in person Monday through Friday from 10 a.m. to 1 p.m. at the Music Hall Box Office or two hours prior to any show.

“Mother Jones in Heaven,”  a musical by Si Kahn reminds audiences how powerful one person can be when in service to collective action and the betterment of others. The topic is as timely today as it was when “Mother” Jones was organizing the working class a hundred years ago.

Saratoga Springs resident Vivian Nesbitt (Breaking Bad, The Night Shift, Longmire, Off-Broadway and more) portrays Mary Harris “Mother” Jones, with musical accompaniment by her husband John Dillon (Art of the Song Radio) in a rousing musical about the infamous labor organizer who led the charge for better working conditions and fair pay for miners, mill workers, and child laborers. Mother Jones was dubbed “The Most Dangerous Woman in America” because, said a West Virginia judge, “at the crook of her little finger, she could get 8,000 men to walk out on strike.” Feared, revered and lauded in song and story, Mother Jones was “the grandmother of all agitators” during the late 19th and early 20th century.

This one-woman theatrical production has one foot in the folk tradition of storytelling and acoustic guitars, and the other in the true American art of musical theater. The show opens as “Mother” Jones arrives in heaven to discover that Heaven is identical to her favorite Irish Pub back down on Earth. Over the course of the 75-minute performance “Mother”Jones looks back over her life, sifting through her storied past, balancing the scales. On the one hand, her methods and practices, on the other, her reputation and results. Moments of profound insight are woven with hilarious tales of a hellion in her prime.