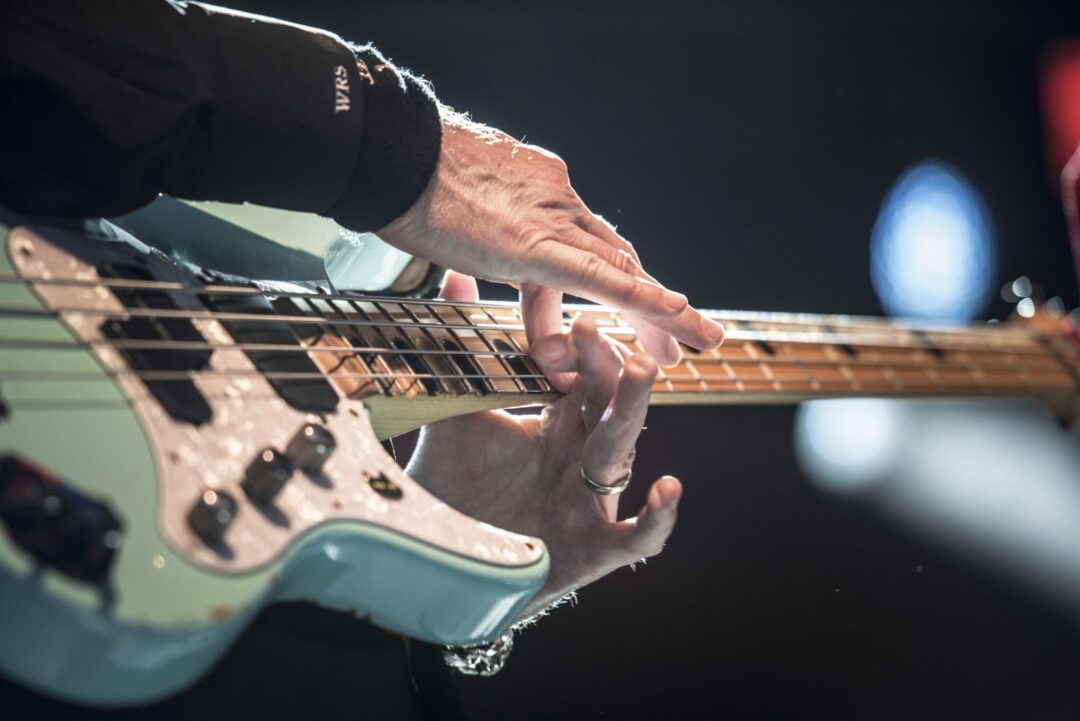 In a world where bassists seldom earn the respect of music fans, Billy Sheehan is held in the highest regard. It’s given him his ticket to ride through an incredible career.

Sheehan developed a love for the bass guitar as a kid growing up in Buffalo. While kids daydream of being rockstars, they typically imagine themselves as the lead singer, perhaps show off their prowess at shredding a mean air guitar, or wow playground girlfriends with an imaginary drum solo. However, Sheehan’s first memory is that of the bass guitar’s sound.

Sheehan recalls how he could hear his neighbor rehearsing with his band at night. His neighbor was a bass player.

“I could hear the bass at night,” Sheehan remembers, “because, bass travels. I was a little kid, so I would have to go to bed but I could hear the songs out in the distance.” He compared the experience to the concussive thump from a car stereo subwoofer. “I just loved the sound.” It was the sound that “moved things around” as you played it. The shake and rattle in the room. “You’d really move the whole building,” he said.

When he visited his neighbor, he learned why. He came across the instruments and picked up the bass guitar. It was “big, fat and giant” with thick chords. He then compared it to the guitar in the room.

Sheehan recognizes why bassists are often under-

appreciated. It’s the ease in which his instrument can be learned. A player can go without learning chord shapes, or the difference between major and minor scales. Because some bassists have often learned to survive by learning a few notes, the whole has earned a reputation of being the least competent musician in the band. But, he owns a different reputation.

Sheehan’s story began soon after starting out with Talas. The power trio initially earned its name while performing gigs in the Buffalo and Rochester scenes playing covers from The Who. Through time, the original songs were introduced to the setlist. Sheehan had since modified his instrument and developed innovative techniques. He was two-handed tapping, three-finger picking and chording like a lead guitarist. He was playing bass solos.

In the years since Guitar Player magazine first published in 1967, Sheehan has earned the readers’ choice as “Best Rock Bass Player” five times. It’s an easy instrument, he said. But, he also said it has limitless potential.

“Bass players sometimes have the reputation of being the least competent musician in the band,” said Sheehan. “It’s not always true. In fact, some of the greatest and most successful players are [Paul] McCartney, Sting, Lemmy [Kilmister], Geddy Lee, Steve Harris. They’re bass players, and it just shows that the instrument really is unlimited in its potential.”

The blue and white thruway signs that dot across the Empire State show a jagged line cutting across New York’s profile. When President Dwight Eisenhower conceived the idea of superhighways across the country, it was to better prepare the union for a potential war. What the retired general failed to envision was that the network later served as a great conduit between music scenes. After a decade of playing, Talas’ reputation grew throughout the communities chain linked across the New York state Thruway.

By the late 70s, Talas was the go-to band in Buffalo. With the help of a young Harvey Weinstein as its manager, the

band opened for UFO, Blue Oyster Cult, Triumph Aerosmith and Iron Maiden. A young Irish band named after a spy plane once opened for them, a story Sheehan often shared but was never believed to be true. In 1980, Weinstein arranged a connection that later allowed Talas to open 30 shows on a tour with Van Halen. It established a relationship that would later lead Sheehan to connect with Van Halen frontman David Lee Roth after his storied departure following the release of “1984.”

Despite the national attention, Talas fizzled after the 1980 tour. The band remained unsigned by a major record label and couldn’t seem to escape Buffalo. By 1983, the band’s lineup changed. The band consisted of Rochester natives, vocalist Phil Naro, drummer “Machine Gun” Mark Miller, guitarist Johnny Angel and Sheehan at bass. Just before Talas was to launch a nationwide tour with Yngwie Malmsteen, Sheehan received a phone call beckoning him to Los Angeles.

Michael Normandin of Stormin Productions remembers that tour as it stopped in Albany. When Normandin learned Talas was scheduling shows around the region for 2019, he reached out and convinced the band to play at Jupiter Hall next Wednesday, March 13.

A fan of Sheehan, Normandin talks of how he attended Talas’ last show in Albany. He remembered it as being a pivotal moment, recalling how the legendary bassist would leave the band to play in a new band with David Lee Roth. At that time, Sheehan said, his impending pairing with Roth was a “state secret.” When Sheehan traveled to Los Angeles before the tour, it was to meet with Roth, who had just left Van Halen.

“It was tough keeping that secret, but I managed it somehow,” said Sheehan. The band was going to record an album through Gold Mountain/A&M, but once the tour ended, Sheehan broke the news that he would join Roth. “And, of course, they were very happy for me,” he said.

Over the years, Sheehan would be associated with UFO, Mr. Big, The Winery Dogs and Sons of Apollo. In the Summer of 2017, Sheehan reunited with Naro and Miller. With guitarist Kire Najdovski on guitar, Talas was together again. It was intended to be for just one night. It’s now the lineup that’s touring today. Sheehan recalls that last tour nearly 35 years ago.

“A lot of people in the country saw the Talas and Yngwie tour,” he said. “It was extremely successful all throughout the USA with that. To this day, I still get emails about it. We had a really wonderful time together.”

Sheehan said it’s been “a blast” since Talas reunited. The band has tentative plans to record an album with new material. Sheehan is also working on several other projects, one of which involves Michael Portnoy and The Winery Dogs. UFO announced last week it will go on one last tour before frontman Phil Mogg is to leave the band. Sheehan won’t be joining the band, but he hasn’t ruled out reuniting with Roth again.

“It’s up to [Roth],” said Sheehan. “He has our phone numbers. If he decides to do something, myself, Steve and Greg are ready to join him anytime. That would be a blast, I’m sure.”

After three years of work, Colonie Town Board gets Comp Plan

LETTER to the EDITOR: Can we stop a moving train?