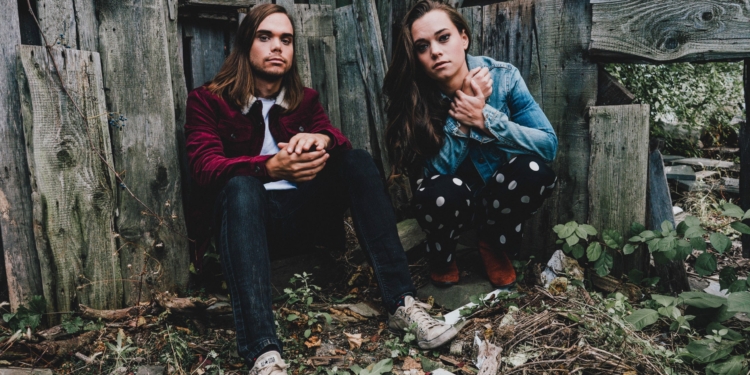 ALBANY — Once Jocelyn and Chris Arndt pack up from Friday’s album release party at Jupiter Hall on March 1, the band will hit the ground running on what’s anticipated to be an unprecedented 2019.

The Billboard artists dropped their anticipated new studio album “The Fun in the Fight” last week. It features collaborations with Kung Fu’s Beau Sasser, Gov’t Mule’s Danny Louis and Vulfpeck’s Cory Wong. It’s an 11-track collection of songs that promises to expose the band to a broader audience.

Jocelyn and Chris Arndt broke into Billboard’s Adult Album Alternative Top 40 with “Red Stops Traffic” in December 2017. It was the band’s third single off its 2017 release “Go,” and it debuted at No. 37 among names such as The Killers, Big Head Todd and U2. The song ultimately topped at No. 35 before slipping back down in January.

“I feel like once we got into [the Billboard AAA Top 40] and that got onto our resume, a bunch of new people became interested in helping us,” said Chris.

“Outta My Head,” the band’s debut track off this latest album, premiered last November. It starts off with Jocelyn singing over a blues riff off of Chris’ guitar, but it then turns into something different. It swiftly progresses into a layered, contemporary production; uptempo and hook-focused. It is the most commercial-leaning song the two have yet to produce. And, that’s just the beginning. Other songs within the 11-track album suggest Jocelyn and Chris could take aim at alternative radio in addition to the AAA and jamband genres they are accustomed to playing.

“The Fun in the Fight” is the band’s push towards the alternative radio format. Once “Outta My Head” debuted, Bridge Road Entertainment’s David Bourgeois said he received phone calls from program directors ready to play it.

Capital District fans will have a chance to catch Jocelyn and Chris perform locally before things take off. The band is to play at the SXSW music festival in Austin next week. The duo also just recently announced it will perform on the Today Show next Thursday.

Jocelyn and Chris Arndt will play at Jupiter Hall on Friday, March 1, at 7 p.m. It’s the album release party for “The Fun in the Fight.” Every ticket sold will receive a copy of the record.