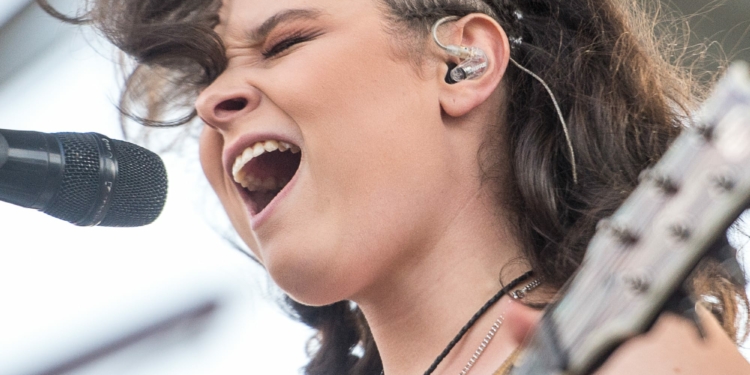 After a much anticipated wait, local rock star Moriah Formica has decided not to release a planned single. The single, “Take Me,” was a pop-centric song featuring her younger brother, Gabriel.

“After some soul searching, I have decided not to release ‘Take Me,’” Formica announced on Facebook on Feb. 4. “I have been trying to find a new sound over the last year. I’ve created a bunch of different and cool songs like ‘Take Me.’ Honestly, they were basically pop.”

Formica continued external forces had told her she could sing anything and referred to a quote where she was told rock was “dead.” While she knew these people had the best intentions, she decided she must stay true to her passion for rock ‘n’ roll.

“I would rather go down doing what I love and am passionate about than be someone or something I am not,” the teen said. “Since I was 6 years old, I’ve always dreamed of being a rock star and making rock popular again. I’m not going to turn my back on it now.

“I want to thank my brother [Gabriel], who collaborated with me on ‘Take Me,’ for being so understanding and for always being my No. 1 fan,” she added. “I love you so much. I also want to thank my producer Paul Benedetti for his constant support.”

Formica’s manager and father, Josh Formica, said his daughter is working on some new music in the coming months. The younger Formica hinted she has some harder material written and asked fans to be patient as she continues to write and record new material.

“Everything happens for a reason,” she said. “Rock is what I am. It’s not just about the music. It’s a lifestyle. A passion.”

Formica caught lightening in a bottle in late 2017 with her appearance on NBC’s “The Voice.” After Formica went home in the top 12 picks, she returned to the area and worked on her sound. She’s performed several high profile shows in the area, including Rockin’ on the River and Freedom Park. She kicked off Empire State Plaza’s July 4 celebration with SmashMouth and was a performer at 518 Songfest. Nationally, Formica performed with idols Joan Jett and Halestorm last summer.

“I’ll then be going to L.A. next month to write and record,” she concluded. “I’m still going to try and find a new sound, but it will include real instruments.”

BCSD to grapple over $1.5M difference between income and proposed spending