RECENTLY ANNOUNCED: ASO will shine the spotlight on women in music 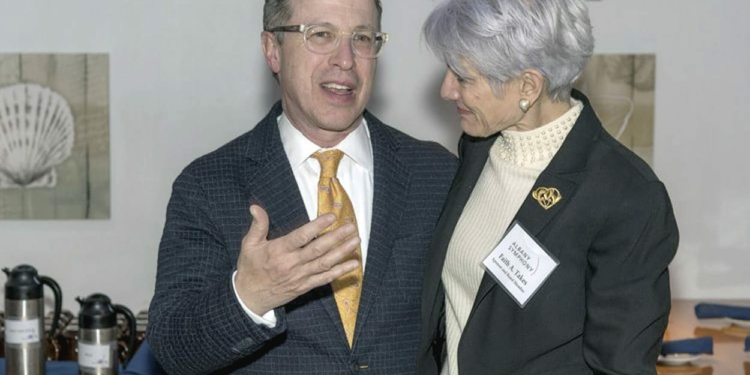 The Albany Symphony recently unveiled its 2019-20 season, featuring phenomenal women in music, encounters with thrilling new music, and masterworks that have withstood the test of time.

Following the theme of the upcoming 2019 American Music Festival and the symphony’s 2019 summer tour, “Sing Out, New York!” the 2019-20 season gives listeners the opportunity to hear scintillating music by leading female composers as well as performances by some of the best female musicians of today.

“The new season celebrates phenomenal women and the incredible contributions they have made and continue to make to the music world,” said Miller.

The Symphony’s Clara Schumann Festival in January is a centerpiece of the new season.

“Clara Schumann was an absolutely unique figure in the world of 19th-century music,” said Miller. “She was a remarkable person — one of the century’s greatest piano virtuosi, a brilliant composer, astute business person, and dedicated wife and mother to her eight children. But, like many 19th century women, Clara’s contributions were often overshadowed by her husband’s artistic achievements.” Miller continued. “Listeners will have a rare opportunity to hear almost every work Clara Schumann composed and get to experience the breadth of her artistic genius firsthand.”

The 2019-20 season also features many beloved classics and iconic works. Mussorgsky’s “Pictures at an Exhibition” opens the season, followed by Rachmaninoff’s Second Symphony in November and Mozart’s “Linz” Symphony in December. Joann Falletta returns to conduct Prokofiev’s romantic classic, “Romeo & Juliet” on Valentine’s Day at Proctors in Schenectady, and David Alan Miller leads the orchestra in Beethoven’s “Symphony No. 8” in April, which Beethoven playfully referred to it as “my little Symphony in F.” In May, David Alan Miller and Kevin Cole will team up for “Gershwin in the Roaring ‘20s,” an exploration of Gershwin’s works written for and arranged by iconic band-leader, conductor, and the “King of Jazz,” Paul Whiteman, whose music archive is at Williams College.

The 2019-20 season runs from October through the American Music Festival in June. Concerts will be held at the Palace Theatre, Troy Savings Bank Music Hall, Proctors in Schenectady, and EMPAC. With a growing audience, especially on Saturdays at the Troy Savings Bank Music Hall, subscriptions offer patrons the opportunity to purchase their favorite seat before tickets go on sale to the general public. Flexible “Compose Your Own” season subscriptions offers flexibility and convenience for professionals. Subscriptions start at $102. Students can purchase discount subscriptions and enjoy the full benefits of being a subscriber for as little as $45.