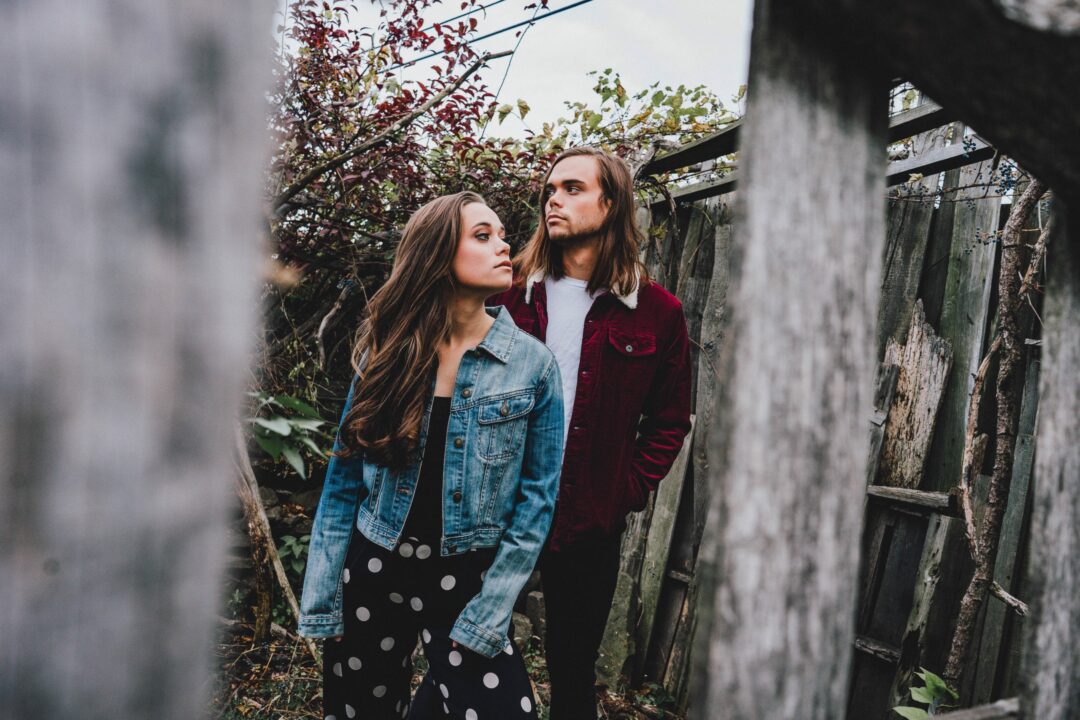 It’s an old proverb — almost as old as Keith Richards — but more apt to describe the recent actions of Jocelyn and Chris Arndt.

A year removed from the band’s debut on the Billboard charts, the brother and sister duo is now placing more pressure on themselves to produce something that will surpass expectations.

Two weeks prior to a scheduled show in Albany, the tandem drag themselves out of bed before dawn. It’s Wednesday, just after Thanksgiving, and they need to drive to Philadelphia to pick up copies of their upcoming album, “The Fun in the Fight.” But, the day will involve more than just picking up the newly minted CDs. Before jumping back into the car for another 200 miles to White Lake Studios, they’ll spend time reviewing the packaging, inspecting the discs, and listening to the sound. They’ll even check how the metadata reads across the stereo’s LED screen to ensure there are no spelling errors. Once done, most people would call it a day; however, they still have an interview and a rehearsal before the day is done. Somewhere in there will be time for dinner.

It was this time last year when Jocelyn and Chris broke into Billboard’s Top 40 in the Adult Album Alternative chart with “Red Stops Traffic.” The band’s third single off “Go” debuted at No. 37 just a few days shy of Christmas. Their name was listed among The Killers, Big Head Todd and U2 before the song slipped back down the chart in January.

“Go” was Jocelyn and Chris’ most successful release. It peaked at No. 2 on the Relix Jamband Top 30, and it stayed there for three straight months. Perhaps what’s most notable about the album is that it was produced while Chris was still attending Harvard. The two weren’t even full-time musicians yet. Chris has since graduated. They can now open the throttle.

“I think we’re all definitely putting more pressure on ourselves,” said Jocelyn. “It’s a good thing to have such a high goal to follow-up. I wonder how much we can beat that?”

“The Fun in the Fight,” which goes on pre-sale on Friday, Jan. 11, promises to be a venture that will take the band into new territory. It’s debut track “Outta My Head” starts off with Jocelyn singing over a blues riff off of Chris’ guitar, but it then turns into something different. It swiftly progresses into a layered, contemporary production; uptempo and hook-focused. It is the most commercial-leaning song the two have yet to produce. And, that’s just the beginning. Other songs within the 11-track album suggest Jocelyn and Chris could take aim at alternative radio in addition to the AAA and jamband genres they are accustom to playing.

“I was never huge into video games while I was a kid,” said Chris, “but, for some reason, the analogy that has come to mind lately is we’ve kinda been ‘leveling up.’  I feel like once we got into [the Billboard AAA Top 40] and that got onto our resume, a bunch of new people became interested in helping us.”

The Jocelyn and Chris team chase radio play. It involves networking, sending tapes, exchanging phone calls and logging in the miles between the more than 120 radio stations that fall under the AAA format. When “Outta My Head” debuted with Parade Magazine earlier last month, David Bourgeois, the band’s manager at Bridge Road Entertainment, said it caught the attention of different radio stations. Madison House joined the team prior to that, which will open doors to new venues. Rebecca Shapiro, of Shore Fire Media, was also hired over the past year to handle the band’s marketing. This, on top of the staff at Bridge Road Entertainment, with who Jocelyn and Chris recently signed a new, two-album deal.

Jocelyn and Chris Arndt start touring again this week. The band will perform at The Hollow Bar and Kitchen on Saturday, Dec. 15. Beau Sasser, who appears on the album, will guest perform. Opening the night will be El Modernist, followed by Sly Fox and the Hustlers.