Wurliday is out with another EP, release party with Dark Honey this Saturday 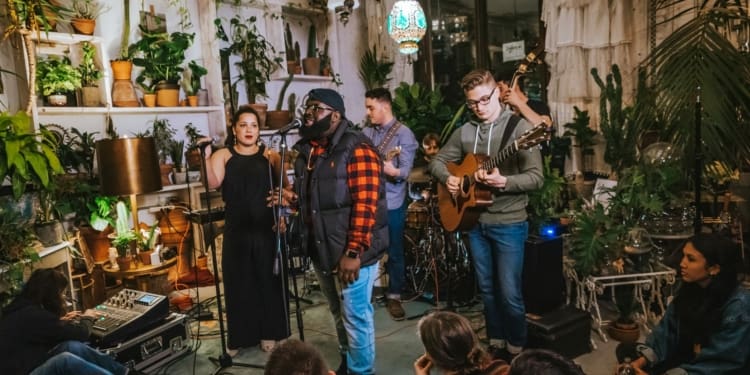 Four songs on the limited release by themselves don’t measure the impact. The start-up funk and soul band, pieced together by respected names within the local scene, has experienced more than its fair share of good fortune. Since starting up last year, the band has shared billing with En Vogue this past summer, along with headlining shows at Alive at Five and Rockin on the River. Now, the band follows up by dropping “Bedtime Blazer, Vol. 2” at an EP release party with Dark Honey at The Hollow on Saturday, Nov. 10, at 8 p.m.

Wurliday was conceived as a project that Henricks aspired to evolve as a band. It germinated through song and slowly grew from there with the help of fellow musicians supporting him along the way. Prior to Wurliday, Henricks was already known through his association with Beau Sasser.

Sasser had an established funk night over the New England border in Northampton, Massachusetts. One night, he invited Henricks to play and from there a friendship grew. The two launched Escape Plan together just before Wurliday, in which Sasser plays organ.

More names include Bryan Brundige, Phil Chow, Adam Siegel and Jeff Nania rounding out a starstudded horn section that lends credence to what has become the front-running act in Albany’s funk scene. But, another name that has helped the serendipitous success of the band includes Arielle O’Keefe.

Just as in Wurliday’s debut EP, O’Keefe has lent both her songwriting and vocal talents towards this new release. She co-wrote four of the six tracks with Henricks, including the recently released “Mill House,” the album’s opening track. Known to the world as Girl Blue, her name shot up on top with prominence once her solo work went viral on Spotify just a few months before Wurliday emerged. The band’s already established credibility was now brought to the attention of a larger audience.

Aside from the prerequisite horn section, Wurliday has been defined by powerful gospel-like vocals. The names have changed through studio work and live performances. Most notably was Mary Corso’s contribution who’d sing either with the band, or with various combinations of the line-up during funk nights at Parish Public House. However, that honor falls upon Ilana Morris. Tyrone Hartzog has lent his strong, soulful voice since the beginning.

Henricks said Wurliday has moved on beyond the project phase and into his primary focus. As eager fans wait to grab on to the band’s follow-up EP, Henricks said they are already working on a full-length album.

“This is definitely home for me,” said Henricks. “Which feels really good to be able to say. I’m putting, as they say, my eggs into the basket, and definitely excited to keep the train rolling as hard as we can.”

LETTER to the EDITOR: Colonie taxpayers are stuck