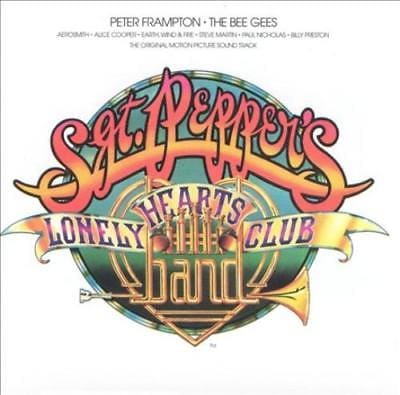 One would be hard pressed to find as colossal a mistake as Robert Stigwood Organization’s movie and soundtrack production of “Sgt. Pepper’s Lonely Hearts Club Band.” Go ahead. I’ll wait.

Robert Stigwood Organization, or RSO, caught lightning in a bottle shortly after forming in March 1973, and, just as fleeting, the record label went defunct 10 years later. Bookended in between was a timeline of unparalleled success. Consider that before the 1970s came to a close, RSO released the soundtracks for “Grease” and “Saturday Night Fever.” Each sold more than 30 million copies. The latter had long topped the list of best-selling albums of all time with more than 45 million records sold worldwide. Sales of the record were powered by the disco themes from the Bee Gees. Music historians have said the movie and soundtrack breathed new life into a waning disco nightlife. After its release in November 1977, it topped Billboard’s top album charts for 24 consecutive weeks and eventually earned a Grammy Award for Album of the Year. It remained on the charts until March 1980, 120 weeks after its debut.

The Bee Gees was just one of many commercially successful artists under RSO’s management blanket, with a list that also included Yvonne Elliman, Andy Gibb and Eric Clapton. Fueled by the popularity of both Saturday Night Fever, and Grease, RSO owned 1978. For 21 straight weeks, the record label owned the No. 1 single on the Billboard pop chart. It later charted another 10 weeks at No 1. In all, RSO held an unprecedented nine No. 1 hits in 1978.

Amid the success on the charts was the summer movie release of “Sgt. Pepper’s Lonely Hearts Club Band,” an adaptation of the Beatles’ 1966 album of the same name. RSO was producing both the movie and subsequent soundtrack, just as it did with “Saturday Night Fever.” It was pairing the talents of the Bee Gees, its stable thoroughbred, and Peter Frampton, whose live album just about everyone owned. RSO reportedly invested $12 million on the soundtrack, alone. Robin Gibb appeared to be so confident as to share with Playboy Magazine, “There is no such thing as the Beatles now. They don’t exist as a band and never performed Sgt. Pepper live in any case. When ours comes out, it will be, in effect, as if theirs never existed.”

Robin’s own hubris “God is dead” statement originated from years of falling under the shadow of the Beatle’s staggering success during the 1960s. The band once issued a single to radio stations with a plain white label showing only the song title. It was 1967. Unsuspected radio stations assumed it was another release from the Beatles and played it. The song “New York Mining Disaster 1941” reached the Top 20. But, now it was 1978. George Martin, who produced the Beatles’ “Sgt. Peppers,” was on board. As Robin and his brothers continued to dominate the Top 10 like those four from Liverpool once did, who could blame him from feeling that he could do no wrong?

Despite debuting at No. 7 on the Billboard album chart, and enduring another six weeks at No. 5, the album tanked. More than four million copies of the record were taken off the shelves and shipped back to distributors, earning the soundtrack with the dubious distinction of being the first record to “return platinum.” RSO destroyed hundreds of thousands more. George Martin is said to have regretted his involvement in the end.

Now, 40 years later, it’s not all that bad. There are, after all, some worthwhile takeaways should you score a copy at your local used record store.

As for the performances, there is margin for error.

Consider that musical tastes change just as frequently as fashion trends. There are the classics that never go out of style, and the fads that flash brilliantly before burning out just as quickly. In the case of both music and fashion, the 70s fits that definition as snug as a bright pair of hip hugging, polyester bell bottoms.

Nonetheless, trends have a habit of being revisited. For the sake of 70s pop music, that’s a required taste. That comes to mind with Sandy Farina’s “Here Comes The Sun.” The early synth sound is heavily steeped in 70s pop. Something to keep in mind is that the movie was a bit of a rock opera, where much of the dialogue was expressed in song. Farina starred opposite of Peter Frampton in the movie. She was a young woman who movie producers plucked off the streets to counter balance the known stars in the movie. With that know, we can’t say anything bad. It, actually, is not terrible. She sings a sweet rendition of “Strawberry Fields” later on in the album.

What’s difficult to stomach throughout the album is that you have a collection of 24 cover songs, some of which are done worse than you’d find at your local bar.

“I Want You (She’s So Heavy)” starts out in such a comically bad way, it reminds me of Austin Powers. Again, it’s taken from the movie, but that still doesn’t make it any less of a joke.

There are takeaways that make this album worth a purchase. Nearly every song features a decent horn section. Those who are fans of the current funk soul music trend ought to give this a listen on YouTube, at the least. The one gem that comes to mind is Earth, Wind & Fire’s contribution to the soundtrack. “Got To Get You Into My Life,” is one of the few hits that emerged from this album. This legendary soul band was able to remain above the stink initially made by contemporary critics. And, in 2018, this song still stands the test of time. It’s worth playing on repeat.

Aerosmith is another example of rising above. Through the years since the boys from Boston released “Come Together” this track has been associated with them just as much as the Beatles, themselves. Steven Tyler’s distinctive voice helps.

Unfortunately for the Bee Gees, there is no ducking comparisons to the Beatles. In many cases they each sound more like the Fab Four, and that’s something they tried so desperately to break away from earlier in their careers. The fact RSO management signed the Bee Gees to this project is an incredible example of someone being tone deaf to their talent’s career.

Frampton, despite his success with Frampton Comes Alive a few years before, doesn’t stand out too well while listening it to today’s critical ear.

For nostalgic reasons, you can buy this album for the Bee Gees, for Frampton, and for a younger version of Aerosmith. For fans of comedy, you may want to pick this up to hear George Burns (Oh, God!) and Steve Martin. Both comedians appear in the film. Despite the commercial and critical failure of the soundtrack and film, it lends a view into the great effort placed into the project. It was a mash-up of contemporary stars with the Fab Five.

LETTER to the EDITOR: Time to work together 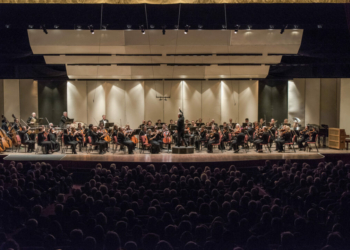