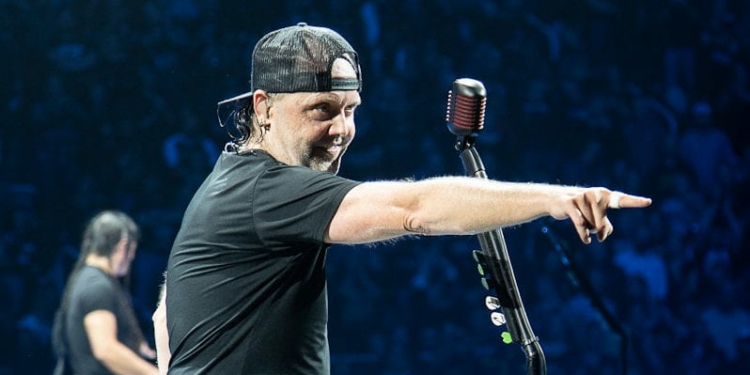 Metallica returned back to Albany on Monday, Oct. 29 for the first time in nearly a decade.

The last time the heavy metal icons played to the Capital City was during the Death Magnetic Tour in 2009. This time, the band is on its WorldWired tour, blasting through 34 cities it has not visited in the past year — and some that they haven’t been to in decades.

To get things going, the band brought Jim Breuer to the Capital District and started having fun with the fans prior to the show. Breuer brought up fans to test them on their Metallica knowledge. Once Breuer was finished having the crowd singing along to all time favorite metal tracks, it was time for Metallica.

Metallica went all out with its stage design in this tour. The stage was placed in the middle of the arena, providing the audience with premium viewing access no matter where they were seated. The lights went dark and “The Ecstasy of Gold” played on the public announcement system, making fans jittery with anticipation for the start of the show.

Metallica opened the night with “Hardwired” and “Atlas, Rise” off its latest album “Hardwired…To Self-Destruct.” The band followed with some favorites, including “Seek & Destroy” and “Creeping Death.”

It was great to see “Seek & Destroy” played earlier in the show. One of the oldest tracks from the band’s catalog is often saved for the encore. Metallica then played  “Welcome Home (Sanitarium)” from “Master of Puppets.”

Throughout the night the band played a well-balanced show of new and old songs. Metallica played a three-song encore starting with “Fight Fire With Fire” off “Ride the Lightning,” then slowing it down with “Nothing Else Matters” which led into “Enter Sandman” ending the night on a high note. It was great to see the band healthy and performing well back in Albany.

Photos and review by Frankie Cavone / Special to The Spot 518