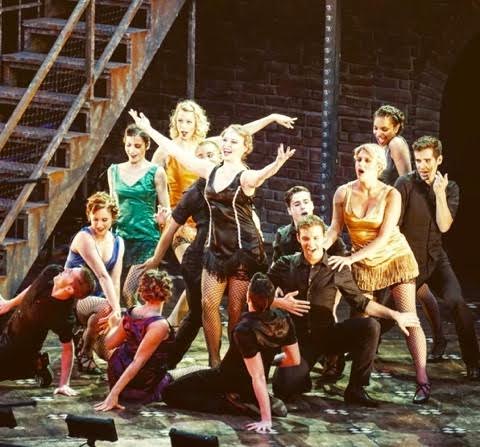 ALBANY — Building on 30 successful years in Albany’s Washington Park, Park Playhouse is expanding its year-round artistic and educational program offerings at the Cohoes Music Hall in the City of Cohoes.  In addition, the company announced that it is creating Playhouse Stage Company, a new division which will support the growth of these programs throughout the Capital Region.

“We are excited to announce this fantastic partnership with the City of Cohoes and our new division, Playhouse Stage Company,” said Playhouse producing artistic director Owen Smith. “We will continue enhancing our popular and growing summer programming in Albany’s Washington Park.

The creation of Playhouse Stage Company is an important strategic move for Park Playhouse, which strengthens the company’s role as a leading regional arts and education organization serving families and children in the Region since 1989,” continued Smith. Many Park Playhouse alums have performed nationally and internationally, appearing in performances on Broadway, in national tours and on major television networks including AMC and HBO.

“It’s incredible that just two years ago we were a struggling mill town trying to find our identity, and today we are one of the premier locations within the Capital Region- known for our stunning Music Hall, top rated Rock The Block concert series, highly reviewed restaurants, and now home of Park Playhouse, one of the most celebrated theatrical organizations in the region,” Cohoes Mayor Shawn Morse said. ” It’s exhilarating to know that such a highly regarded organization as Park Playhouse, with many of the region’s top-rated professionals serving as staff and board members, sought out Cohoes to be their new home. It sends a loud message that Cohoes is alive, well and the place to be.”

As part of the partnership, the City of Cohoes will support an expansion of the company’s programming at the historic Cohoes Music Hall, which will grow from five shows in 2017 to seven shows in the 2018-19 season.  This opportunity has enabled the company to present theatre year-round, as well as offer a subscription series.  In addition, the city will support new programming produced by Park Playhouse in the summer of 2019 at the new amphitheater in Canal Square Park.

“Our partnership with the City of Cohoes and Cohoes Music Hall is a significant development in the history of Park Playhouse,” said Board President Allen S. Goodman. “We are grateful for their generous support and dedication to Park Playhouse’s success.

Park Playhouse will continue to produce their Broadway-style free musicals sponsored by Albany Med, KeyBank and other corporate and individual donors in Albany’s historic Washington Park. These productions have been presented for the past 30 years and have been attended by more than 1.25 million people.  Over the past several years, Park Playhouse has offered a year-round slate of musicals, school programming and educational services at venues including Albany’s Washington Park, Cohoes Music Hall, Palace Theatre and the City School District of Albany as well as more than 40 schools in the region.

“We have been honored to work with the City of Cohoes and Music Hall Arts Alliance over the past year and welcome the opportunity to further expand our year-round programming in Cohoes as we head into our 31st Season,” said Smith.  “We are pleased to have the opportunity to grow this programming in Cohoes and are grateful to the City for supporting our expanded artistic and educational programs.”

Smith noted that Park Playhouse programming at the Music Hall during the last season resulted in over 7,000 visits to the Music Hall and City of Cohoes; this number is expected to continue to grow as the company builds its year-round regional presence.  As part of establishing the Playhouse Stage Company division, Park Playhouse will continue to lead the Cohoes City School District’s free summer youth arts program for city students. Additionally, the Playhouse will bring each of its school touring productions to the Cohoes Musical Hall for Cohoes district students. Playhouse staff will also provide venue management support to Music Hall Arts Alliance for the operation of the Cohoes Music Hall. Most notably, the company’s summer programming will be expanded beginning  by mounting two productions in Cohoes’ beautifully renovated Canal Square Park next summer, including a musical revue-style production and a “Theatre for Young Audiences” musical for families.

Titles for the 31st Season of Park Playhouse, including next summer’s lineup in Washington Park, a series of musicals to be presented at Cohoes Music Hall year-round, new Canal Square Park programming, and scholastic touring productions, will be announced later this month. “It is a tremendous step forward for our organization to present unique theatrical programming in Canal Square Park alongside our traditional summer musicals at the Washington Park’s lake house in Albany,” Smith said. “It allows us to move even further toward our long-held goal of implementing a regional summer theatre festival to connect and enhance the lives of more people through the arts. None of this could be possible without the support of the City of Cohoes and the establishment of our new Playhouse Stage Company division.”