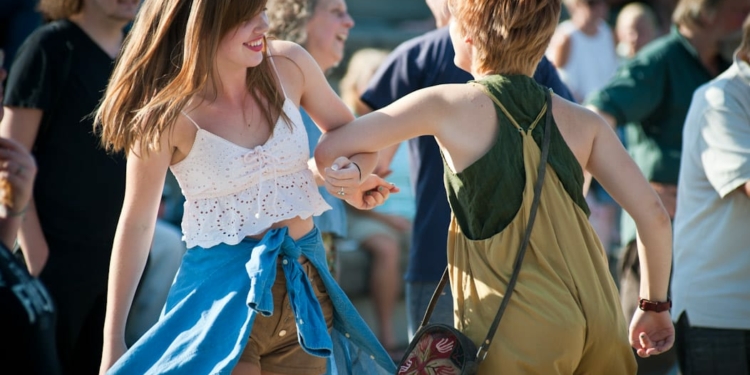 The Lovin’ Spoonful’s 1966 hit described the scene in the Capital City on Thursday, July 26. The day was hot and gritty, but once the sun was going down, it was a different world at Alive at Five.

Members from both bands made comments of the unusually hot sun on Thursday night. Ryan Delaney, of Blind Crow, shared he was envious of those in the crowd camped under some shade. Yonder Mountain String Band’s Ben Kaufmann reminisced of the band’s last appearance at Alive at Five, under the bridge, in a rain storm, away from the intense sun.

It reached 85 degrees at the Albany International Airport at 6 p.m. on Thursday, but that didn’t deter the audience from the show. As Joe Butler said, “At night, it’s a different world.” A handful of people in the crowd danced the night away, despite the heat.