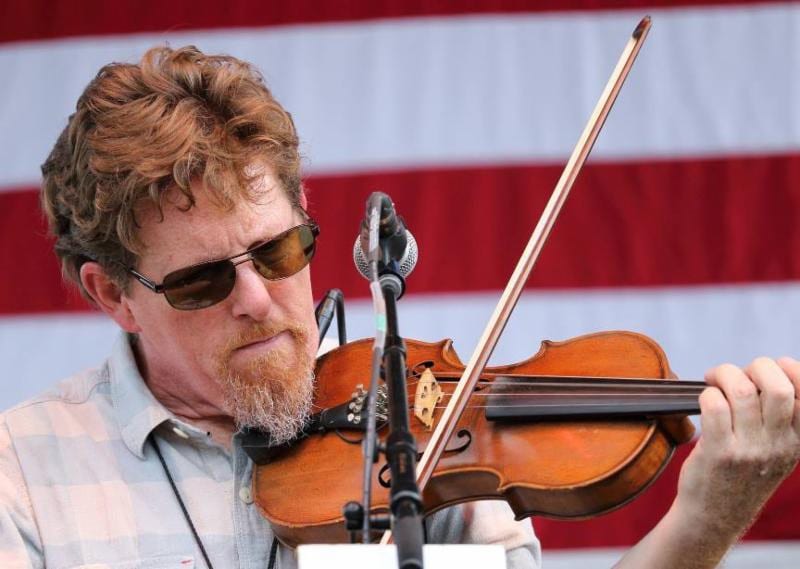 HUDSON — Grammy Award-winner Tim O’Brien is a veritable, certified bluegrass/roots-music superstar. He’s an old-time singer-songwriter who plays multiple instruments, including guitar, fiddle, mandolin and banjo—pretty much anything with strings. In the 1970s, he founded Hot Rize, long regarded as one of the most innovative and entertaining bluegrass bands. He boasts an eclectic solo career.

O’Brien brings his encyclopedic knowledge of bluegrass and roots music, as well as his dazzling skills on every stringed instrument known to mankind to Club Helsinki Hudson on Friday, Aug. 10, at 9 p.m., in a concert featuring the Tim O’Brien Bluegrass Band. O’Brien’s all-star group includes Mike Bub on bass, Matt Combs on fiddle, Corey Walker on banjo, and Jan Fabricius on vocals.

A few years back, he recorded a Bob Dylan tribute album, “Red on Blonde” — Red being an alter ego, as Hot Rize would often play back-to-back shows in the guise of old-time novelty act Red Knuckles and the Trailblazers.

“Fiddler’s Green” was a Grammy Award-winning celebration of Appalachian music and its Celtic roots. He describes his 2015 album, “Pompadour,” as a “breakup record,” saying, “I separated from my wife four years ago and got divorced a year after that. So there’s a breakup, an assessment and ultimately delight at the end.”

His most recent album, “Where the River Meets the Road,” features songs from his native West Virginia. Bluegrass and Americana covers from songwriters Hazel Dickens, Billy Edd Wheeler, and Bill Withers sit alongside heartfelt autobiographical originals, with help from collaborators like Chris Stapleton, Kathy Mattea, Stuart Duncan, and Noam Pikelny. The title track tells the story of Tim’s great grandfather, who in 1851 emigrated from Ireland to Wheeling. Back then, the new National Road had just connected Baltimore and the east coast to the Ohio River. Hence, Wheeling was “Where the River Meets the Road.”