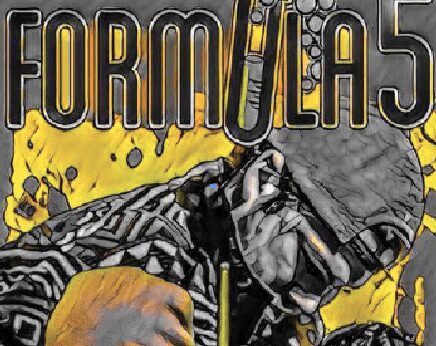 ALBANY — Are you a fan of Formula 5? Well, drink them up the next time you’re at Ben & Jerry’s.

The shake, named simply as “The Formula 5 Flavor Shake,” is a combination of a few favorites from Ben & Jerry’s collection of ice creams. The “Formula” uses parts Cherry Garcia, parts Totally Baked, more Phish Food, milk and M&Ms. If you picked up on a recurring theme, we commend you.

“Bringing Ben & Jerry’s and Formula 5 together to mix up a shake just made sense,” said Mike Sperduto, co-owner of the Ben & Jerry’s Madison Avenue location. “From The Grateful Dead and Phish, to Willie Nelson, we keep our eyes on the smile, music and ice cream, and taking this to a local level, especially with the commitment of a band who embraces our values, really solified it for us.”

A portion of the shake sales go towards local casues, such as The FUND for Lake George and Friends of Five Rivers in New Scotland.

The shake will be available throughout the summer at several local Ben & Jerry’s locations, including Albany, Saratoga Springs, Lake George and Watkins Glen Scoop Shops.

The band is currently on tour for the summer, with its next stop in Lake George to headline its own Rock the Dock Music Festival on Friday, July 13.

State Police to step up patrols through July 5