Mountain Jam is this week, and three of our own musical talents will be there 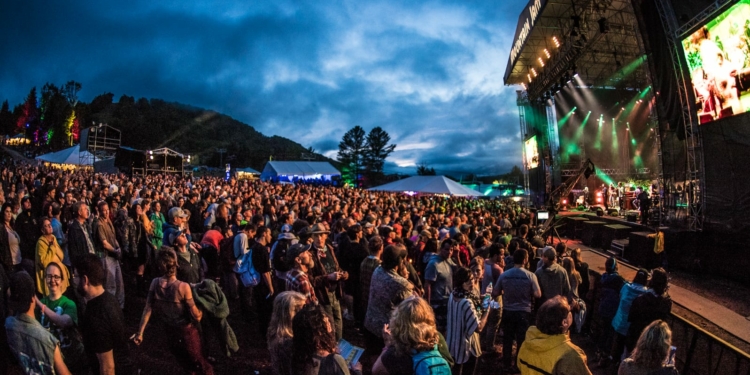 HUNTER — For the first time in recent memory, Mountain Jam is not headlining a Rock and Roll Hall of Famer, and it’s going back to its roots as a champion of the Adult Album Alternative format.

Aside from the appearances of The Allman Brothers Band, of which Mountain Jam co-founder Warren Haynes is the guitarist, headliners had included Tom Petty and Led Zeppelin’s Robert Plant. Neither one necessarily fit Radio Woodstock’s AAA format, but the name power didn’t hurt.

The three-day festival on Hunter Mountain seldom suffers from a lack of attention. Since kicking off with its first event in 2005, it has been considered one of the best festivals in the region — and, certainly the best of its kind in upstate New York.

This year, the lineup does not include the out-of-place big name. It’s done away with booking artists who have climbed the mountain and reached the top, and focused on those bands who continue to climb. The festival still includes recent successes with names familiar to alternative fans. Grammy Award winners Sturgill Simpson, Portugal. The Man, Josh Tillman, and The War on Drugs headline with recent Grammy nominees alt-J and The Decemberists. The breadth of the lineup includes names that have performed in local venues, Chicano Batman, The Other Brothers, Turkuaz and The Felice Brothers — all of whom have played in the Capital District within the past year. The largest commercial success among them all would be Sunday’s headliner Jack Johnson.

Johnson strumbed his acoustic guitar into mainstream households with his 2002 hit “Flake.” Since then, he’s garnered several accolades, taking home awards from ESPN and Surfer Magazine, of all places. He later earned a Grammy nomination, but never took away the trophy. As upside down that may be, don’t let the feeling go away that this coming weekend will make for an amazing live music event.

Serving as perhaps the best example of the Capital District’s vibrant music scene is the inclusion of three local artists on this year’s bill.

Sydney Worthley has continued to impress people since dropping her debut album “Strong” last September. Her polished CD featured her versatility as both a performer and songwriter, flowing from pop to folk, and rock to country through each of its 14 tracks. In the span of a year, she’s gone from the local stage at Albany’s Tulip Festival to one of Hunter Mountain’s three stages at Mountain Jam. In between that time, she’s earned airtime on radio stations throughout the region, performed at Songfest last month, and is scheduled to precede her

appearance at Hunter with a show at this week’s Rockin’ on the River in Troy. All of this, while juggling with her studies at Voorheesville High School. Worthley said she’s “not nervous” as she approaches her Sunday appearance at Mountain Jam.

“I feel really prepared and really excited,” she said. “I’ve never been to a festival before, so I’m really excited to be at the festival and watch all these big acts.” The festival weekend falls in the middle of finals for the teen, but she’s not concerned. She said she’s just as prepared for her exams as she is excited to see Jack Johnson perform.

As impressive as Worthley’s opportunities have come to her this past year, she said she plans to seek advice from some of the artists. Portugal. The Man, which earned Best Pop Duo/Group Performance at January’s Grammy Awards, is one of the bands she singled out as she relates to their pride in musicianship over studio production.

“They’ve risen to stardom really quickly,” she said. “I just want to ask them how they feel about how everything has been going with them, and if they were prepared to be so big, so quick.”

Jocelyn and Chris Arndt returns to Hunter three years after making its Mountain Jam debut. At the time, these two also juggled between a burgeoning music career and continuing their academic studies. Both have since graduated from Harvard University. Chris, however, did so after the band earned its first Top 40 single when “Red Stops Traffic” broke through Billboard’s AAA chart last December. The band is working on a new studio album, and is scheduled to play two sets this weekend. Things are likely to get a bit funky once the band takes the

The Arndt’s blossomed from playing local fairs to traveling the country within the span of a few years. Chris said it’s difficult to see the growth from his and his sister’s perspective.

“We’ve talked about how it’s really weird, because when you’re in it, you don’t really notice that things are changing,” he said. The surrounding environment has changed little in the past four years Jocelyn and Chris have played under (and with) manager (and drummer) David Bourgeois. “It’s my inclination to think that we are where we were four years ago,” he said, adding that there was no one moment to define a threshold signifying the band’s rise in popularity. “But, at the sametime, you take a step back. Four years ago, we weren’t played on any radio stations and now we’re played on 200 across the country.”

Yesterday, people were quick to compare Jocelyn to Grace Potter. Jocelyn’s vocal range is more dynamic. She goes lower. It’s reminiscent of one Kozmic Blues artist out of Texas. However, being described along with Potter still makes Jocelyn smile. She had her chance to speak with her at Mountain Jam in 2015. She didn’t take it.

“I had this weird thing in my brain,” she said. “I wanted to meet Grace Potter, but I wanted it to be as artistic equals. [She laughs.] I have this vision in my head that someday I’ll meet her and she’ll know my music just as well as I know hers. Or, at least know of it.”

Nestled within the Catskill Mountains, Hunter is a place New Yorkers go to escape civilization. The town boasts of two villages, Hunter and Tannersville, with a combined population a shade over 2,000 people — half of the number of graduate students at the University at Albany.

That still may be too populated for Sean Rowe.

Rowe is a bit of a mountain man. He’s known for setting out into the woods, camping and foraging for food. In fact, he just launched a web series titled “Can I Eat This?,” where he combines this love with his passion for music. Men’s Health followed him on such an exhibition for a 2012 feature. Now, Rowe is taking friends out with him. In a trailer video he released last month, he appears with Arielle O’Keefe of Girl Blue. His intimate interaction with nature is akin to the private living room concerts Rowe is also known for.

“I don’t normally play in apartments,” he said, “because I have equipment. I mean, I have. And, the cops would come. [Laughs.]… I think that, in terms of a public show, in a venue, 200 is awesome. In a club, that’s intimate. You can see everybody. You can see the end of the room. I love that. That’s my favorite, actually, because you get the energy from the number of people who are there, plus the people in the back can still really hear you.”

This weekend, his next living room will be expanded to the base of the Catskill’s second largest mountain.

Planning Board and fire district disagree on sidewalk, color of proposed south station

Cops are people, too. And, they have some cool stuff