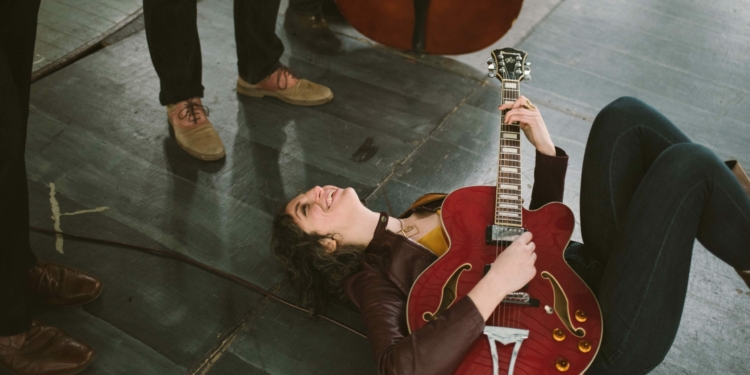 The bottom of Zan Strumfeld’s Bandcamp page says it all. She describes her music through hashtags — acoustic, fingerpicking, folk, indie. Familiar adjectives and verbs used to help draw fans into her book of belonging; the last of which, however, is something that’s less likely to be typed into any search box: winter folk.

Her tags don’t mislead you. Her 2017 release “Book of Belonging” is a string of soulful songs about heartbreak, loss, and often times tripping over the mistakes of falling back into the bed of an ex-lover.

“While all my songs are personal to me and often specific, I want people to walk away with feeling connected to them through their own experiences,” said Strumfeld. “Which is usually the case for all music anyway.”

This is my book of belonging:

How I’ve never belonged to anyone, any place, any time.

This is my story of longing:

How I’ve longed for someone every day of my life.

And then I met you.

I’m lost from that,

And I hold onto that,

So this whole damn thing is for you.

Strumfeld’s voice and acoustic guitar dominate in each recording, with a little bit of bluegrass and a smidge of Gillian Welch, whose name she drops on the second track “New Girl.”

“I love Gillian. She’s ballsy,” said Strumfeld. “[She] sings about beauty and darkness, all with this gorgeous voice that truly never gets old. And her musical chemistry with her guitarist Dave Rawlings is the kind of musical relationship I crave. It’s flawless.” Strumfeld said the song was inspired after a night of running into not one, but two ex-partners. Michael Gregg, who plays banjo with the band, was listening to Welch with her that night. In addition to Welch, Strumfeld listens to mostly female songwriters — Joni Mitchell, Carly Simon, Laura Marling, June Carter.

This winter folk music lulls you in like a hot cup of coffee next to a warm fire in February. But, like the cruelest of fates, the point of the year that promises love on Valentine’s Day is also the month when most couples split. “Second Plate” wraps you into a false sense of security being alone, never minding you’re stuck in the same routines of brewing coffee and fixing dinner for two.

Strumfeld is a writer. The metronome for her speech sways a little slower. With a pensive stare, she takes in her surroundings while fully engaged in conversation. Like the late Tom Wolfe, she is saturated into the moments that surround her so she can later write about it. When her stint with newspaper journalism ended at Spotlight News, she picked up and moved to Iceland to be a farm hand. She said she wanted to know how it felt.

Strumfeld gets to writing only when she’s inspired. That inspiration comes in spurts that maybe spans once every two years or so. Not by coincidence, that’s about the same time interval between each of her broken relationships. The raw emotion from each romantic bond severed is poured into lyrics. She said it’s almost understood now that when a man comes into her life he is committed to one of two outcomes: a relationship, or a song.

Part of that emotional cycle includes what had been an on-again, off-again relationship with live performances. The songs would come, followed by the performances, and then it would stop until the inspiration came back again. Last year, Strumfeld deviated from that pattern. Last September, she was asked to perform at Sydney Worthley’s CD-release party at Jupiter Hall. The band she had asked to perform on her own CD agreed to perform. A few more pieces were added to the band as a one-time fling for the live performance, but afterward, they all wanted something more. Practices were scheduled and more gigs were planned. They fooled around and fell into a band.

Strumfeld and her band will play at Rare Form Brewing Company as part of Troy Night Out this Friday, May 25.