No Result
View All Result
Home The Spot Pop Culture 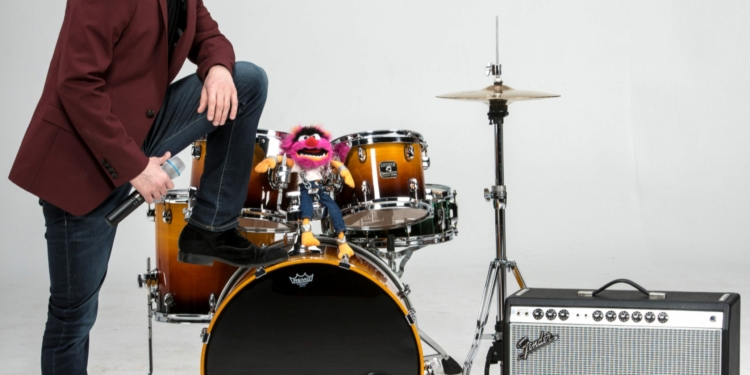 ALBANY— Anna Sui recently shared her most memorable moment involving New York Fashion Week with Vogue magazine. It didn’t quite amount to Paris Fashion Week in 1991 when Madonna wore the designer’s clothing and launched her young career into the stratosphere. Instead, she remembered how Ronald McDonald appeared at her Gotham show a few years later wearing the same bright orange wig as she was.

This weekend, Albany is throwing its own fashion week: A showcase for local designers to flaunt their designs. But, instead of upstaging Anna Sui, this will be Ronald McDonald’s show. It starts with a free exhibit of the Albany Fashion Week Expo on Friday, May 18, from 5 to 9 p.m., at the Pearl Street Pub. The runway opens up to models the following evening in front of the Pearl Street Pub on Saturday, May 19, from 7:30 to 9 p.m. Attendees can shop from various vendors from 5 to 9 p.m. Tickets prices for Saturday range from $30 to $100 and are available at eventbrite.com. Proceeds from the event go towards the Ronald McDonald House.

Such fashion expos set the stage for creative minds to showcase new ideas, and like Sui’s rise in Paris more than 25 years ago, a star can be born. In Albany, there is such a creative mind making his debut, and the stage will be his this weekend.

Michael Razzano is no stranger to the stage. Since he was a kid in middle school, he aspired for a life on Broadway. Making a connection with an audience, singing before thousands while in character. That’s how Andrew Gabriel remembers his first encounter with Razzano.

Gabriel, the artist manager and producer at Ambassador Music Group, had just moved to the area with his wife Rose from Los Angeles when they both attended a production of “Rent” at Skidmore College in Saratoga Springs.

“We actually met Michael before we met Sydney [Worthley],” said Gabriel. Worthley is another of his clients who has quickly climbed the ranks within our local scene since dropping

her debut album last September. “The whole cast was incredible, but I remember just hearing his voice and saying, ‘wow, that voice!’ Then, fast-forward maybe a year. We saw Michael and a friend of his perform at Troy Kitchen. And, again, we heard that voice. We were blown away.”

Gabriel approached Razzano at Troy Kitchen about possibly recording something together, however, “the stars were not aligned,” he said. Razzano was in the midst of deciding what he wanted to do with music. He had studied theatre for only a semester before making the jump to the lauded music program at the College of Saint Rose to study singing. He would later drop out of the program due to tuition expense.

“Broadway was the dream,” said Razzano “I wanted to do theatre. That was it. I thought I was set.” In “Rent,” Razzano played the role of Roger, a struggling musician who mourns the loss of his girlfriend April, who committed suicide after learning they each contracted HIV. “There was so much raw emotion in that role. … I just thought it was the most valuable role in the show just because of how much emotion I had to put into that role. … I love being upset on stage.”

That emotion acts as a conduit between Razzano and the audience before him. He said it’s easier to connect with people while “upset” than it is to play someone who is “happy.” It’s the vulnerability from dropping down the facades that seperate people. It helps to explain how the soulful indie-pop artist’s work revolves around the topics of relationships, some broken and some just struggling to connect.

Razzano signed with Ambassador Music Group last September, making a connection with Gabriel after occasional back-and-forths over social media. By then, Razzano had decided to commit to a music career.

“I realized, theatre wasn’t the direction I wanted,” said Razzano. “I learned the real passion was signing.”

In the weeks leading up to Albany Fashion Week, Razzano is at Gabriel’s recording studio, working on more than 20 covers for the weekend event, of which he is the headlining act. He’s to sing on both nights. First, at the Friday night expo, then on Saturday, while the models strut across the runway. He’ll follow that by performing at an exclusive VIP party at The Hollow that evening. Worthley is to open for him. The opportunity for exposure has him anxious.

“Definitely nervous,” said Razzano. “My style that I like to do is usually slow, ballad-themed songs. But, obviously, that’s not the right style for a fashion runway. So, we basically chose a whole new set of 20 to 25 songs, and we’re really kicking those in gear. Yeah.”

Razzano released a video single “Squeeze” last month on YouTube. Gabriel said he already has about six songs that are ready for an album that’s in production now. Despite the butterflies, Razzano said he finds the chance to share music for a good cause to be “cool.” That’s exactly how Gabriel would describe Razzano’s demeanor on stage.

#518 Songfest: One day music fest highlights some of brightest in local music