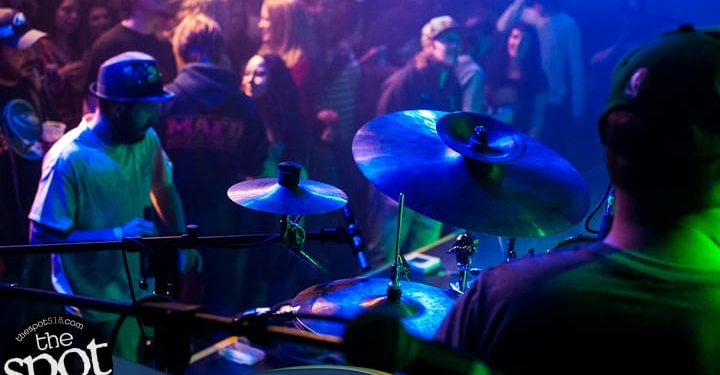 SARATOGA SPRINGS – The sights and sound coming out of Putnam Place on Saturday, April 21 weren’t unlike anything to come out of a college dorm room. It was, however, the grand scope of it all that made it so cool.

Scott Hannay Plays Video Games opened the night with an ensemble of musicians re-imagining the music of video game classics such as Super Mario, Final Fantasy, Sonic the Hedgehog and Zelda. Hannay helped bring the classic 8-bit video games of Nintendo and Sega back to life with an accompanying display of recorded game play presented behind the band as it performed.

The night continued with Pink Talking Fish, opening its set with a tight cover of Pink Floyd’s “Run Like Hell.”