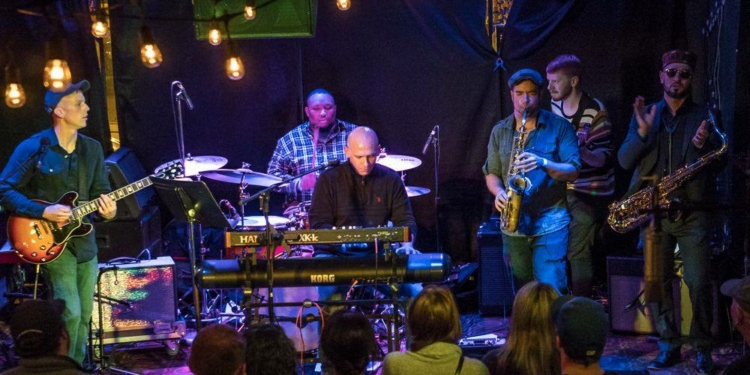 ALBANY — As it prepares to drop its debut album, local funk band Hartley’s Encore is throwing a party at The Hollow Bar + Kitchen on Friday, April 27, at 8 p.m.

Self-described as the “house band at your dance party for the apocalypse,” Hartley’s Encore is an energetic funk ensemble with a soulful horn section. The band has performed at local venues since forming nearly two years ago. It’s eponymous debut album is a six-track EP, from which a tease of its first single can be heard on NYSMusic.com.

The show starts at 8 p.m. Tickets are available at eventbrite.com.

The Hollow Bar + Kitchen is located at 79 No. Pearl Street.

Delaware Ave. Streetscape Enhancement project to wrap up by May 18