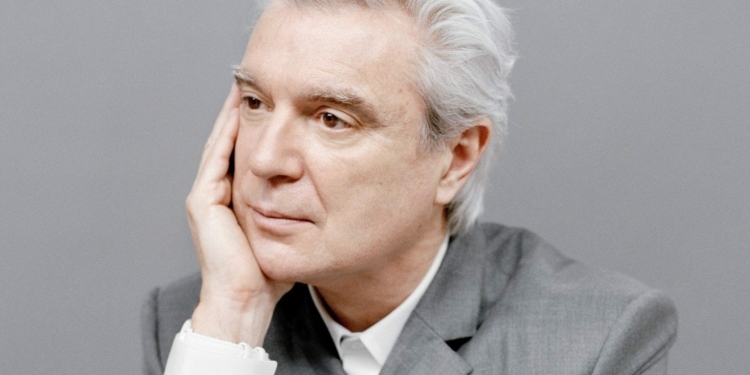 Byrne latest release “American Utopia” is a follow up to his 2004 release “Grown Backwards.” It’s his first release in more than a decade, inspired by the current political climate in Washington.

“These songs don’t describe this imaginary and possibly impossible place, but rather they attempt to describe the world we live in now,” stated Byrne, “and that world, when we look at it, as we live in it, as it impacts on us—immediately commands us to ask ourselves- is there another way? A better way? A different way?”

The David Byrne: American Utopia Tour is scheduled to kickoff with a night at the San Diego Civic Center on Thursday, April 12. The tour stops in Albany at The Palace Theatre on Sunday, Sept. 9.

For tickets and information, visit ticketmaster.com or palacealbany.com.

Byrne is best known as the frontman for Talking Heads. The new wave band was thrust into popularity as part of New York City’s CBGB music scene in the 70s. The band earned additional commercial success with the emergence of cable television and the growing popularity of music videos on MTV.

The band released eight studio albums before Byrne decided he wanted to branch off and go solo in 1988. News of the split, however, was not announced until 1991. The single “Sax and Violins” was the band’s final track, released that year.

Talking Heads was inducted into the Rock and Roll Hall of Fame in 2002. The band famously reunited to play four tracks on stage, including “Psycho Killer” and “Burning Down the House.”

Byrne said “American Utopia” is a group of songs meant to answer whether the principles defined as The American Way of Life are still plausible.

“The title is not so much about a utopia, as it is about our longing, frustration, aspirations, fears, hopes regarding what could be, what is possible,” stated Byrne. “How and what could we be. Surely, we ask ourselves, it doesn’t have to be like this. There is a longing for possibility — and I have a feeling that is what these songs touch on.”

HEALTH and FITNESS: Dieting and dining out