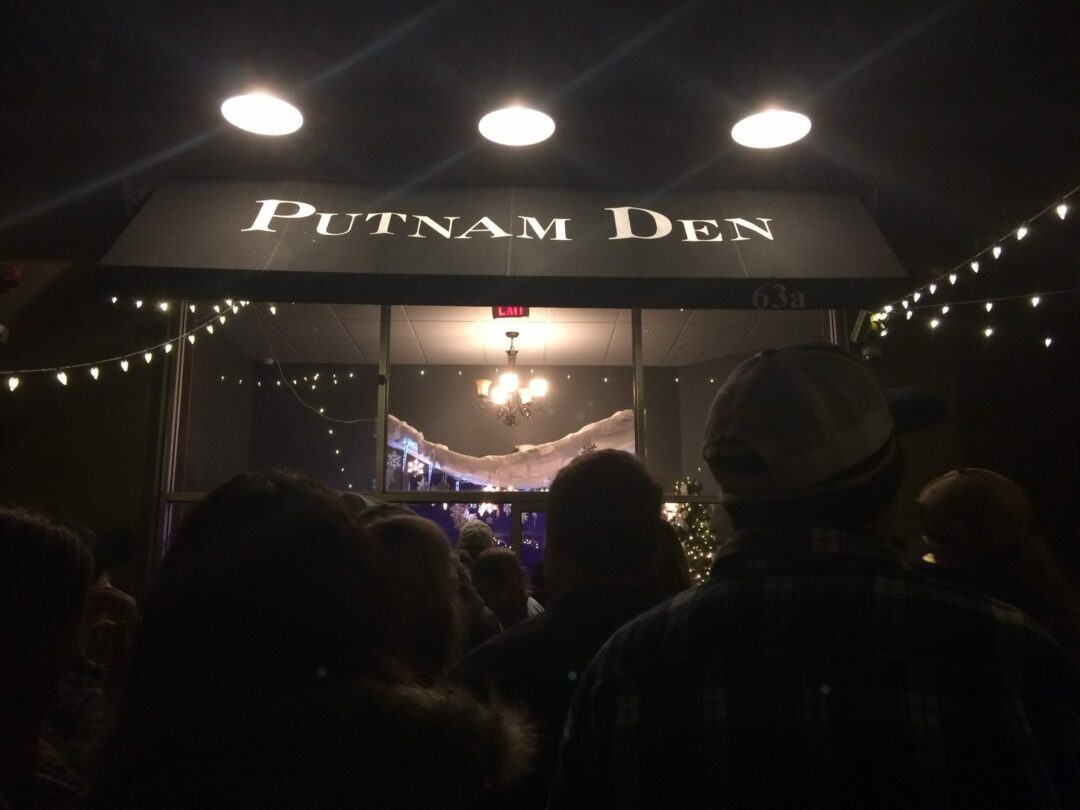 SARATOGA SPRINGS — Somewhere between Wall Street and Shakespeare lies the true value of a name.

Corporations spend millions of dollars on establishing their brand. It’s a reputation cultivated over time, or an image established through board meetings and focus groups. Success is defined less by how a company identifies itself, and more with how customers identify with it.

Tiffany Albert, owner of Putnam Place, knows that all too well.

Step foot in Saratoga Springs on any given Friday or Saturday night, and you’ll find yourself in the midst of a party unlike any in the Capital District. On the corner of Putnam and Caroline streets you are surrounded by the sounds of several live music venues. Patrons enjoying the Spa City even outside of track season. Putnam Street is, arguably, the heartbeat of the city.

For a decade, live music fans have identified with Putnam Den, a converted pool hall Albert bought and turned into a popular night spot for entertainment. Tucked behind the sprawl of Victorian Aged buildings along Broadway, it fit a certain attitude. While the socialites took in the Saratoga on its Main Street, “The Den” was where the young played and enjoyed up-and-coming bands from across the region.

Earlier this month, as part of an impressive overhaul, the “Den” was stripped away to reveal something more substantial. Instead of a room, or cave, as the former name implied, it is now a place. The Putnam Place.

“A lot of risk to [change] the brand,” said Albert, “which is why we decided to keep Putnam. We wanted to indicate that we are thinking bigger, while keeping our loyal fan base happy.”

Putnam Place started taking shape late last year through a series of changes to its interior. First, the concrete slab of a floor was replaced with a wood and vinyl dance floor. The stage was built out. An elaborate concert-lighting package was installed. The sound system was upgraded and its soundboard moved from the middle of the dance floor to the back of the room. And, leather upholstered VIP sections that flank both sides of the stage.

“Upgrading our system, the green room and the interior, that will all attract the upper echelon of artists; who simply have things in their contract that they want to have and now we can offer those things,” said Albert, who just prior to the interview had confirmed booking rapper Wyclef Jean for Friday, March 2. It’s an early example of the caliber of talent she intends to attract.

Albert purchased Putnam Place ten years ago, moving on from Red Square in downtown Albany. In that time, the landscape surrounding the Spa City’s Broadway has transformed. Several residential and hotel projects have blossomed throughout the city, fueled partly by the promise of an emerging Tech Valley.

“As far as Saratoga Springs goes, the quality of entertainment and what anybody can spend their money on has steadily increased,” said Albert, admitting that the changes around Putnam Den helped influence change. “We wanted to remain competitive and appeal to a larger, broader audience base. Putnam Den was charming… but it was getting to the point that it needed a facelift.”

Through her nearly 15 years of experience, she said she’s learned to expand the types of music and entertainment showcased on her stage. In addition to live music, she will feature theatre, host beer yoga, and introduce paint and sip classes.

“We want to offer them a more eclectic music line-up and more eclectic shows,” said Albert. “So, we are really expanding the way we utilize this space, this place, to convey there’s more to it than the Den offered.”

Albert said she’s not straying away from the local and regional musicians who have walked through her doors in the past. She hopes to create the opportunity to have local bands share the bill with larger, established acts. The changes to the venue have already impressed many familiar with “The Den.” Formula 5’s Matt Richards took to Facebook to voice his excitement prior to last weekend’s show.

“Putnam Place really stepped up its game,” he wrote. “Get out here and experience this incredible venue.”

Nonetheless, Albert said she has heard the grumbles of loyal fans who grew concerned. “I think there’s going to be a certain group of people who will always refer to it as The Den,” said Albert, “and that’s cool. I mean, it was The Den for a long time. I think our loyal fan base has expressed some concern over whether they’re going to feel the same vibe, but the shows that we’ve had since the renovation, they’ve been blown away. They love it even more. Better sound. Better lights. Better bands.”

A shot from Cupid: The physical and emotional ways love affects us