HEALTH and FITNESS: That first meal of the day says everything about you, and your waistline 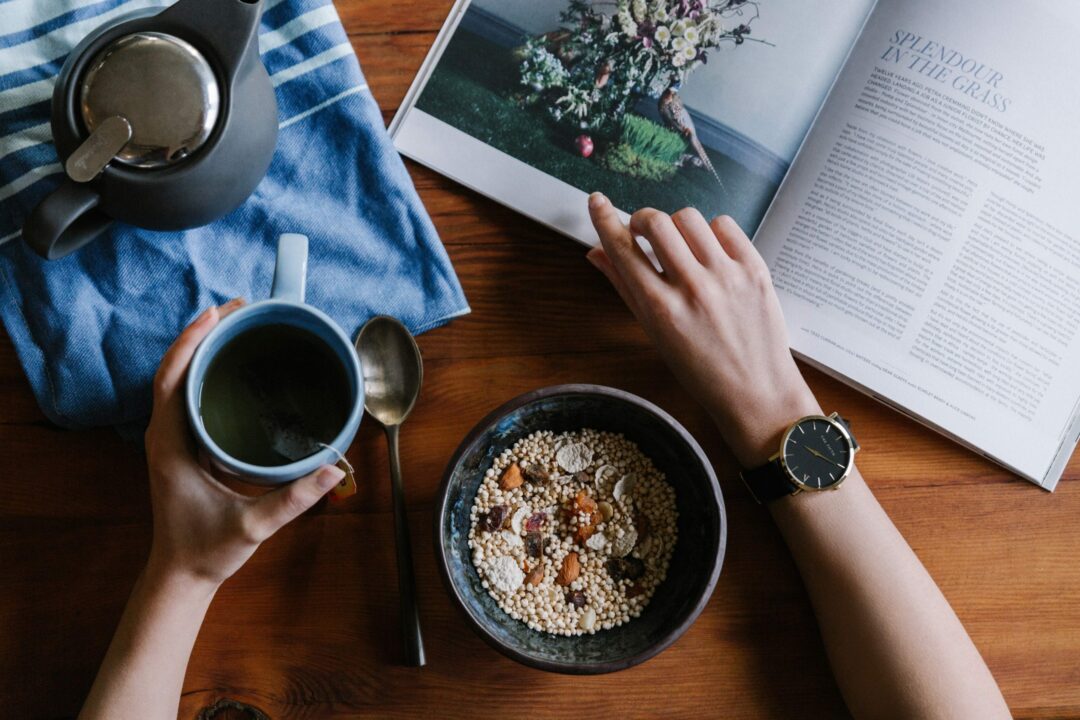 There’s a lot of misinformation, and even some controversy, when it comes to breakfast.

Most of us have heard the axiom, “It’s the most important meal of the day.” Conversely some “nutrition gurus” out there also claim that you can simply skip it.

So, what’s true? Personally, I believe it’s an important part of a healthy eating program. In my years of helping people lose weight and get healthy, one of the most important changes I’ve seen people make that leads to success was the changes made in their morning breakfast.

People who eat a nutritious breakfast tend to be the ones that don’t have weight problems and are generally in good health. That excludes people who skip breakfast. There’s no nutritional value in skipping meals. Unfortunately, for those of you who make poor dietary choices, you also exclude yourself from the nutritional benefits of a good, healthy breakfast.

Poor breakfasts include the following:

Breakfast pastry: muffins, doughnuts, bear claws and croissants which of course sure taste better with coffee. And by coffee I mean a sugar coated, fat filled double mocha frappuccino with 2 shots of… well you get the idea.

Granola Bars or other “quick meal” products that can be eaten quickly and mindlessly usually while driving in the car.

Breakfast Cereal usually again the over processed sugar bomb types that aren’t actually made from real food but from things manufactured in a lab.  Often disguised as being “healthy” by having things like “Protein” or “Heart Healthy” on the box, these little gems are a nutritional nightmare.

Drive-Thru Breakfast Sandwich – Again much of these is made from processed foods but disguised and made to look healthy (not to mention marketed that way) by the restaurants.

Also, what I failed to mention, is that all those items above are mostly loaded in calories.

I see these behaviors commonly enough with some of my clients, a couple of whom had huge successes by making changes to their breakfast routine.

Joe was your classic non-breakfast eater. Other than coffee, he didn’t eat a thing until after noon.  Workdays, weekends, didn’t matter. He followed that pattern day in and day out for years, usually because he wasn’t hungry.

I had Joe keep a food journal for a couple of weeks. His task was to write down everything he ate or drank and the time he ate them. Also, I had him track how hungry he felt at the time he ate. A pattern showed up that made it pretty clear what was going on.

Joe thought he wasn’t hungry, but really, he was starving himself, and would make up for it later. Before going to bed at 11 p.m., Joe would still consume upwards of 4,000 calories, leading to him gaining more than 100 pounds his ideal weight. That eating pattern may have also contributed to him not feeling hungry in the morning.

So consistent was Jane at hitting the drive-thru she was on a first name basis with all the employees, and they often had her order ready to go when she got there.

As with Joe I had Jane log what she was eating and when we figured it out her typical breakfast was almost 1, 000 calories or almost 75 percent of what her total calorie intake should have been for the entire day.

In both cases we made the same small change.

We came up with a few healthy breakfast options, ones that they could easily make and which didn’t take a ton of time in the morning to have. The options included things like protein oatmeal, yogurt with berries and protein smoothies. All could be made ahead of time or took just a couple of minutes to make.  And by using real food as ingredients (none of that pre-packaged stuff) they found that, not only did they taste better, but they saved money, too.

After they starting to with their changes, the results showed. Joe found that by having a small breakfast he wasn’t as hungry in the afternoon, and ate a smaller lunch. He also cut back on the night eating. The end result, Joe ate nearly 1,000 calories less each day.

For Jane that same change saved her almost 700 calories each day. Not to mention, because she eliminated donuts from her diet, she wasn’t crashing later in the morning and no longer reaching for more food because of it.

Bottom line: for both Joe and Jane, adding a healthy breakfast enabled them to shed over 60 pounds, each. Now, to be fair, they incorporated exercise and ate better overall, but they also attribute most of their success to making that one, simple change in breakfast.

Dan Romand is a co-owner and operator of Full Circle Fitness-NY in Albany and Saratoga Springs, where he is also a certified personal trainer.