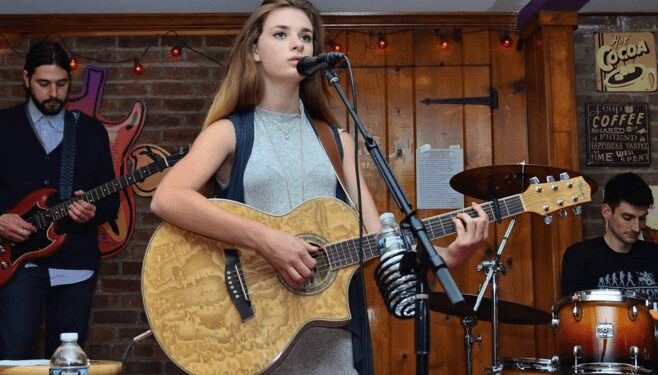 HUNTER — Mountain Jam Festival revealed this year’s lineup to its annual music festival on, and local music lovers have much to rejoice over.

Tickets are on sale now for the three-day music festival, to take place Friday to Sunday, June 15 to 17, at Hunter Mountain.

The aural spectacle has hosted marquee names in recent past, Tom Petty and Robert Plant just to name a few. This year, festival organizers appear to be tipping their hand towards more independent and alternative musical acts. Jack Johnson, Sturgill Simpson and alt-J were named as headliners to this year’s event.

Jocelyn and Chris Ardnt, of Bridge Road Entertainment in Albany, will return to the mountain where it last played in 2015. This time, however, the band is slated to play on the main stage.

Sydney Worthley, of Ambassador Music Group, was also named among the nearly 40 acts in this year’s lineup.

With 2018 only a few weeks old, the recent news only foretells what is likely to be a tremendous year for both local bands.

Since the release of its sophomore studio album, “Go” last May, Jocelyn and Chris Ardnt have charted on Billboard’s Top 40 AAA chart with “Red Stops Traffic.” The band debuted on the chart at No. 37 in mid-December, and has remained on the charts for six weeks, and counting.

Worthley dropped her debut album “Strong” last September to much critical acclaim here in the Capital District. She has since released two tracks, “Strong” and “123,” both earning considerable playtime at radio stations throughout the country.

There is a definite mix of genres in this year’s lineup, representing Americana, funk, dance, alternative and rock.

Turkuaz, the “powerfunk” band out of Brooklyn, is no stranger to the Capital District. Its shows are always full of high energy, full of lights and sounds of pop, R&B and jazz. It, too, was named among the acts to appear during on Hunter Mountain. But, local fans don’t have to wait for June to arrive, as the nine-piece band will play Cohoes Music Hall on Wednesday, Jan. 31.

The list of acts to play Mountain Jam this year also include Portugal the Man, George Clinton and Parliament Funkadelic, Chicano Batman, The Felice Brothers and more.

For tickets and information, visit mountainjam.com.