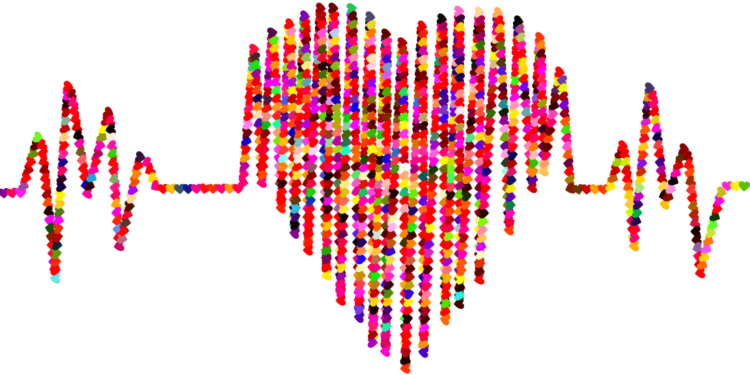 A couple of weeks ago, my wife  Lauire and I followed one of our annual traditions. It’s something we started the year we moved into together though to be honest it’s something I’ve been doing for the better part of a decade now.

What is it. It’s something I like to call my Krazy Kitchen Kleanout.

As the name implies I go through the kitchen cabinets, our pantry and well to be fair pretty much the entire house and toss out those “bad” things that always seem to manage to find their way into the house.

This year we filled two huge leaf bags with stuff.

Surprising? No not really. You’d be amazed at what manages to find its way into your cupboards over the course of a year. Heck we even found stuff that we’d missed last year and the year before.

So why do we do it? Some time ago, while I was studying nutrition, my mentor used a saying that I knew immediately was spot on.

If something is available to be eaten, someone WILL eat it.

Maybe not right away, but at some point someone will avail themselves of whatever you have lying around.

If like me you’re a child of the ’60s and ’70’s you probably grew up with a parent who pushed you to eat everything on your plate. The old “There’s starving kids in [insert country of choice] who wish they could eat that food. I know. I heard it at least two times a week through my entire childhood.

Setting aside the obvious lesson involved, which is you need to clear you plate and eat everything on it, even if you weren’t hungry any more — hello, food disorders — the end result is we were all taught that food is not to be wasted and never (gasp) thrown out.

Many of us took that to heart which, is why our pantry’s fill out up with tons of food items, some of which will sit for years.

And, eventually, we (or someone we love) will find it and eat it. More often than not, its some chemical laden, processed food that has the shelf life of uranium.

Think about it for a second, over the course of a year how many times to you buy things on impulse or for a party or something. You don’t use it all so into the pantry it goes. A few weeks, or months or even years later, you stumble upon the package and hey its been here a while and I can’t let it go to waste so.

Human nature being what it is, not to mention those starving kids somewhere looming over us we tend to eat it all in just a few (sometimes as few as one) sitting.

So, why not get rid of that temptation and remove it?

The how sounds simple enough.. just go through your pantry and toss out anything that is “bad”. But for many that process is a lot harder than you might think it would be which is why sometimes people pay me to come in and do it for them.

I start by emptying out our kitchen and pantry of any and ALL junk food items.

Throw out the processed, sugar-filled and carbohydrate-rich junk food items that have been contributing to your weight gain.

Yes, I said get rid of it! If it’s not in your house, you can’t put it in your mouth.

Those boxes of cookies, gone, those crackers that you needed for the family party last summer, buh-bye.  Those holiday candies and treats you bought in case folks stopped by, hasta la vista.

If you’ve never done a clean out before you might be shocked at how much of that stuff there is in your house.

And, let me tell you people really struggle with this part. If we’re being honest with each other the thought of throwing those out can be difficult because we spent our hard earned money to buy them.

I get it, but you have to decide if you’re willing to pay the other price by not throwing it out which is the price of your (and your families) health.

After tossing out all the junk I then have my clients go back through it again and get rid of those things that aren’t necessarily “junk” but things that might not be the greatest for you. What that is is up to you. They may be things that you needed for a recipe that time you made it or things that you just picked up on impulse.

Finally, we make that third pass and that is the one where we look at the expiration dates on things and get rid of anything that is expired or about to.

And, my friends the amount of those items you have sitting around may shock you. The all time record was someone (that would be me) who had a boxing of baking flour that had expired 11 years earlier. 11 YEARS!

Now that you’ve cleaned things out it’s time to replace some items. And here’s where that old axiom turns itself around.

If something is available to be eaten.. someone WILL eat it.

It can be used for good as well as bad. So start by replacing all of the junk items with healthier options. Things like: whole, fresh food s such as fruits and veggies, lean protein, eggs, seeds and nuts.

Keep in mind the closer an item is to its natural state, the healthier it is for you. Stay clear of “health food” that comes packaged and processed.

Now I know what some of you are thinking.. my spouse and kids will go nuts if I throw out all that bad stuff and replace it with good. And guess what you’re prolly right.

BUT, if you hold firm and replace those boxes of sugary cereal with a whole grain, no sugared one guess what? Our axiom will kick in and your kids will eat it.

Oh sure they might complain about it but if you stand your ground in time they will not only accept it but learn that not only is it healthier but it tastes pretty darn good too.

“Small Steps” don’t feel quite right to many. But when you think about it, almost all successful activities work that way.

Think about it for a second,  did you start out as president of your company your first day on the job?

Heck for most of us that first day is spent trying to figure out where the bathroom is and getting the paperwork done.

Most likely, someone showed ou around, helped you fill out that paperwork and maybe had you do a few small things to get yout started. No one really expected you to light the world on fire on your first day and neither should you expect that of yourself.

And that applies to fitness as well. Start with some small changes and build on them.

Success breeds success and those small changes can really add up if you stick to them.

Dan Romand is co-owner and operator of Full Circle Fitness-NY in Saratoga Springs in Albany.