HEALTH and FITNESS: Resolutions for the year ahead 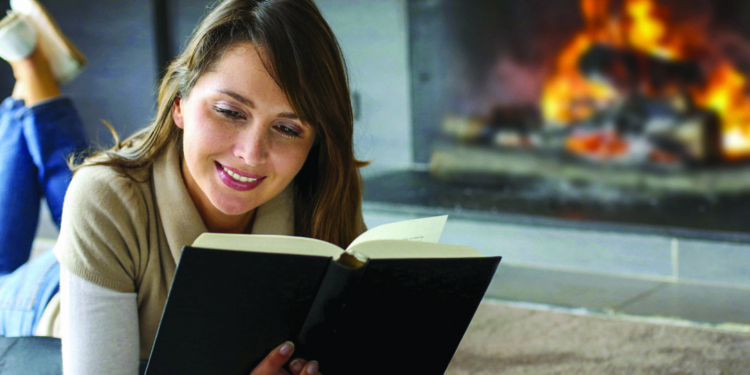 Many people see the dawn of a new year as the perfect time to implement changes that they hope will have positive impacts on their lives in the year ahead. New Year’s resolutions have a way of falling by the wayside as the year progresses, but sticking with the following healthy resolutions can have lasting impacts on the lives of men and women.

• Read more. Many adults wish they had more time to read, but busy schedules filled with commitments to work and family can make it hard to pick up a book every day. But perhaps more men and women would find time to read if they knew doing so could add years to their lives. In an analysis of 12 years of data from the University of Michigan’s Health and Retirement Study, researchers at the Yale School of Public Health found that people who read books for as little as 30 minutes a day over several years lived an average of two years longer than people who did not read at all.

• Sleep more. More time to sleep might seem like an unattainable goal for many men and women. But the National Heart, Lung, and Blood Institute notes that ongoing sleep deficiency can increase a person’s risk for chronic health problems, including heart disease, kidney disease, high blood pressure, diabetes, and stroke. The American Academy of Sleep Medicine recommends adults age 18 and older get between seven and eight hours of sleep per night.

• Turn off your devices. As recently as 15 years ago, many adults made it through their days without smartphones, tablets, e-readers, and other devices that are so prevalent today. While it might seem impossible to live without such devices in the 21st century, turning them off can have profound impacts on people’s quality of life. A 2013 survey of more than 1,000 people conducted by the resilience platform meQuilibrium found that 73 percent of respondents felt their devices contributed to stress in their lives. The American Psychological Association notes that stress can negatively affect the musculoskeletal system, the respiratory system and the nervous system and potentially increase a person’s risk for heart disease and gastrointestinal problems.

• Work less. Working fewer hours may help many professionals cut back on their stress, as the APA notes that 65 percent of Americans cited work as their primary source of stress. But working fewer hours may also make men and women more productive. A recent experiment funded by the Swedish government compared nurses at a retirement home who worked six-hour days on eight-hour salaries to a control group that worked the more traditional eight-hour workday. Nurses in the experimental group reported having more energy in their spare time and at work, which allowed them to do 64 percent more activities with facility residents. Nurses in the experimental group also took half as much sick time as those in the control group. As a result, the study’s authors ultimately concluded that productivity can increase with fewer hours worked.

Committing to healthy New Year’s resolutions can have profound and unexpected consequences that can greatly improve one’s quality of life.