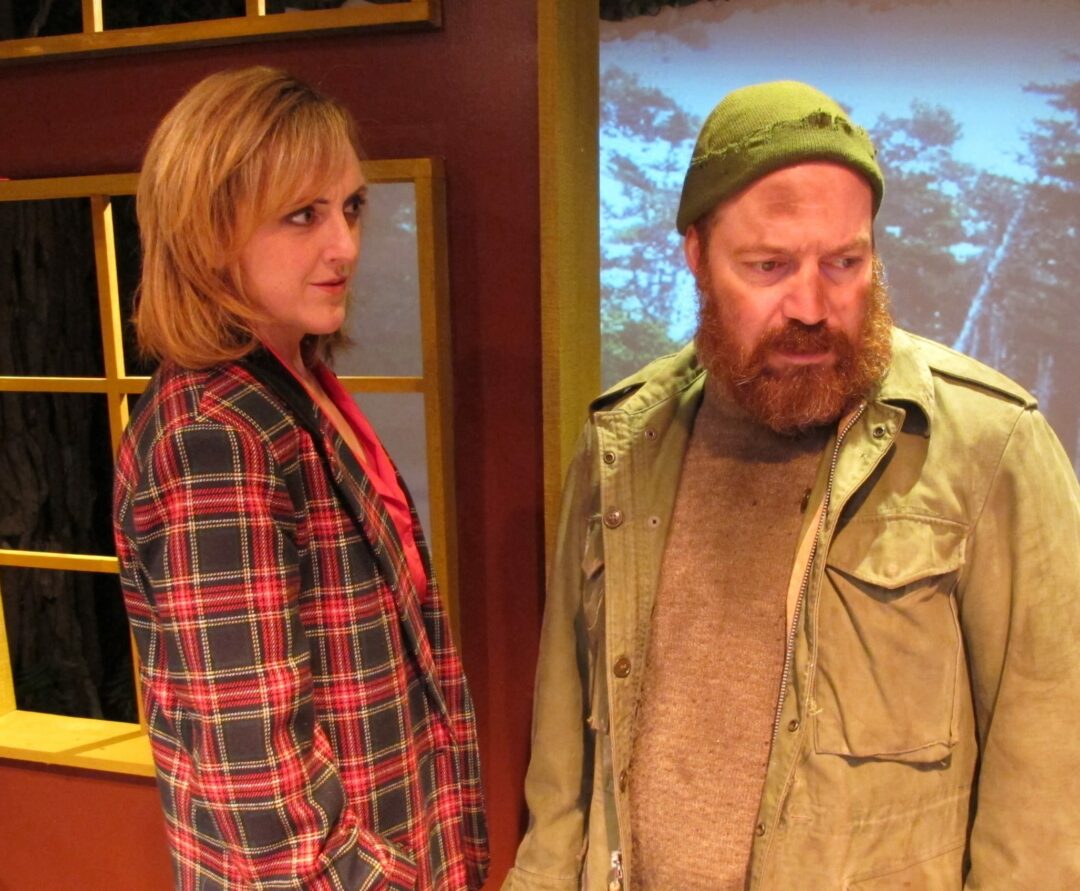 First, the six performances over two week-ends run is too brief for the excellence of the production; and second, director John Sowle needs to teach his cast to act with an audience when it demands, through their sustained applause during the curtain call, that the three actor cast return to the stage and accept the well-earned and hard-clapped “thank you.”

But Pulitzer Prize-winning playwright Lanford Wilson has other magic at hand in this 1992 play. Wilson weaves together the paths of 17-year-old Vietnamese-American orphan Geri (a wholly believable Pham, who catches the mix of teenage angst and yearning wonder to find out who she is), an equally confused but yearning for peace of mind Vietnam Vet Lyman (Tisa is the heart of this production, creating the lost soul Lyman in staccato bursts of words that bring an audience in to his journey), and Aunt Geneva (a wholly focused and engaging Parker), erstwhile owner of this Redwood forest whose lifelong memories of the trees are on the verge of being torn asunder.

By “Redwood Curtain’s” end, the paths conclude where they began, in the midst of the Redwoods, and the metaphorical magic revealed (Geri has a lineage full of epiphanies and magic worthy of Jon Snow) prompts the applause that the surprising mix of laughter, sorrow and recognition has earned.