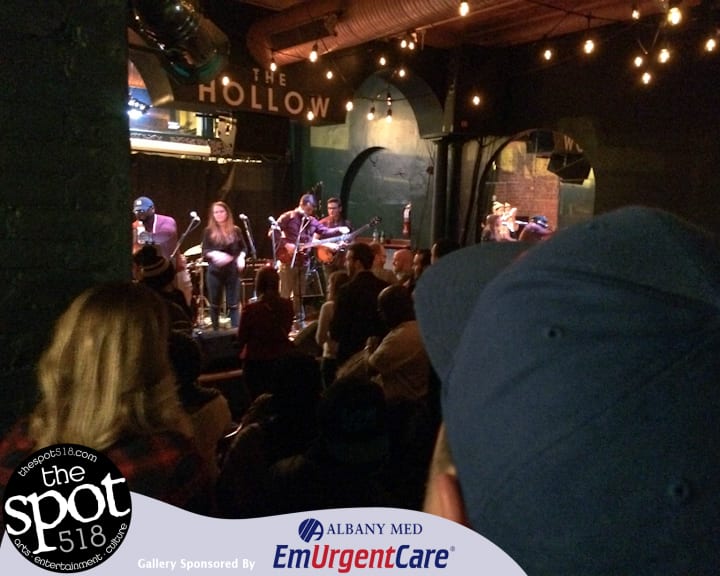 ALBANY — The Capital City was exceptionally busy Friday night with legendary musicians David Crosby at The Egg and Bob Dylan performing at The Palace on Nov. 17. But, it was The Hollow that showcased a couple of the brightest stars to start the weekend, and they each came from here in our local scene

Though you’ll find Arielle O’Keefe’s name on the inside jacket of Wurliday’s recent CD release, “Bedtime Blazer” she performed solo as Girl Blue to open the night for the funk band. Girl Blue performed songs off of last year’s debut release, “I Am Not a Star.” She admitted to attendees, after having just returned from playing a gig where the crowd appeared to show her little attention, that she was going to satisfy herself by playing the way she wanted to. The result was a captivating blues performance that left many fans howling with approval. Within the mix of her original songs was her cover of Fleetwood Mac’s “Dreams,” which she only just released on Spotify last month. In the end, she left the stage with many asking for more.

Wurliday kicked up the fervor of the night with its characteristic funk, backed by a blend of blues and gospel. With “Bedtime Blazer” having been released only earlier this year, the catalog of songs was still fresh and full of energy. The band dedicated its cover of Stevie Wonder’s “Superstition” to a member of the crowd celebrating her birthday. The overall blues and funk from the night left the crowd with an upbeat musical experience not to be outclassed by the aforementioned legends playing elsewhere.