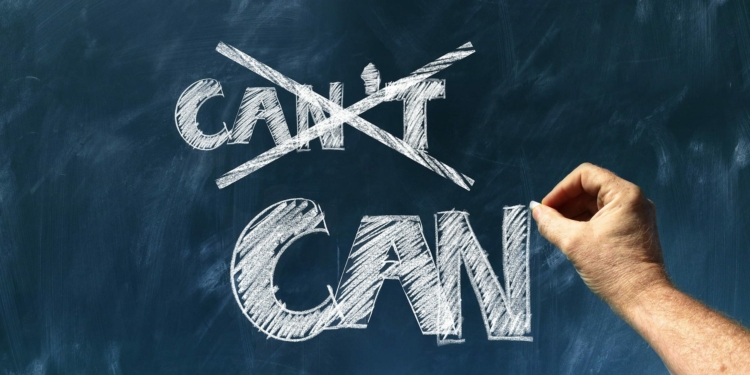 Recently I was talking with someone who wanted to work with me on “Getting Her Life Back.” Let’s call her Cindy.

Cindy is and amazing woman. She’s an executive at a local company, won several awards in her industry and has seen success at every level in her life. Oh yeah, she’s also raising three kids.

And like so many others, Cindy expressed to how she struggles to keep her fitness on track. As she said, “Life gets in the way and next thing you know…”

And, as I talked to her I recalled an article I had read a few years back by leadership expert Kevin Eikenberry.

The article was targeted toward business leaders so I knew that would resonate with Cindy. I shared the article with her we redefined it in terms of fitness.

When it comes to getting healthy or working on your fitness, the truth is, that it’s much like running a successful business.

To be successful in business you need to have a plan and then work with that plan. From there it’s about focus and fixing issues that hold the business back, utilizing and building on the strengths of the business to improve profit.

Same when it comes to fixing your health. You need to have a plan and then work that plan. That means knowing what to eat, how much and when. It’s means scheduling your exercise, having a workout plan, and then following it. From there you need to address those things that slow you down from success such as over snacking or skipping workouts. You want to build on those strengths you have to help you achieve your goals.

The first step much like in business is defining how you are going to approach it. A large part of that as Mr. Eikenberry pointed out is having the right attitude that can directly support reaching your goals and helping you achieve them more quickly.

The Positive Attitude – This is the first “P” and in my opinion the most important. I’ve worked with thousands of people to help them lose weight and get in shape and a positive attitude is the No. 1 thing that defines success or failure for most people. Too often people get the all or nothing mindset and go full bore. They eat right for a couple of weeks and get to the gym. But while dedicated at first, they “hate” doing it. They feel deprived, and forced into exercising. Then, when the inevitable life event comes they give up and walk away.

Ever made a New Year’s Resolution to lose weight only to give up a few short weeks later? Then likely you approached it with a negative attitude perhaps without even realizing it. Those who are successful go into it with a long-term approach. They know that true success doesn’t happen overnight and that they do have to make changes in their lifestyle. But that doesn’t mean having to spend hours in the gym or surviving on broccoli and chicken. It’s about learning how to eat real food in the right amounts and finding fun activities that you enjoy doing. Most importantly it’s about having a positive attitude and knowing that by just moving one step forward each day you will succeed.

The Possibility Attitude – Believing that you can succeed in reaching your goal influences your success in reaching that goal. And this too is something that holds people back when it comes to succeeding at weight loss or improving their health. Simply put, deep down they don’t believe they will succeed. So again, when the inevitable “life happens” moment comes, they use that as an excuse. They go to a party and go nuts on food and then use that as the reason to give up because “See it happened again I was good for 5 weeks then blew it at the party. Therefore, I might as well give up,” thought process. Those that succumb to that way of thinking I’ve found, really didn’t believe they could succeed. They didn’t believe deep down inside in the possibility they might succeed. Those that do succeed believe to their very core that they WILL succeed if they just stick to the plan. Sure, there will be ups and downs and moments when they will go off track but instead of giving up they get right back to it and focus on the long term because they KNOW they will succeed if they do.

The Proactive Attitude – Taking action adds to your enjoyment and satisfaction in seeing yourself building up momentum. As mentioned earlier, it’s about having a plan and executing it. Without a plan you won’t be able to deal with things that life throws at you and trust me friends’ life WILL get in the way. Having a proactive attitude when it comes to your health also means knowing that there will be times you’ll get off track. There may even be times you go completely off the rails. But instead of giving up they get back to their plan and thus back on track. It also means that in your plan you build in little successes or goals to achieve along the way to help you build momentum. In my case this was a large reason I got 120 pounds off and have kept it off. You see when I first started out I lost 20 pounds in the first couple weeks then NOTHING for the next 6… that’s right now 1lbs lost. In fact, I actually gained one back. But because I was proactive I stuck to my plan and believed in it. I also didn’t focus on the 120 pounds I needed to lose because that would have been like looking at climbing Mt Everest to me. Instead, in my plan I shot for the next 9.9. At first, my goal was to get to 349.9. Once I hit that I reset my goal to 339.9 and so on. I knew that if I focused on getting to the next 9.9 I’d get back on track because it helped me build momentum.

By having a plan and taking action on it plus building in rewards I was able to get over life’s hurdles.

Dan Romand is co-owner and trainer at Full Circle Fitness-NY in Albany and Saratoga Springs.