HEALTH and FITNESS: ‘We’ve got a problem’ 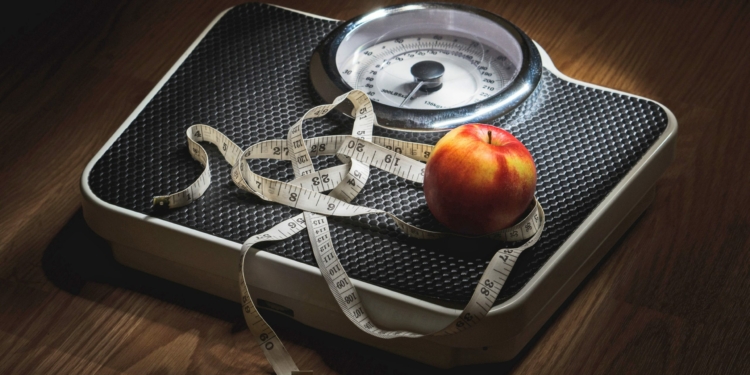 Last week was an anniversary of mine; one not many know about.

Fourteen years ago was the day my life changed.  No. It wasn’t getting married, and it wasn’t having a child. I had a doctor’s appointment. I had just turned 40. And, after enough nagging from my then-wife, I went to get a physical.

Like most guys, I never went to the doctor. It would be my first physical in —maybe— five years. Why didn’t I go all those years? Well, I was fat. Not overweight. Not obese. Capital F-A-T. And, I didn’t want to get lectured by the doctor about it. I already heard it before. As they say, ignorance is bliss. Let me tell you folks, I was blissful.

To the doctor I went. As I’m sure you know, the first thing the nurse had me do was to step on the scale.  It’s a moment people dread, and I was no exception. I knew what was coming. I hadn’t weighed myself in years, but I knew I was a little bit overweight. So, I stepped on the scale.  It was one of those monstor looking things with sliding weights. The nurse immediately set it the big, 200-pound measure. Then, she slid the smaller 50-pound block.

All the way over it went.

She dutifully moved the bigger one to 250. Slid the 50-pound block over again. Again, all the way over it went.

It begins again with the 300-pound measure, followed by the 50-pound one. It, again, went all the way to the right.

But, that’s where the torturous humiliation ended. The game ended. I was allowed to step back off the scale. That’s right. It’s because that’s as high as the scale registered. The nurse wrote “350 lbs++” on my chart.

After drawing blood, I waited in the examination room for the doctor. I’m a whirl of emotions. Angry. Full of self-hate. Self-pity. This continued on until the doctor opened the door. He comes in and after saying hi looks at my chart.  And, that moment I had dreaded came.

Now this doctor is fantastic. I’d later learn that he wasn’t one to judge me. But, I’d learn to respect his bedside manner. He didn’t pull punches. He told you how it was.

And, told me he did.

He looked me right in the eye and said, “We’ve got a problem, here.”

He went on to say he’d never seen where the scale hadn’t been able to get a true weight. Long story short, he did the physical and said to me: We have to do something about getting your weight down.   But let’s see what the blood tests show before we decide on what to do.

We talked a bit about eating more fruits and veggies, cutting down on sweets, what one would expect to hear. But, I’d heard it before; hell, I’d even tried using all those different fad diets to do something about it. And, likely that would have happened again, except a week later I got a phone call from the doctor’s office. My blood test results were in and the doctor wanted to see me again.

I had high cholesterol.

My blood pressure was approaching hypertensive.

Then, the words that changed my life 15 years ago came out of doctor’s mouth.

“If you don’t do something about [your weight] soon, you’ll be dead before you’re 50.”

He could have played nice. He could have made suggestions. He could have. And, as I had done in the past, I would have allowed it all to go in one ear and out the other. But, those words hit me like a truck. At the time, I had six kids. My youngest was just a 7-year-old. I was facing death before my youngest graduated from high school.

I went home and had a serious talk with myself.   While I had worked out a bit and played football every weekend, I knew I was kidding myself that I was truly exercising. I knew that I had to give up that three-pound bag of M&M’s and three bottles of soda I drank EVERY. SINGLE. SUNDAY.

I got my life back on track by eating better and I committed myself to working out every day. It took me well over a year to get my weight down by almost 120 pounds. (I eventually stepped on a scale that went to 385 and pegged that and we guessed I was around 400 pounds.) More importantly, I shed almost 25 percent of my body fat. My blood pressure, too, dropped significantly. And, I no longer had to worry about potentially sticking a needle full of insulin in my thigh.

Fast forward to today. It was a life-changing moment for me and, I’m not only still alive, I am in the best shape of my life. I’ve kept the weight off. My blood pressure is regularly around 115/75. My cholesterol is in line with where it should be. That risk of diabetes is GONE. Was it easy?  No. Is it easy to stay on track?  No.  Do I slip up from time to time? You betcha. But, in the back of my mind that sentence looms: “If you don’t do something about this soon, you’ll be dead before you’re 50.”

Friends, some of you have had that “Come to Jesus” moment.  Others of you know it may be coming, and others of you may, like I did, want to live in denial. But, remember this. It doesn’t need to be that way. You can change things, but you have to face reality and choose to do something about it. If not, then you too might be facing death long before you should be.

RECENTLY ANNOUNCED: Lindsey Stirling to play the Palace on Nov. 8