PICK of the WEEK: Phantogram comes home to play The Egg 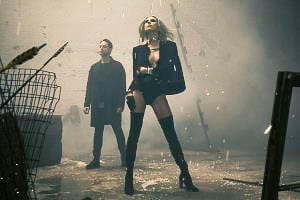 ALBANY — Greenwich natives Joshua Carter and Sarah Barthel bring their dream pop, electronica and trip hop back to the Capital District for one night at The Egg on Thursday, July 27, at 8 p.m.

There is a harder edge to Phantogram’s songs than when Carter and Barthel started out as Charlie Everywhere in 2007. The breathy vocals and electronic soundscapes featured in early songs such as “Mouthful of Diamonds” and “When I’m Small” have been replaced with big beats and in-your-face vocals, as found in more recent hits as “Black Out Days,” “Fall in Love” and “You Don’t Get Me High Anymore.”

Carter told TheSpot518 in January that the change to a more aggressive sound was fueled in part by audience reaction to the band’s shows early in their career.

“I can’t cite a specific moment, but I remember people saying to us, ‘I love the music, but I can’t understand any of your lyrics because they were so buried in the mix,’” said Carter. “So, I think it’s a combination of playing live shows and gaining confidence.”

As it edges closer to mainstream success, Phantogram is proving that a Capital District band can have an international following.

“I’m proud and happy to represent our home area,” said Carter. “It’s a testament that you don’t have to be from New York City or Los Angeles or Austin or San Francisco to be successful.”