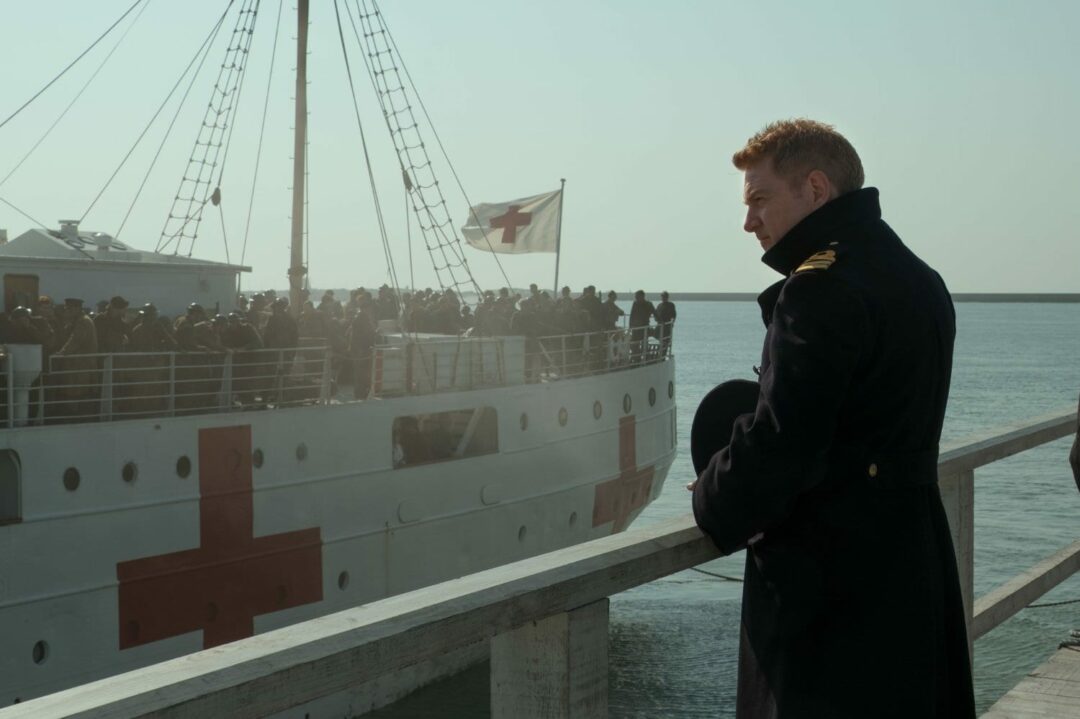 Critically acclaimed director Christopher Nolan seems somewhat godly with “Dunkirk,” a suspenseful and poignant film set during World War II that concerns the namesake’s evacuation, which was released to cinemas nationwide on July 21.

The way he proficiently makes use of the four classical elements—earth, air, fire and water—altogether results in beautifully captured sequences and truly helps visually inform the viewer of the scale of the conflict then. The war was fought on all three fronts: fighter planes in the skies; submarines, U-boats, ships and destroyers in the waters; and all manners of land vehicles one can easily look up in a documentary or textbook.

This sentiment was epitomized in a particular scene where a Nazi German fighter plane was finally shot down by a British pilot in mid-air, resulting in the doomed aircraft’s crash into the English Channel. A massive fire suddenly engulfs a portion of the waters, as oil had spilled from a previously-attacked British ship. All the while, helpless soldiers watch from the Dunkirk beach from afar, as smoke, flames and the perpetual noise of passing planes fill the air.

It was at this moment when Nolan genuinely proved himself in this film as the genius filmmaker many proclaim him to be.

The multi-faceted nature of this film was further expressed by the fact that it was presented in three arcs—the Mole, the Sea and the Air—the viewer eventually learning that they each were interconnected and a certain chronology was established.

Suspense was immediately established at the film’s start as a number of British soldiers tried to escape from German gunfire in the eerily-empty Dunkirk streets, and Tommy (Fionn Whitehead) was the only one who successfully made it out alive. Watching each of his comrades get shot down immediately and the camera mercilessly ignoring their corpses as it continues to focus on Tommy’s escape showed how awfully tragic the war truly was. With one bullet, a seemingly fit soldier can get killed instantly. The film did not cower away from violence as blood and even contents from within soldiers’ bodies literally spilled out in certain scenes—the most unforgettable one was when a soldier cried out in agony while holding out his exposed intestines.

Speaking of “cower,” the word “coward” particularly came up when the son of a British mariner asked his father (who was journeying to Dunkirk) if the unnamed solider they had just rescued was indeed one since the soldier (Cillian Murphy) outright demanded they stay away from war-stricken Dunkirk. This intelligently brought up the more psychological side to the war. Shell shock definitely played a huge role in the war and in this film, Murphy’s character warranted pity.

The question of whether “Dunkirk” deserves to be called one of the best World War II films ever made is an interesting one because the film focuses on one singular event: the evacuation of Dunkirk. Other noted films that focus on the war like “Saving Private Ryan” (1998) and “Schindler’s List” (1993) concern different aspects of World War II so it is unfair to compare them with “Dunkirk.” But then again, what makes “Dunkirk” very thought-provoking and intriguing is that it concentrates deeply on just one aspect of the war.

Adolf Hitler and Winston Churchill did not even appear in this film, and the Nazis never really showed their faces. They act like the seemingly-omniscient enemy that lurks from around the corner, under the waters and behind the clouds. That was where the suspense played in too. Whenever the British and French soldiers looked up in horror and watched an approaching German Luftwaffe aircraft, whenever unseen German soldiers exchanged gunfire on land, and whenever a German U-boat shot a torpedo into a British ship, the viewer did not need to see their faces to realize how dangerous they really were.

Hans Zimmer’s score also contributed to this sensation as its haunting and heart-thumping nature made certain scenes all the more dramatic. This was reminiscent of his score for Nolan’s “The Dark Knight” (2005-2012) trilogy which indeed was built on the concepts of fear, corruption and darkness.

One cannot help but root for all the Allied soldiers as they attempted to escape from Dunkirk and sail for England. Notably, the film began with British soldiers encountering raining flyers, the camera focusing on one such soldier who grabbed a flyer and saw a taunting illustration of how the Nazis were aware of their predicament and have concerned them. The main messages were “WE SURROUND YOU” and “SURRENDER + SURVIVE!”

At its core, “Dunkirk” is about survival.

The fusion of gripping action sequences, Zimmer’s suspenseful score, a stellar cast and the emotional punch it packs made it an enjoyably complex film that ironically focuses on one chapter of World War II. “Dunkirk” also comes across as a desire to spread more awareness to the public about the evacuation of Dunkirk, something that is generally less heard of in the Unite States than other key events of the global conflict like the invasion of Poland by Nazi Germany, the bombing of Pearl Harbor and D-Day.

While the film did have a set conclusion of sorts, it still showed that World War II was not over yet as one of the main characters, Farrier (Tom Hardy), a Royal Air Force pilot, became a prisoner to the Nazis, despite having saved so many lives by shooting down multiple German Luftwaffe aircrafts. Herein reminded audiences that the war was a mixed bag of tragedy and triumph.

“Dunkirk” poignantly celebrates those two facets, showcasing the Allied soldiers’ heroism and survival while also presenting how terrible the conditions were there. Dunkirk may have been just one episode in World War II but Nolan brilliantly emphasized how it was such an important one indeed.

How to eat prior to, and after your workout