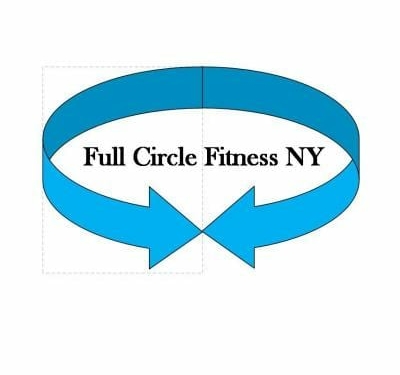 It’s an exciting time here at Full Circle Fitness-NY; last Saturday we opened our second location in beautiful Saratoga Springs. As you can imagine, opening a new location takes a lot of time and work. Laurie and I basically worked more than 100 hours each week these past couple of weeks. Yet, despite working that many hours, we didn’t stop focusing on our fitness. You see, the biggest excuse people have to not working out or cooking in is, “I DON’T HAVE ENOUGH TIME.”

Perhaps you’ve said it yourself. Well, it’s my job to tell you the truth, even when I know it’s going to anger you and make you uncomfortable.

You do have enough time. You just CHOOSE to spend it on other things.

Here’s the truth. Study after study shows the average American spends more than 11 hours a day staring into a screen — whether it be the TV, their phone, a computer or tablet. That’s a LOT of screen time.

Yes, some of that is work time, but the truth is much of it isn’t. For example, most studies put the number of television hours watched per day somewhere between five and seven hours.

Think about that for a second. There are 168 hours in a week. If you spend six hours a day watching television, you have spent 42 hours sitting on the couch each week. Yet, those same people will still argue they don’t have the time to exercise. If they took just ten percent of those hours to exercise, they’d have more energy and have happier and healthier lives.

It’s about your priorities

As I said, Laurie and I worked in excess of 100 hours these past couple of weeks, yet still managed to get our workouts in and eat good, nutritious meals. Even though we were working 14 to 16 hours a day, seven days a week, we STILL got our exercise in and ate right. It was a priority to us.

So, when you say you don’t have time, well my friends, you’re going to have to look in the mirror and really see if that’s the case.

So how did we do it?

Well, first of all, each Sunday we did our meal prep. It takes us on average less than 90 minutes to do ALL our cooking for the entire week. And, unlike those prepackaged meals many people buy, they are good, wholesome meals. Oh, and they aren’t loaded with salt either.

As we cook we pre-portion everything and put it into containers.

No time to cook or too tired? No problem! Just grab a meal and nuke it. Voila, two to five minutes later, dinner is ready. We’ve had steak and potatoes, meatloaf and mashed cauliflower, baked ziti and meatballs, and several other cost effective meals that we spend about $75 a week on groceries.

Each day, we made the time to do some form of exercise. Some days it may have been for an hour and some days honestly it was about 10 minutes — but we did something. And, it wasn’t always in the gym. Sometimes we just went outside and did some calisthenics. Other times we went for a walk, or snuck in a bike ride. But, each and every single day we did something. And, that is not only how you get on track, but stay on track with your health for life.

You see there will ALWAYS be a reason you can find to not eat healthy or exercise. You’ve heard all the excuses (and likely used them) before.

But, the truth you don’t want to hear is, none of them are true. They are simply excuses you are using to avoid making your health a priority. That’s the cold, hard truth. So, instead of making excuses why not put yourself first, and make your health and happiness the priority in your life.

Dan Romand is co-owner and operator of Full Circle Fitness-NY in both Colonie and Saratoga Springs. He is a certified personal trainer, and a regular Health & Fitness columnist for TheSpot518.

EDITORIAL: Stop cutting the line to 911