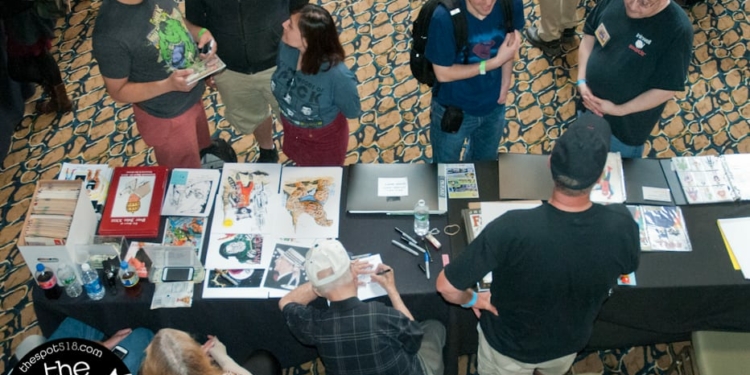 COLONIE — Cosplayers took to the stage, or rather the catwalk, at Albany Comic Con on Sunday, June 4, at the Radisson Hotel.

Fans of comic books, graphic novels and vintage toys flocked to the Radisson Hotel once again, as they do every year, but the fashion show was something new. Dozens of cosplayers — costume players commonly dressed as a character from comics, movies or television shows — walked the catwalk, many of whom designed and assembled the outfits themselves.

Below are a few images captured from Sunday’s convention.

NIGHT and DAY: Almost Queen and Beauty and the Beasts