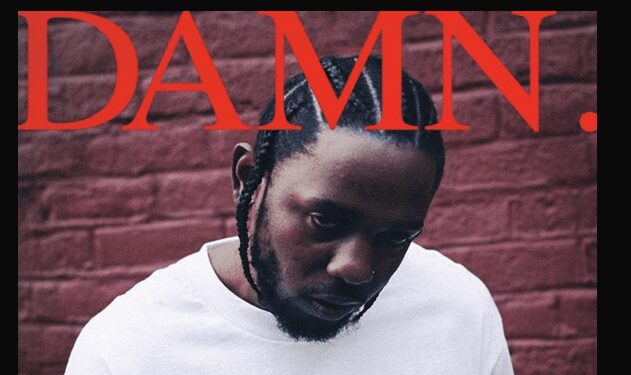 With the release date hinted at in the blistering assurance of industry dominance that was the “The Heart Part IV.”, Kendrick Lamar took the spotlight from Drake’s More Life, and put it back to where it belonged, illuminating his coveted pedestal as the greatest rapper alive (one, two, three, four, five). Within a week of it’s release of DAMN., Lamar’s fourth studio album, Lamar claimed the #1 spot on Billboard’s Top 200 albums and achieved the feat of having every track of DAMN., on Billboard’s Hot 100, and then later seeing the infectious, bass rattling, Mike WiLL Made-It produced “HUMBLE.” shoot to the top of the singles chart.

Lamar signed with Top Dawg Entertainment (“TDE”) as a teenager, and the label continues to be one of his artistic homes. Following mixtape success, Lamar produced his first album, the conceptual Section.80, in 2011. Section.80 was met with moderate critical approbation, but it was the 2012 release of Lamar’s Good Kid, M.A.A.D. City which firmly established Lamar in the mainstream and demonstrated the heights that his lyrical dexterity and artistic craftsmanship could reach. 2015’s much-lauded blend of Def Jux-style abstract hip hop and Madlib-infused jazz rap, To Pimp A Butterfly, is chaotic in comparison to the more linear, cinematic self-portrait of Good Kid. The very fact that Damn. is being released in such quick succession to the masterpiece that was TPAB is remarkable in its own right. The dust from Lamar’s last studio release is still settling, with fans and scholars alike still dissecting its incredibly dense lyrics.

“BLOOD.,” the album’s first track, functions as a type of overture for the album, rooting the Old Testament foundations, psychological tensions, and dissociation politics and violence that unify DAMN. The track opens with three troubling inquiries representing the dominant tension of the album’s narrative. With a hauntingly resigned pace, over soulfully eerie production, Lamar relates an anecdote concerning the narrator’s moral conscious, which compels him to offer help to a blind woman, who in tern murders him. This anecdote, an allegory for the battle between “wickedness” (violence, pride eg.) and “weakness” (humility, love, e.g.), opens the door for the exploration of the “point” of such morality in the first place, offering a through line similar to TPAB’s spoken word outros.

This dichotomy is exacerbated by the tension between society and self, and public (read: fame) and private; the qualities deemed to be “weak” are, Lamar suggests, those that signal integrity. DAMN.’s Deuteronomy-infused musings are largely Old Testament derived, and its relative bleakness is intertwined with startling aggression bruising confidence, a side to Lamar that is not often seen in his music. The recurrence of the Old Testament throughout the album is perhaps a nod to Lamar’s dismay about the current political and socioeconomic climate in the United States: there is no savior, and salvation is individual. This album of irresolution is evocative of the dissociation of the Trump Era; as U2’s Bono asserts in his three lines during “XXX.,” Following “BLOOD.’’ in a startling change of pace, “DNA.,” with its Mike WiLL Made-It 808 production, focuses on the conflict between opposing aspects of the psyche (cast in DAMN. as the abovementioned “weakness” and “wickedness”), which present themselves straight away in the first verse “DNA.” and the album as a whole, struggles with the idea that resolution is elusive; the existence of the self is, in and of itself, defined by paradox. This resignation is cemented with the track’s final lyrics, “Sex, money, murder—our DNA”; instinct and genetics. Thus, “DNA.” becomes Lamar’s meditation on the Freudian Eros and Thanatos, with Eros present in the tension between the subjects of the tracks “Love” and “Lust,” and the death drive that becomes pervasive through the violence that threatens throughout the LP. In “PRIDE.,” clearly the converse of the album’s chart-topping single “HUMBLE.,” Lamar opens in a similar fashion.

Lamar continues to build upon the foundation laid down by Good Kid and TPAB with DAMN., with its tightly interwoven tracklist and focus on notional ideas of identity and religion. The dependence of each track upon the other and the role of each individual track in terms of the larger album composition make it challenging to cite any tracks as particularly lacking. “LOYALTY.,” the much-anticipated track featuring Rihanna, is clumsy; her vocals clash unpleasantly with the production, the track lacks energy overall, and the chorus simply seems amateur with a repeated refrain of “Loyalty, loyalty, loyalty.” While “HUMBLE.”’s vibrant energy and rap-along vibe compensates for its simple chorus, the empty production and uninspired lyrical content of “LOYALTY.” disappoints. “LOVE. FEAT. ZACARI.,” the companion to “LUST.,” is drastically different to other tracks on the album and it takes some adjustment of the senses in order to appreciate its place in DAMN. Upon initial listens, however, “LOVE.” may at times remind listeners of cookie-cutter 1990s R&B hooks. The Kendrick Lamar-and-U2-Collaboration likely inspired fear in the hearts of many; Bono and his crew have not been associated with artistic innovation, by any stretch of the imagination, since Achtung Baby appeared in 1991. However, “XXX.” is more than passable.

DAMN., like the rest of Lamar’s major label discography, is meant to be consumed sequentially; this is not an album that lends itself well to the “shuffle” option. The narrative coherence, and thus, the cerebral topics that sped Lamar to the top of his genre in terms of critical acclaim and public appeal, would disappear. The narrative arc present in this LP is nearly operatic in its construction; Lamar provides an overture, employs leitmotifs, delivers recitatives, and uses shifts in tone, mood and style to create a dense, nonlinear album which leaves room for personal narratives to take root. The picture painted is perhaps the most expansive of the Lamar’s four studio releases, DAMN. seeks to endure, to carve out a permanent spot for Lamar in the history of hip-hop, and leaves the listener with more questions than answers.